LAS VEGAS, CES 2013 – Samson’s iQ5 is a Lightning-connected stereo mic which rotates to give proper left and right channels whether you’re shooting in landscape or portrait.

That’s right – Samson is enabling portrait-format video. Shame on them. 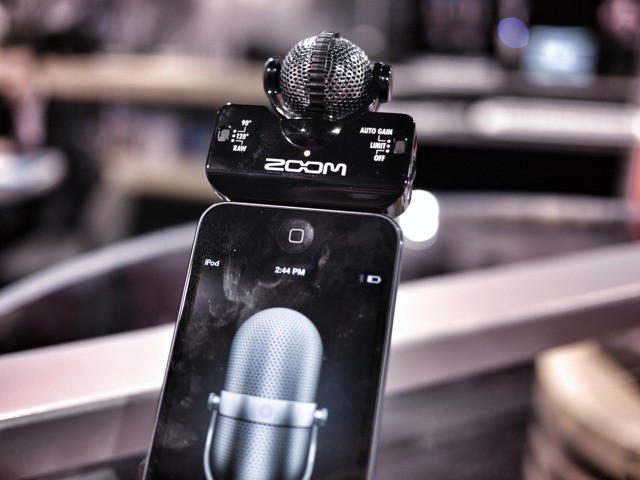 More pressing, though, is what to call the ball? I told the guy on the Samson booth that it looked like a glitter ball, and he just kind of stared at me a moment before resuming the conversation. When I told Erfon the same thing, he thought that it was “British” for freshly-shaved nuts, or something like that.

Apparently, these things are called “disco balls,” or “mirrorballs.” Whatever.

The iQ5 works like any USB audio device, and is powered via the Lightning port. It also has a jack for monitoring, a microUSB port for pass-through charging of the iPhone or iPad within, three modes – 90, 120, RAW – and an analog gain wheel. It also matches the on-screen mic in the in the Voice Memo app.

But most of all it looks like a glitterball.