Welcome to the most awkward booth at CES. There are battery packs for your iPhone and MacBooks. You can check out a new stylus. On display in the corner is an external iOS drive. They even got some new iPad cases on too. But don’t let those products distract you from the real show: the four naked women standing on display.

Scantly clad booth babes are a common sight at CES, but HyperShop has taken it to a whole new level by unabashedly displaying naked women at their booth. They claim it’s art, and maybe it is (what is “art” anyway?), but what the hell do these naked women have to do with battery packs?

Hyper’s booth is the most interesting place to see CES attendees interact with products. Hordes of men skitter along the outer edges of the Hyper booth, catching glances of the women and their body paint. A few will stop and take a picture, and then more decide to join in, until a growing mob now clog the walkways, preventing everyone else from getting to other destinations.

You can come on into the Hyper booth and look at their products – they have a cool iPad camera kit that we wrote about. There’s even a model/DJ who will spin you some beats while you talk with the sales reps about the newest products for iPhone and iPad. But the entire time you’re there you feel awkward about the giant elephant in the room.

As you come into the booth the four women stare straight ahead. Expressionless. They’re probably bored as hell. If you come by the booth early enough you can even watch them get painted up next to their corresponding background. They’ll even do poses if you ask nicely.

When you come by you try not to gawk, but eventually, you fall prey to it and look a model up and down. You might even snap a quick picture to tweet saying how deplorable it is. I did. Is it right or wrong? We don’t know. But don’t ask the models for any stats on battery packs. You won’t learn a damn thing. 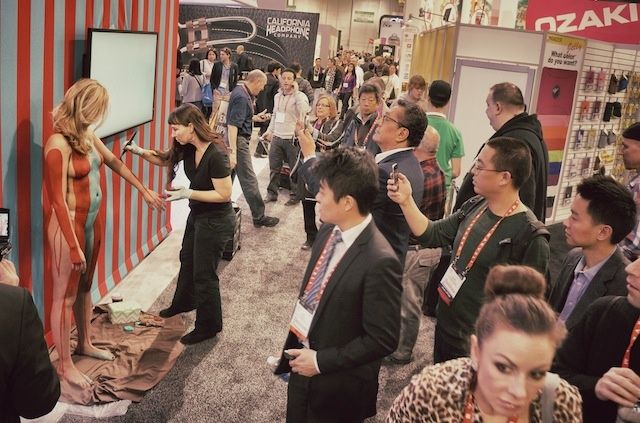 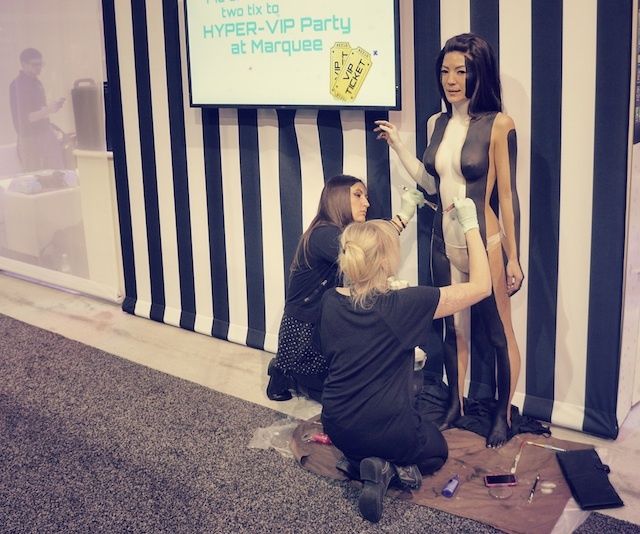 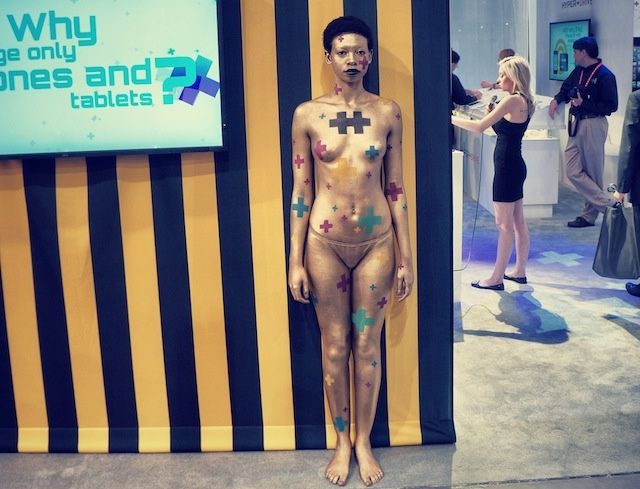 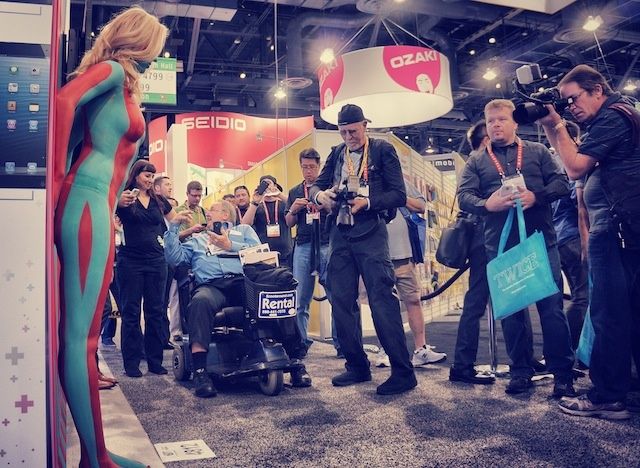