LAS VEGAS, CES 2013 – I honestly believed I’d seen pretty much everything in iPhone cases. I’m existentially bored with them, like if Camus wrote about tech writers.

So it was notable to me as I walked through the iLounge Pavillion today that a small booth of cases actually caught my eye and for just a second, made me go, “Hey, I haven’t seen that before.” The cases are by Huckleberry; called Chara-Cases, they turn your iPhone 4, iPhone 5 or iPod touch into the equivalent of a big, colorful action figure.

The Chara-Cases line is launching with cases from the Marvel and DC comics universes, respectively, so there’s a full line-up of super heroes, including Spider-Man, Venom, Iron Man, Captain America, Batman, Superman, Wonder Woman, and so on. And Huckleberry’s looking to expand the characters on offer consistently every month, with Pixar, Disney, Muppets and Despicable Me characters all coming out later in this year. 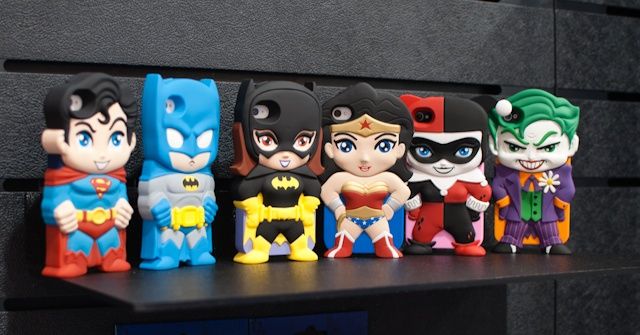 The cases are pretty gigantic, so these aren’t exactly the kind of cases you’re going to use if you aren’t either a kid, a man-child or an absolutely die-hard fan, but if I was a kid, I’d love these. They should start going on sale soon for $34.95 a pop.