Apple says EU’s potential charging cable mandate ‘stifles innovation’
A brand-new Tetris game is already out on iOS
Get this powerful VPN protection for up to 10 devices — on sale today! [Deals]
How to make music like the Apple fan who made Steve Jobs dance
Today in Apple history: Macintosh Office gets down to business
How to block privacy-invading read receipts in email
Get 77% off great Just Mobile accessories for iPhone, Apple Watch
iPhone 11 owners report audio issues with wireless CarPlay
Park more safely with a solar-powered smart backup camera [Deals]
Today in Apple history: Super Bowl Mac ad airs against the odds

LAS VEGAS, CES 2013 – Are you ready to have your mind blown? Three words: Bluetooth Clackety Keyboard. More words: without the clack.

That’s right. Matias, maker of the non-clicky Quiet Pro, has released a tenkeyless version of the mechanical-switched keyboard, and it has Bluetooth, which means it works with the iPad. 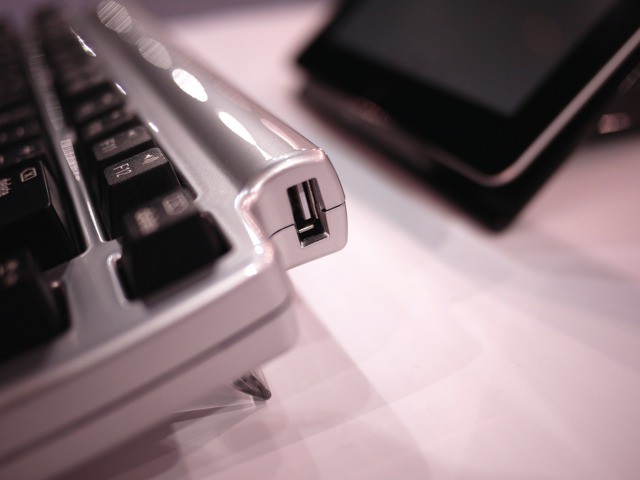 I have tried to use the Matias Quiet Pro I have at Cult of Mac’s Spanish HQ with my iPad, but it is both huge and uses a cable. This little version ditches the number pad and has Mac-friendly keys (including media keys and a function key), and works with the iPad just like Apple’s own wireless keyboard.

The battery is huge. Edgar Matias, the inventor, told me that he put in the biggest battery he could, because why not, right? The 1,600mAh battery lasts for anywhere between six and twelve months, and is also big enough to allow a few USB ports on the keyboard.

There are three ports, and you can plug your charger into any one to both charge the battery and power the other two ports (for charging the iPad as you type, for example.

It feels great, and there will also be a fully clackety model sometime in the future. The Matias Laptop Pro costs $170. The big version (with numerical keypad and USB cable) is $150, and the new small PC version is $130. We’ll be reviewing one as soon as we get one, in a month or so, and your pre-orders will be fulfilled in February.