2012 was a very different year for Apple. For starters, it was Tim Cook’s first year as CEO. While much of Apple has remained the same, Cook has definitely shown that he is a different type of leader than his predecessor. Apple is evolving into something new.

Between four press events and the Worldwide Developers Conference in June, Apple announced an unprecedented slew of new products in 2012. Every single major product was refreshed to some extent, which leaves even more speculation as to what Apple has up its sleeve for 2013.

There have been key executive firings and hirings, heated lawsuits, and scandals. In the midst of everything, Apple managed to become the most valuable company on earth.

While there are many big Apple moments from this past year, we’ve gathered what we think are the 10 most notable stories. Here they are: 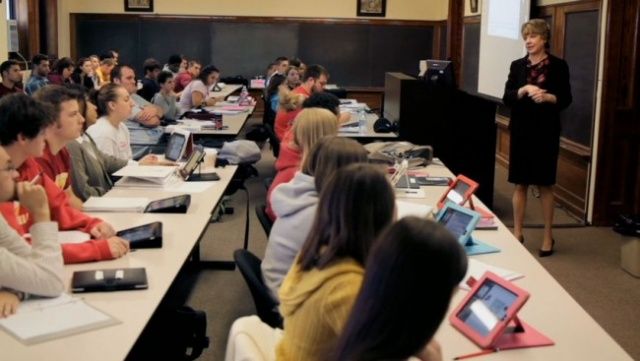 Apple made a huge investment in the education sector with digital textbooks and iBooks Author.

Phil Schiller and co. kicked off the year with a special event at the Guggenheim Museum in New York City. Unlike a general press gathering, January’s event revolved around iBooks and the textbook industry.

Apple announced a partnership with the biggest textbook publishers and brought digital textbooks to the iBookstore. Alongside iBooks 2 and a new iTunes U app, iBooks Author was released as a free tool for creating digital textbooks on the Mac.

Thousands of iPads have made their way into classrooms this year alone, and 2012 has shown that Apple is committed to innvoating on the forefront of modern education. There’s still progress to be made, but Apple is doing everything it can to help offer great tools for educators and students.

Working Conditions In China Go Under The Microscope 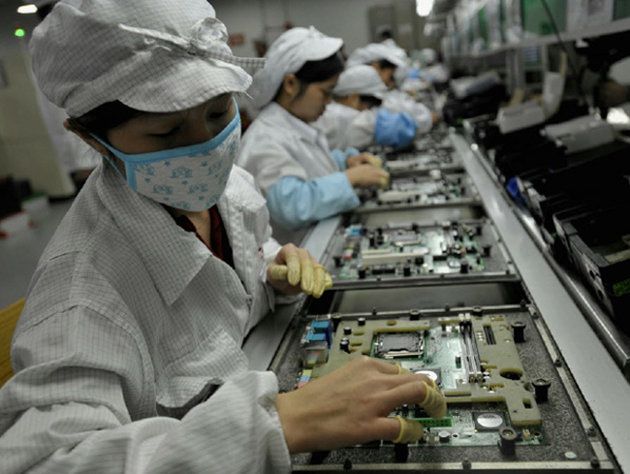 The media become aware of the inhumanity within Foxconn’s walls, and Apple received much of the blame.

At the beginning of the year, The New York Times ran a scathing piece on the poor working and living conditions at Foxconn, Apple’s biggest supply chain parter in China. Workers were jumping to their deaths, and pictures of Foxconn’s suicide prevention nets were all over the American news. A controversial depiction of Foxconn by performer Mike Daisey also stirred emotions, but Daisey’s retelling was later retracted by This American Life. The media latched onto the scandal and the story continued to gain traction until Apple was forced to publicly get involved.

As 2012 progressed, Apple brought in the Fair Labor Association to help asses the problems inside Foxconn and bring about reform. Tim Cook spoke publicly about the ongoing issue on multiple occasions this past year, and he even visited Foxconn to check on the progress himself. Apple started even more aggressive auditing practices to ensure improved living conditions, and the Times recently reported that the situation is starting to change for the better.

Apple has the clout to radically improve working and living conditions for millions of workers at factories like Foxconn. The long-lasting outcome of Apple’s involvement will not only affect Apple. but the entire consumer electronics industry. 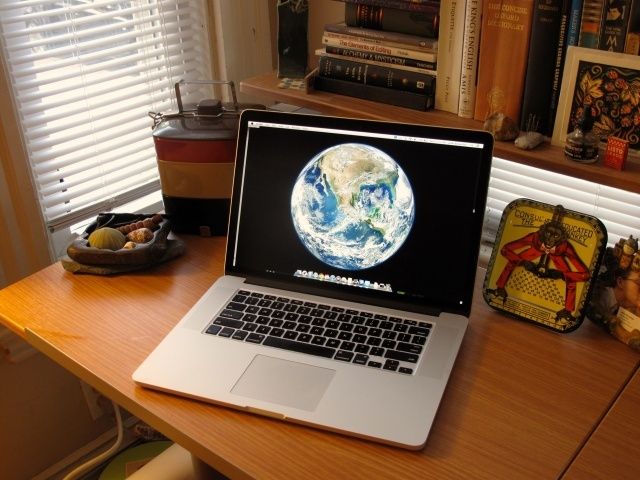 Apple introduced the greatest laptop it has ever made.

At June’s WWDC, Apple unveiled the 15-inch MacBook Pro with Retina display. The all-new computer blended the form factor of the MacBook Air with the power of the Pro. The rest of the ‘ultrabook’ industry was left in the dust.

Apple went on to release the 13-inch MacBook Pro with Retina display at a later event in October.

The most impressive aspect of the Retina Pro is of course the stunning 2880 x 1880 display. Its lightweight, durable, ultra-thin design makes it a very attractive purchase for customers who are willing to pay a little more for the screen and form factor. With HDMI, Bluetooth 3.0, Thunderbolt, and Intel’s Ivy Bridge chip, the Retina MacBook Pro really is the greatest laptop Apple has ever made. 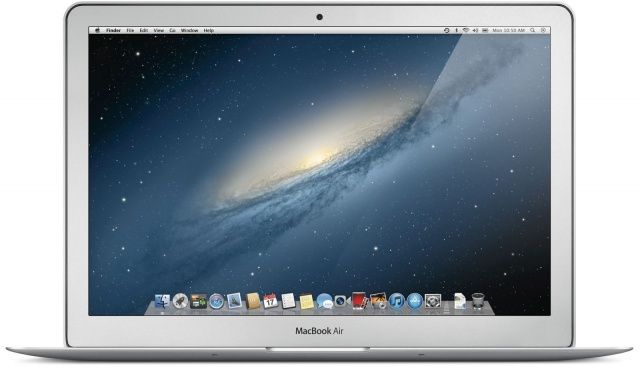 A brand new version of OS X was suddenly unleashed.

The most surprisingly product release of 2012 was undoubtedly Mountain Lion, Apple’s next iteration of OS X on the Mac.

On a typical weekday in February, Apple suddenly announced via an online press release that Mountain Lion would be coming in the summer of 2012. This kind of announced was the first of its kind for such a high profile product, as Apple usually likes to wait for press events before unveiling major updates to OS X. Mountain Lion then shipping in July as an exclusive download in the Mac App Store.

Mountain Lion makes it very clear that Apple wants to keep fusing OS X and iOS together. iOS apps like Notes and Reminders were added in Mountain Lion, and Apple is using iCloud to do away with the traditional idea of the Mac filesystem. 2013 should be an interesting year for OS X as Apple continues to converge the mobile experience with the desktop.

Apple Now The Most Valuable Company On Earth 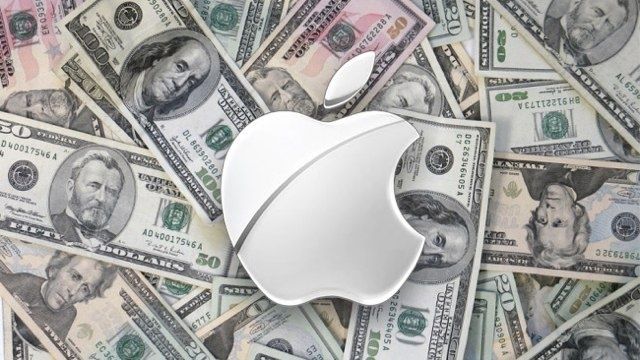 What started in a garage is now worth more than 100 billion dollars.

10 years ago you would have never thought that Apple would be the most valuable company on earth, but that milestone was reached in 2012.

Back in August, Apple was valued at $623 billion on Wall Street, surpassing Microsoft at its peak and even the GDP of smaller countries like Switzerland and Saudi Arabia. Apple has more than $100 billion in cash, which gives it the financial power to do just about anything it wants moving forward.

In September, Apple’s AAPL stock teetered above $700 per share, an all-time high. 2012 was a volatile year for investors, as a combination of factors sent AAPL’s value on a roller coaster ride during the last few months of the year. 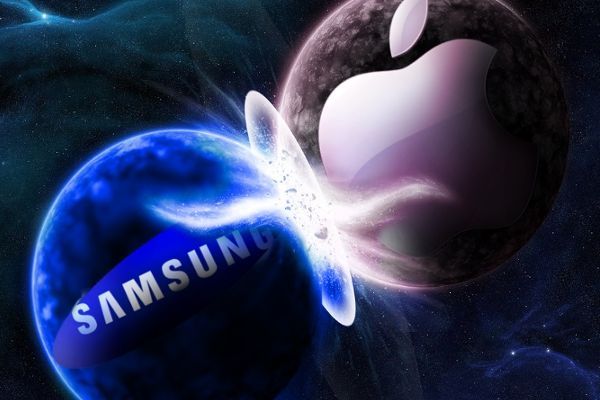 The biggest patent lawsuit in history was won by Apple.

Apple proved the victor in its high profile case against Samsung. After Apple accused Samsung for infringing on several of its software and design patents relating to the iPhone, a U.S. jury ruled in favor of Apple and decreed that Samsung pay $1 billion in damages. If the court continues to side with Apple, Samsung may have to end up paying more.

The money really isn’t the reason this lawsuit is so significant. Apple and Samsung are the two biggest companies in the smartphone business, and both went at each other with guns blazing in the courtroom. Apple proved that its sweeping patent portfolio for the iPhone is defendable in court and simultaneously told the rest of the industry to stop copying the iPhone… or else. Samsung phones run on Android, the iOS competitor made by Google. This case was also a victory against Android in that regard. iPhone competitors should finally start looking less like the iPhone.

Throughout the trial, we also got a look at many early designs for the iPhone and iPad that would have otherwise remained private. Witnesses shed new light on Apple’s design process and how products like the iPhone were invented around a kitchen table.

There’s a whole other level of significance to this case when you think about the patent industry as a whole. Just how can a tech company really own the idea of a rectangle-shaped phone? Apple vs. Samsung will be a case that’s studied for years to come. 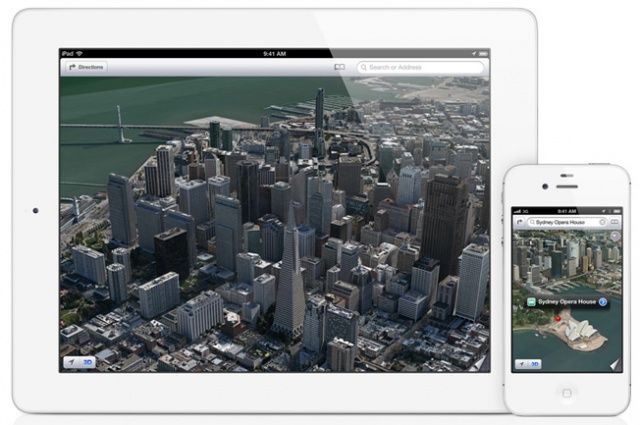 Google was kicked to the curb, and Apple Maps flopped.

Apple’s biggest embarrassment in 2012 was the poor reception of its new Maps app in iOS 6. After releasing the software in September, the mainstream media wrote scathing reviews of Apple Maps for its inaccuracies and lack of basic features, like transit directions and street view.

For a completely proprietary mapping solution, Apple Maps really wasn’t that bad went it came out. The problem was that Apple removed Google Maps from iOS to replace it with its own app, and people had grown accustomed to Google’s experience. Maps was good, but for many, it wasn’t better than Google Maps.

Tim Cook had to issue a public apology, and the negative press continued on later into the year. The initial failure of Maps was even part of the reason Apple fired iOS senior executive Scott Forstall.

The iPhone got its biggest refresh since 2010.

In September, Apple unveiled the iPhone 5, a taller, sleeker, more powerful iteration of the 4S. Apple used new panel technology to create an even thinner display that also sits taller at 4 inches. The iPhone 5 was announced with LTE networking and Apple’s A6 processor.

Apple sold a record-breaking 5 million units during launch weekend, and the iPhone 5 is also Apple’s fastest international rollout, with availability in nearly 100 counties at the end of 2012. 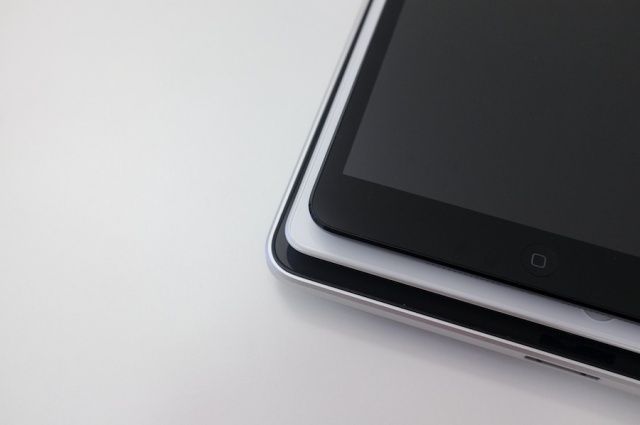 We got the new iPad, the newer iPad, and the iPad mini.

The real star of the October event was the iPad mini. After rumors correctly predicted the form factor and name, Apple announced the 7.9-inch tablet with a $329 price tag.

In 2013, Apple is expected to update the iPad mini with a Retina display of its own. The future of the 10-inch iPad remains to be seen. 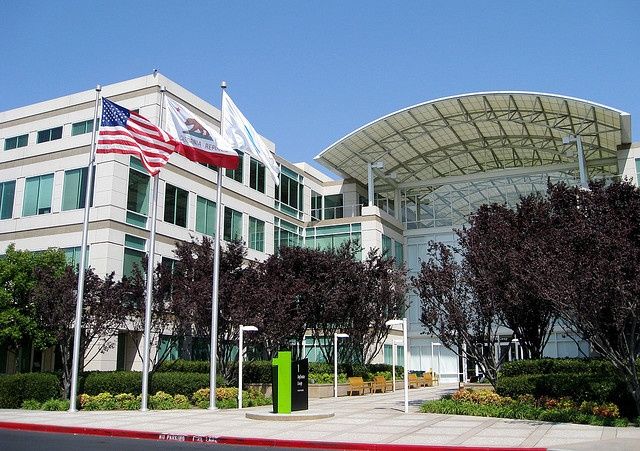 The biggest executive restructuring in Apple’s history says a lot about what to expect in 2013.

At the end of October, Apple fired longtime senior executive Scott Forstall and newly appointed head of retail, John Browett. Forstall’s roots run deep at Apple; he started with Steve Jobs at NeXT. Browett was hired by Tim Cook at the beginning of 2012 to replace Ron Johnson.

Forstall was in charge of iOS, including Apple Maps and Siri. Both Siri and Maps weren’t received well at launch, and there were reports that Forstall was difficult to get along with internally. He was reportedly always butting heads with other executives, and same went for Browett. Apple called their departures a change to “encourage even more collaboration” between teams inside the company. The failure of Maps also created a perfect opportunity to cut ties with Forstall. iCloud exec Eddy Cue is now in charge of all online services, including Maps and Siri, leading into 2013.

Besides the departure of Forstall and Browett, Apple did some more internal restructuring in 2012.

Hardware VP Bob Mansfield was brought back on to lead Apple’s new Technologies group, a mysterious team devoted to advancements in wireless and semiconductor tech. Rumors say that Apple is looking to abandon Intel and create its own processor line for the Mac.

Craig Federighi is now in charge of both iOS and OS X, meaning a more unified vision for both platforms moving forward.

The most important part of the reshuffling is that Jony Ive is now in charge of all design at Apple, including hardware and software. He is the company’s supreme tastemaker, and he has a proven track record that includes the iMac, MacBook Air, MacBook Pro, iPod, iPhone, and iPad. He’ll be calling the shots alongside Cook at the heart of Apple from now on. Apple’s future is bright with Ive.