There have been a ton of great tweaks released for jailbroken iOS devices in 2012. Innovation in the jailbreak community is far from dead, and ideas are continuing to evolve alongside iOS itself. What makes jailbreaking great is the sheer amount of customizability it unlocks. Sometimes a simple idea gives way to a crazy amount of potential. 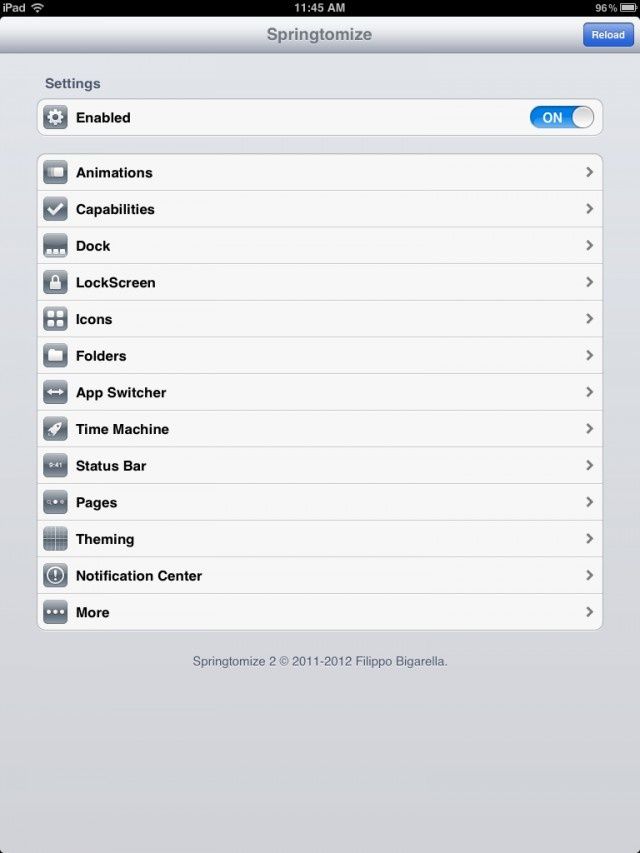 Springtomize is like the swiss army knife of jailbreak apps, and teenage developer Filippo Bigarella updated it to version 2.0 this year.

Springtomize isn’t really an app; it’s more like a giant package of jailbreak tweaks. You can control everything from how many app icons are on your Home screen to change the look and feel of Notification Center. It works on any jailbroken iPad, iPhone or iPod touch.

If you have a jailbroken iOS device, you need Springtomize 2. It allows you to tailor and tinker with how you interact with your device at the OS level. It’s an essential tool.

Android users have always flaunted the ability to unlock their handsets with a gesture. Stock iOS will only let you slide to unlock your iPhone, but Stride brings customizable gestures to the lock screen in an elegant package.

Once you draw your own unique password, your jailbroken iPhone can’t be unlocked without the specific gesture you create. Stride is really solid and actually feels better than Android’s implementation of the feature. Make sure to get Stride in Cydia and show it off to all your Android friends. 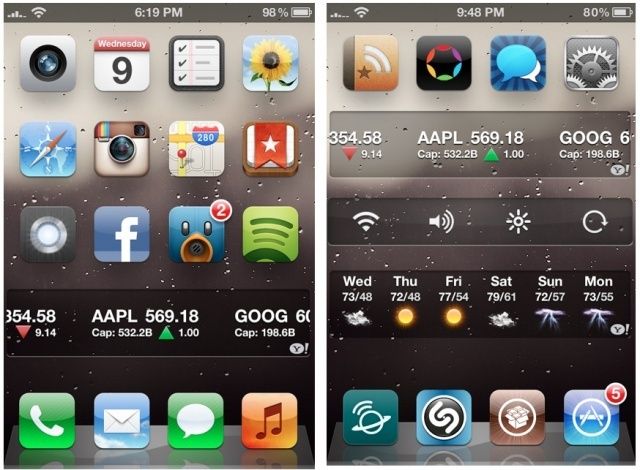 Another Android feature that the stock version of iOS lacks: live widgets. It’s something that many have clamored for Apple to implement, but jailbreakers can already use Home screen widgets with a handy jailbreak tweak called Dashboard X.

Once installed, you can install custom widgets that float next to app icons on your iPhone or iPad’s Home screen. There’s a whole catalog of compatible widgets available in Cydia. A widget like NCSettings gives you quick access to Settings toggles. Dashboard X widgets let you check on stocks, control your music, and more right from the Home screen. As you can imagine, the concept of live widgets works much better on the iPad’s larger display. 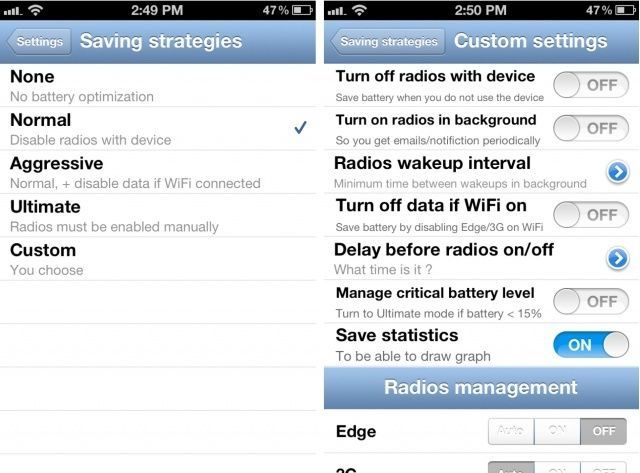 iPhone battery not up to snuff? A really, really smart jailbreak tweak called BattSaver regulates the way you use your iPhone to maximize battery life.

It’s a genius concept, but I noted in my review earlier this year that it could use a little more polish. But that’s not to say that BattSaver isn’t a genius tweak that deserves a lot of credit.

The idea is that there are all kinds of radios in the iPhone that can unnecessarily suck battery life at times. Who needs a WiFi radio on when there isn’t a network within range? BattSaver uses several different strategies to conserve battery life by intelligently switching parts of your iPhone on and off when you don’t need them. You can also create your own custom setup, which can be very powerful if customized correctly.

BattSaver makes you the master over your jailbroken iPhone’s battery. 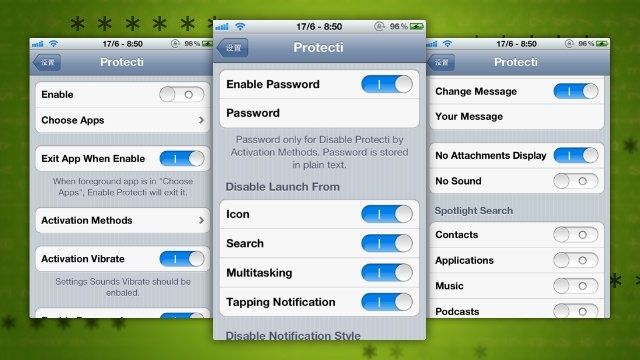 Protecti is that jailbreak tweak you always wish you would have had in a sticky situation. Say that someone grabs your iPhone before you had a chance to delete some embarrassing messages or pictures. Using pre-determined commands, Protecti will lock down certain parts of your iPhone and keep whatever you want hidden from prying eyes.

So, for instance, you could perform a quick gesture on your iPhone to lock the Messages app, block incoming notifications, and hide certain results from Spotlight. Protecti can really be customized to suit anyone’s needs, and that makes it a very powerful jailbreak tweak. 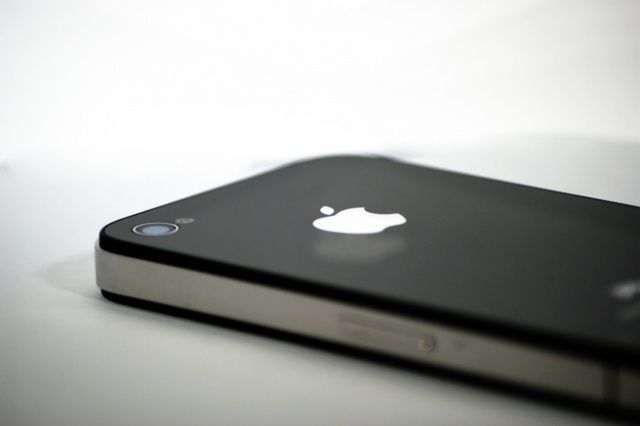 This jailbreak tweak isn’t super innovative, but it’s pretty fun. Turn to Hangup lets you dismiss incoming calls by placing your iPhone on its face. You can also shake your iPhone to silence an incoming call and keep your device from vibrating.

There’s also the chance that you could accidentally dismiss a call, but the idea is still pretty cool. 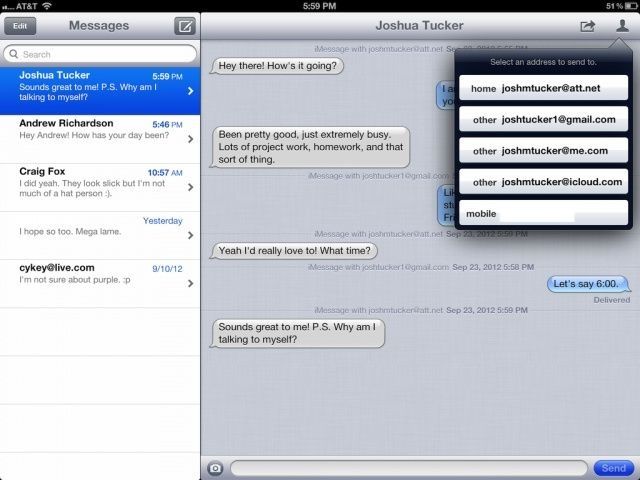 Merge solves a really annoying issue with iMessage that Apple will hopefully address in the near future. iMessages allows users to respond to the same message from multiple accounts, like a phone number and email address. Sometimes this can cause multiple threads to be created in the Messages app. It can get hairy with multiple contacts all messaging from different addresses.

Merge does just what the name implies. Instead of multiple iMessage threads for different IDs from the same contact, each contact in your address book is sorted into a single, easy-to-follow thread. Another neat feature is the ability to choose which iMessage address to send to for a given contact. No more trying to figure out which thread to respond to when you’re messaging with someone. 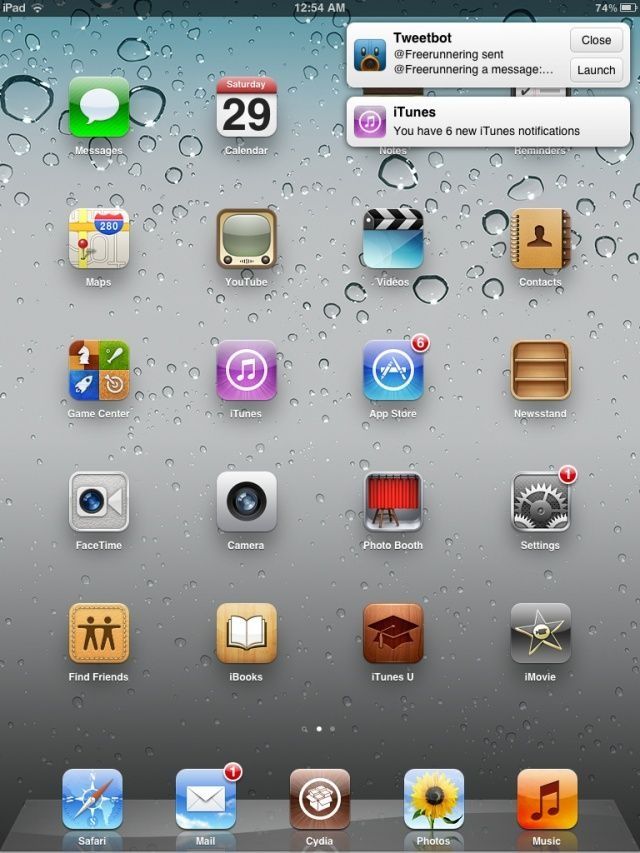 Instead of iPhone-like banners, Emblem brings OS X-like notification bubbles with gestures and message handling. Incoming notifications appear as banners on the right side of the screen. A group of notifications can be stacked and scrolled through with ease in one banner cell, and you can select to close a notification before it queues in Apple’s Notification Center. 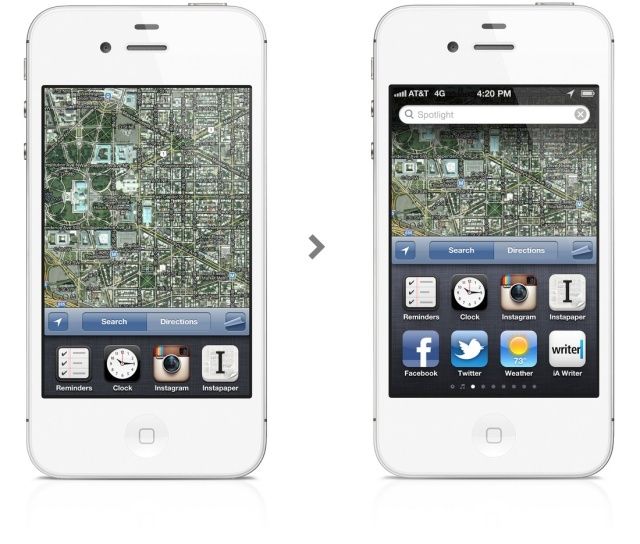 At the beginning of the year, an iOS concept become reality in the form of Switchy, a jailbreak tweak that reinvents the iPhone’s app switcher.

Switchy is designed to maximize the dead space on the iPhone’s screen whenever the multitasking tray is enabled. Instead of one row of icons, Switchy displays two rows. Swipe to the left and there are music controls with album artwork. Settings toggles are also implemented right into the app switcher for quick access. It’s not perfect, but Switchy is an admirable attempt at improving the iOS multitasking experience. 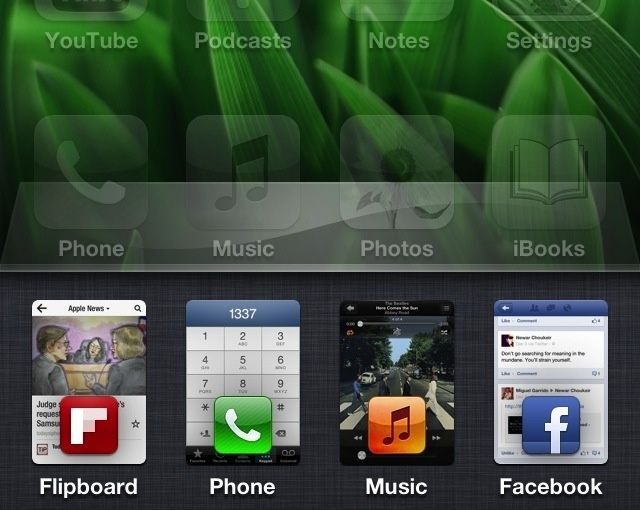 Last by not least is Auxo. Released this month, Auxo is also the product of a well received iOS concept. It is definitely the best jailbreak tweak of 2012.

If Switchy is a good effort at improving iOS multitasking, then Auxo knocks it out of the park. This is the way Apple should do the app switcher in iOS.

Instead of app icons, Auxo displays live app preview cards that can be closed with simple gestures. There’s enhanced music controls and minimal toggles for settings like WiFi, Bluetooth, cellular data, and even screen brightness. The whole tweak is incredibly polished and good looking. It’s hard to imagine Apple doing a better job.

As Switchy and Auxo demonstrate, people are really thinking about how to reinvent the iOS multitasking experience. It clearly needs work on Apple’s end. Here’s to hoping we see some of the jailbreak community’s ideas show up in iOS 7.