I’ve been a fan of Wunderlist for a long time. When it comes to task managers, it has just always been one of the best. Today it has been taken to the next level. In version 2, Wunderlist has been redesigned and rebuilt into a native application on all devices. The app is faster with more features, a web version, and a social experience that makes sharing and collaborating on lists feel smooth as butter.

6Wunderkinder, the Berlin-based company behind Wunderlist, recently canned another app called Wunderkit. The collaborative, team-focused backbone of Wunderkit has been infused into Wunderlist 2. Whether you want to get things done by yourself or with the help of others, Wunderlist 2 is an excellent task manager for all of your devices.

“Wunderlist 2 is our best and most comprehensive app yet,” said 6Wunderkinder CEO Christian Reber. “It goes beyond a simple to-do list and establishes itself as a trusted daily companion. We have looked at every single element of the original Wunderlist and asked ourselves how can we make it even better. So we started at the very beginning, the very core of what has made Wunderlist a success to date — cross platform, ease of use and a beautiful design. Then we began to rebuild with the highest level of precision that will allow for the continued evolution of Wunderlist.” 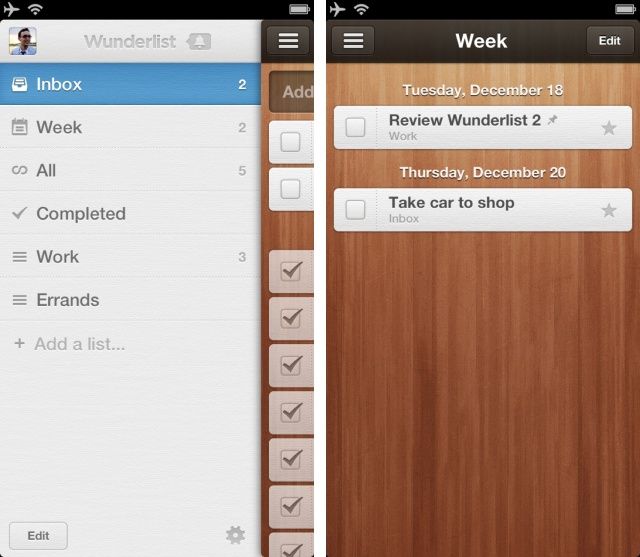 Wunderlist was previously built on Titanium, a cross-platform coding language that can’t really capture the essence of a native app. That was actually my biggest complaint of Wunderlist before I tried version 2; it never really felt like a real Mac or iOS app. There was always a level of polish and fluidity that I wanted to be there, and version 2.0 brings it in a beautiful package. There’s also a web interface for Wunderlist that allows you to access all of your tasks anywhere with a browser.

“Our web app’s ambition is bold in that we are trying to deliver a seamless experience for devices of all sizes from the mobile to large desktops,” 6Wunderkinder told me. “But the web apps still run in second class environments on most mobile and tablet devices, and can so far not fully match the experience that a team of skilled native platform developers can achieve, mostly in terms of performance.”

So you’re going to want the real Wunderlist app whenever possible, but the web version is a nice backup to have.

The design of Wunderlist 2 looks gorgeous on all of Apple’s Retina displays, including the 2012 MacBook Pro. The iPhone app has the swipeable sidebar that apps like Path and Facebook have made popular. There’s pull to refresh for syncing, and you can share lists with others by tapping the top right button. Wunderlist can still be themed with different colors in settings. I like to keep the background minimal with one of the simple color gradients.

“looks gorgeous on all of Apple’s Retina displays” 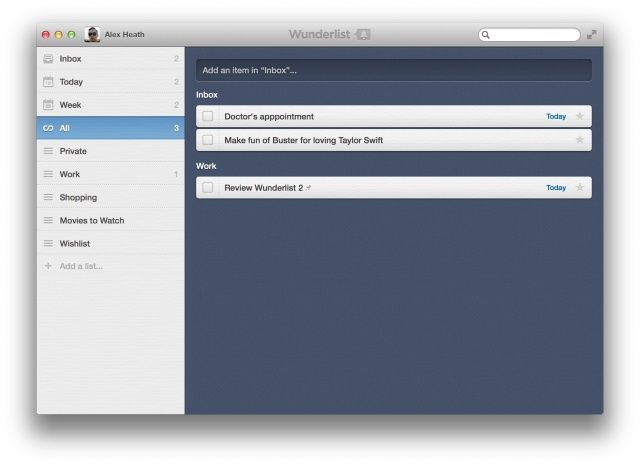 On the Mac, the native redesign shows. Everything is extra responsive and animations are cleaner. A nice touch is that shrinking the window to a certain point will cause the list sidebar to automatically disappear. Drag the edges of the app back out again and the sidebar will come back. This makes Wunderlist 2 great for viewing tasks in a tiny window on the corner of your screen.

Clicking the little ‘bell’ icon next to the Wunderlist name at the top of the Mac app shows your Activity Center HUD. You can connect with your Facebook, manage keyboard shortcuts, and more in the app’s Preferences. 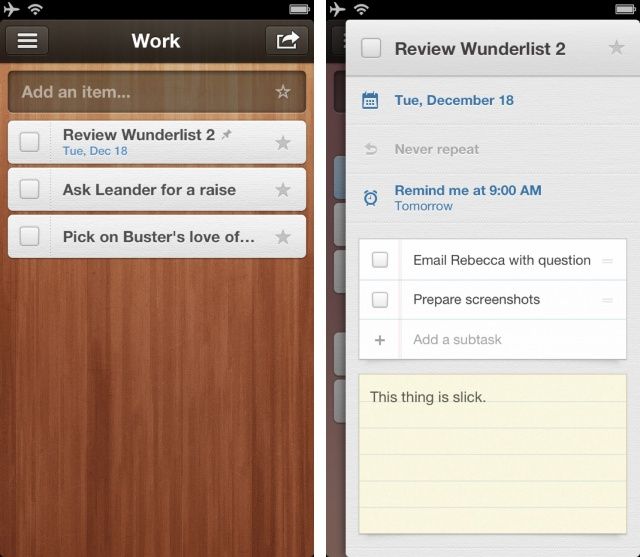 What about new features? Wunderlist 2 finally lets you send yourself reminders for upcoming tasks via push notification or email. As pictured above, reoccurring and subtasks have also been added in the Detail View. You can also add notes for each item, which is a nice addition. Smart Lists automatically appear and disappear when they have tasks that need to be completed or are empty. I’m told that the app’s Cloud Sync has been beefed up, and it would assumedly have to be for the new Sharing experience to work smoothly.

“The power of Wunderkit has been put to good use” 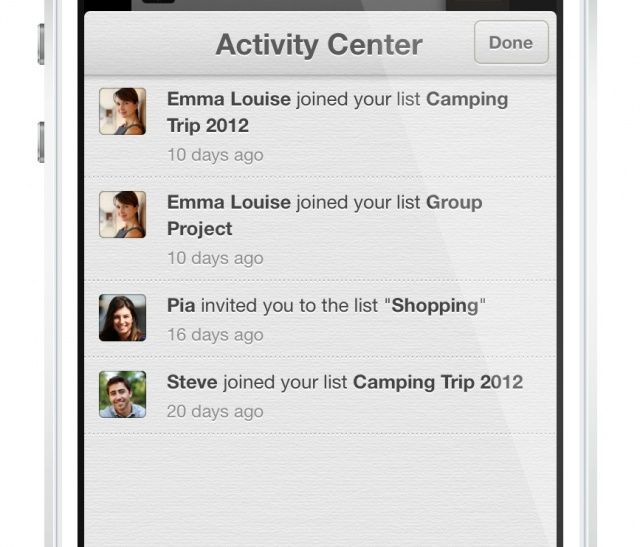 Wunderlist 2 can integrate with your Address Book and Facebook account to include others in certain lists. A new Activity Center hub displays recent activity and who has been working on what. The great thing is that you can have as many collaborative lists as you want while also having your personal lists. It’s very simple and straightforward to connect with someone inside the app, and I can see this being used all the time between work teams or for sharing something like a grocery list with your spouse. The power of Wunderkit has been put to good use in Wunderlist 2. 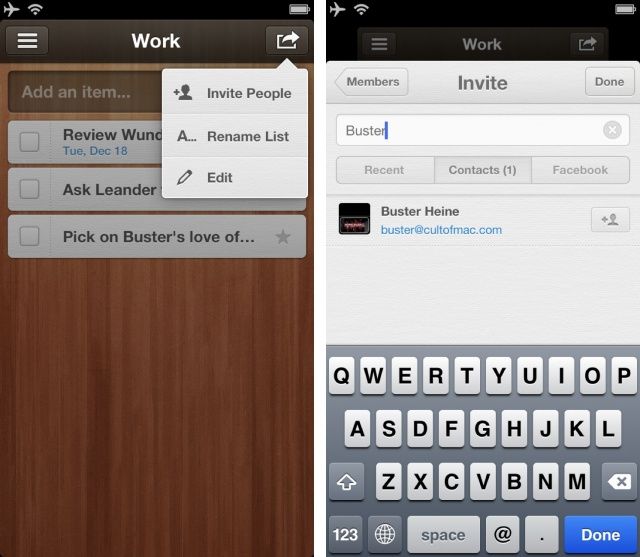 An iPad version of Wunderlist 2 won’t be out until early 2013, unfortunately. “The reason behind delaying the launch of these devices is purely resources, we are launching on five platforms all at once, which in itself is a huge achievement, especially given the size of our team,” said 6Wunderkinder.

Since the original Wunderlist launch back in November of 2010, the task manager has amassed 3 million active users. The cross-platform nature of Wunderlist has certainly helped, but my guess is that the price tag really sells it all. Wunderlist 2 remains totally free on every device. That makes it one of—if not the best—app in its class. You’re not going to find this kind of robust feature set with cloud syncing for free anywhere else.

I highly recommend Wunderlist 2. It’s available now for free on iPhone, Mac, web, Windows, and Android. You can download it on the 6Wunderkinder website. The iPhone version is available in the App Store.