This week’s must-have games roundup begins with a wonderful new building game called Middle Manager of Justice, in which you take charge of Justice Corp., a team of superheroes that are on a mission to save the city’s inhabitants. We also have Monsters, Inc. Run, a new running platform game from Disney; Sport Interactive’s latest Football Manager Handheld title, and more.

Middle Manager of Justice is one of the best building games that’s hit the App Store for some time. You play a man who’s been hired to manage the latest branch of Justice Corp., a team of superheroes that thwart crime and save the citizens of the city. You’re in charge of training and management, so you’ll have to build new facilities, upgrade existing equipment, and more to keep your team of heroes on top of their game. It’s then up to you how the superheroes are used. The title features nice visuals, and a unique take on building games that you’re sure to enjoy.

This one’s likely to be more appealing to your kids than it is to you, but having said that, I’ve been having a lot of fun with it over the last few days. I’m not sure what that says about me, but I prefer not to think about it. Monsters, Inc. Run is a new running platform game from Disney in which you play as Mike, Sully, and other monsters in an effort to save Boo.

You’ll run, jump, and power your way through 48 levels across three worlds, taking advantage of more than 20 power apps to help you along the way. There’s also an endless running mode that’ll let you play for the highest possible score. 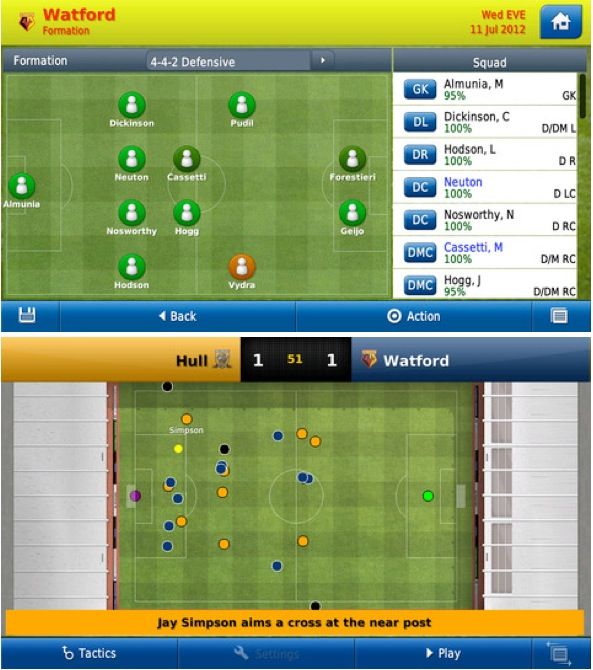 I know this game should be called Soccer Manager in the United States, but Sports Interactive chose not to change its name — that’s just something you’ll have to accept. Football Manager Handheld 2013 is the latest in a series of terrific football managements simulators, which allow you to take the hot seat at your favorite club and lead your team to glory (or relegation, depending on how good you are).

The game includes fully updated databases for the 2012/13 season, new playable leagues for Northern Ireland and the Republic of Ireland, a great player comparison feature, and improvements to media, news, and matches. Like its predecessor, this game also includes the popular Challenge Mode, which lets you tackle a series of challenging scenarios with a clear goal to achieve.

If you own Football Manager Handheld 2012, I must admit that not a lot has changed this time around — the biggest reason to upgrade is the updated databases. But if you’re a diehard fan of the series, it’s certainly worth your cash.

There’s been a radiation leak at a nuclear power plant and the local are acting “strange” — eating brains and things like that. It’s up to you to wipe them out in this side-scrolling shoot ’em up. Grab a gun, chainsaw, rocket launcher, or any other weapon that takes your fancy and take back what’s left of your town.

There are five playable characters to enjoy over “infinite” stages, with plenty of Game Center challenges to work on and tons of upgradeable weapons. If you’re a fan of side-scrolling shooters, Call of Mini: Brawlers is well worth a look — especially at just $0.99.