Carbon fiber tripods are great, aren’t they? They’re slim on weight, and if they’re built well, are steady as an oak. Problem is, good ones can cost $600-$800 dollars, and unless you’re regularly shooting for cash, it’s hard to justify spending that kind of cheese.

So when Manfrotto asked me to check out their 290-series MT294C3 carbon fiber tripod ($250 legs only, $319 with 3-Way Pan/Tilt Head as I reviewed it) I pointed at them, stroked my mustache, and said, absolutely. Manfrotto’s a known name in the photo world, but would their new series of affordable carbon-hewn tripods be worthy of their pedigree? I set out to see.

At 3.53 pounds Manfrotto’s 294 tripod is not the lightest set of legs in the world, but it also feels much lighter than most. I could easily pick up and move the 294 with one hand, even with the head attached and my camera mounted. I definitely couldn’t do that with my older all-aluminum setup. The lighter weight is great and would make the 294 a good option for hiking or backpacking.

But even though the 294 is light, it’s absolutely sturdy. I didn’t find a single wiggle or wobble anywhere; that’s a pleasant surprise for a “budget” carbon tripod. These would work as well in a studio as they would out in nature.

It’s not all carbon and fibers though. Manfrotto used a lightweight aluminum on the load-bearing head mount and leg release switches. And all those aluminum pieces feel very high quality, like the lightweight stuff they put in airplanes. 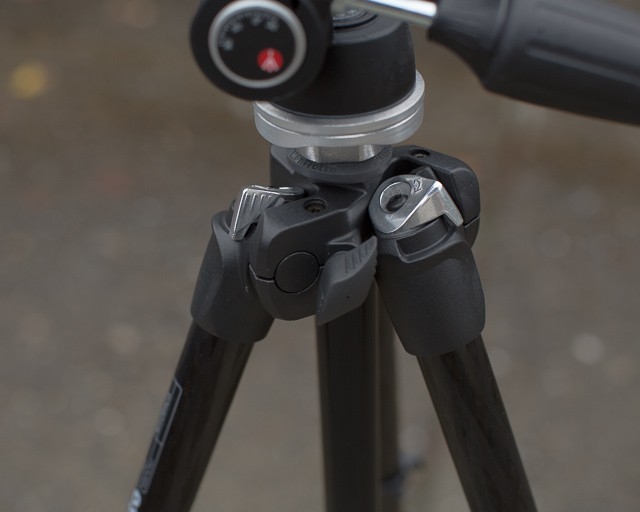 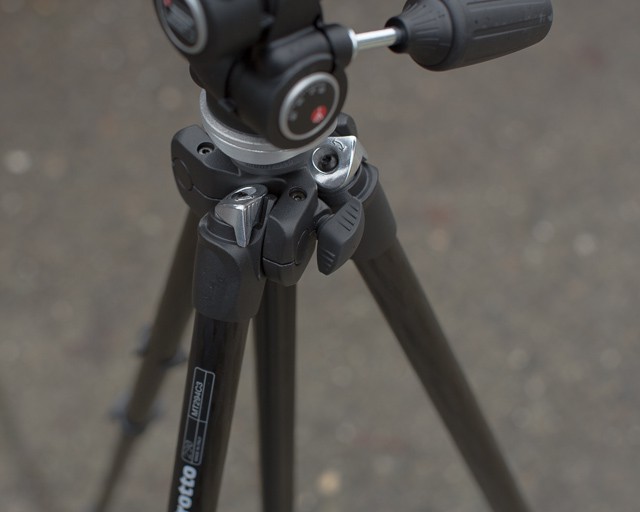 I’m also pleased to report that the legs extended and retracted smoothly without hiccup. This is usually a problem area for “affordable” carbon fiber tripods. Not an issue on the 294s; they’re so buttery, they should have Fabio as their spokesperson.

Operationally, the 294 is very basic, but all that you’d expect or need in a standard tripod. They can extend your camera steadily to a height well above your head (about 6 feet), or can hover your camera about 16 inches above ground (not including head height). And with the ability to handle loads up to 11 pounds, it should be able to accommodate almost any DLSR/lens combination.

The 294’s legs also have a wide stance orientation that is super sturdy and gets your camera very low to the ground. 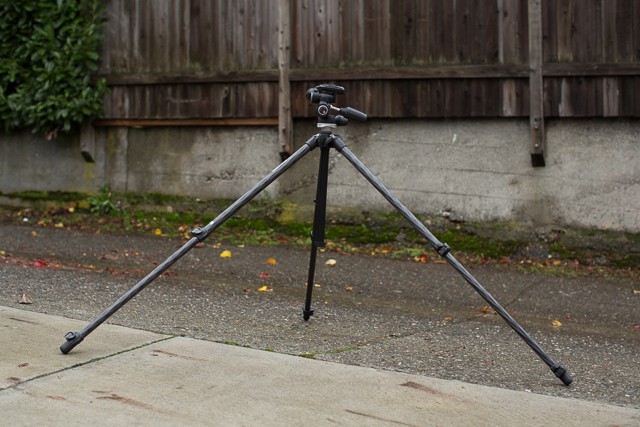 And for those who care about such things, Manfrotto says the 294s utilize “next-generation carbon tubing,” meaning they’re sturdier and perhaps lighter than before. I also think the fiber-woven legs look cooler. 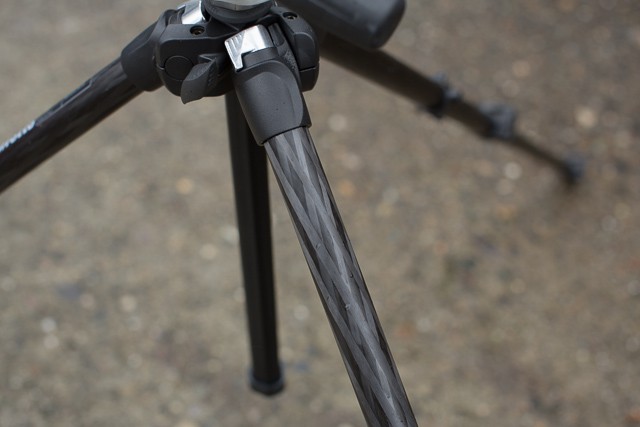 Finally, though out of the scope of my review, I do want to say that I quite liked the Manfrotto 804RC2 3-Way Pan/Tilt Head included with my tripod. It’s a perfect starter head, is fairly light weight, and can be bought together with the 294 legs for $319. But as of this writing, some retailers are offering a $50 holiday rebate on the combo (until Dec. 31 2012), so you could get this head and the 294 exactly as I tested them for $269. 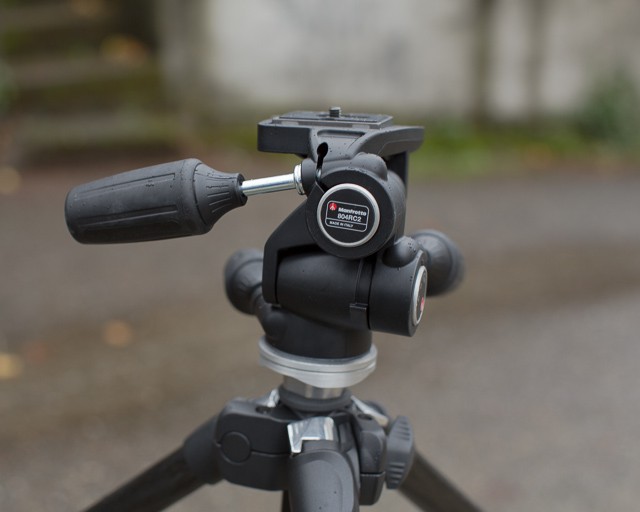 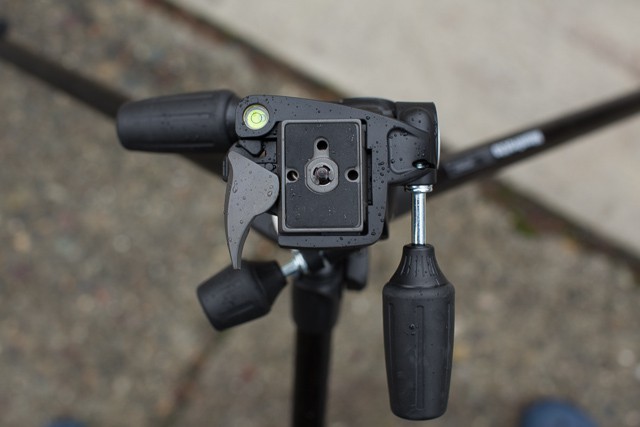 With a tripod of this caliber, my bad comments are more like nitpicks, but I do have some worth mentioning.

First, though the 294 can be orientated in a wide stance mode, it doesn’t go as low as I would like. I’d love to see Manfrotto decrease their minimum height even more while in that orientation. I’ve seen some tripods get inches from the ground.

Second, leg locks. At $250 for a carbon fiber tripod, Manfrotto had to make some concessions somewhere, and often times leg locks is where that happens. Not to say the clamps don’t work well, they seem to work great, but they feel like they’re manufactured from an inexpensive plastic, and that makes me wonder how many open and closes they’ll endure before they decide they’re going to retire. 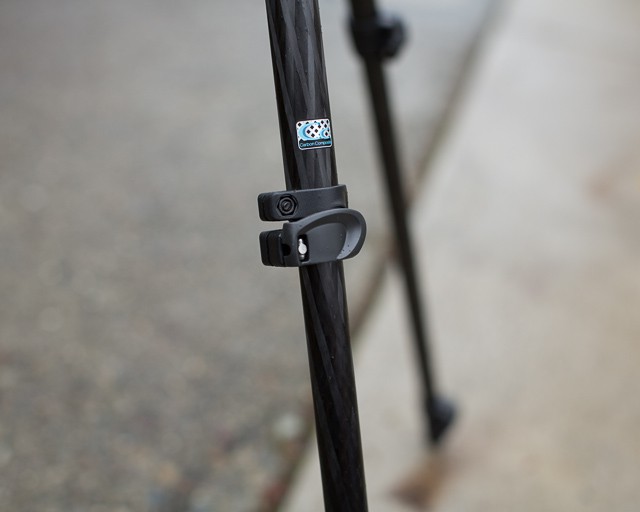 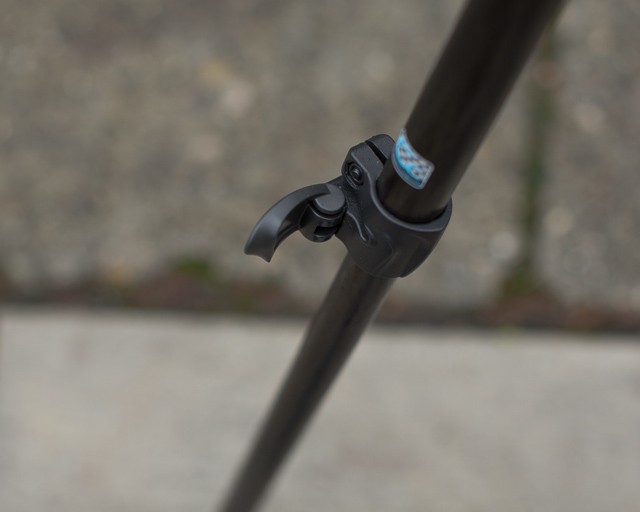 With the 294s, Manfrotto set out to make an affordable, lightweight, high-quality carbon fiber tripod for advanced amateur photographers. They succeeded. To me, the 294s strike a great balance of weight, features, and cost. I would absolutely recommend them to anyone looking to go light-weight without maxing out their credit card. And if you need a head too, now’s the time to buy. 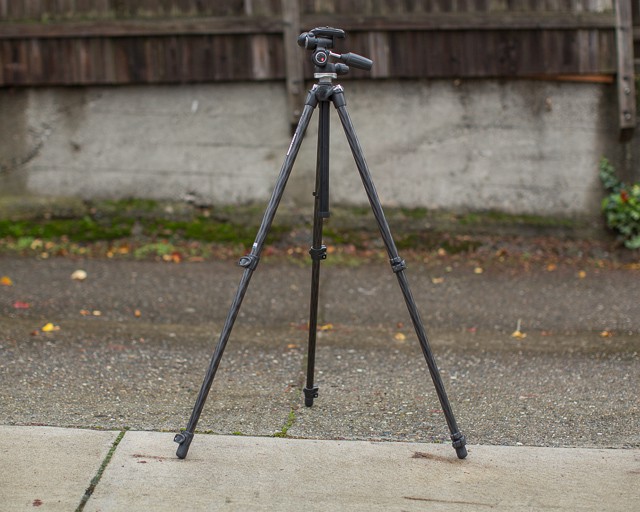