Power! It’s the stuff I’m always hunting for in the halls of conventions, like the upcoming 2013 Consumer Electronics Show (CES). For you see, when you’re multi-touching your iPhone 5 morning, noon, and night, a once-a-day charge isn’t going to cut it.

So this year, when I’m gadget-hunting on the floors of CES, in my bag I’ll definitely be carrying the Mophie Juice Pack Powerstation ($79). It’s tiny, looks great (more on that in a sec), and will charge a dying iPhone 5 up to two times. Yes sir, in my short time with it thus far, I reckon it’s already become one of my favorite new iPhone accessories.

Most power bricks are fugly. And because you love Apple, I know you’re into good-looking products. Mophie’s little Juice Pack looks great, much like an iPhone 4 in fact, with a steel band around its perimeter, and the glossy black (or white) plastic on its top and bottom look and feel high quality.

This little charger also features a simple, elegant way to tell you how much power its has left. With the press of a button, up to four green LED lights illuminate to indicate the Juice Pack’s current charge level.

Two USB ports are all that’s left to tell. One’s for connecting your iDevice via Lightning or 30-pin cable; one is used to charge the Juice Pack itself (USB cable included).

But the best part of the Juice Pack is just how fast it charges my iPhone 5. Mophie says the battery inside the Powerstation is designed for high output. Whatever magic is baked in, it works. I’ve never used a charger that was able to power-up my iPhone so quickly. It’s delightful to wake my iPhone every few minutes and see the battery meter make a jump.

So what other iDevices will this charge? Any of them, really. Juice Pack is capable of switching between 500mA, 1, 2.1 amps. So could it be used to charge your iPad? Mophie says yes. I say, kinda.

So Mophie says the Juice Pack Powerstation can “virtually quadruple the battery life of your iPhone,” but that wasn’t my experience. In my repeated tests, the Powerstation was able to get my iPhone from near-dead (between 4-10%) to full just about twice. I found that a little underwhelming considering the claim.

Mophie also claims that Juice Pack can charge your iPad. Technically, that’s true, but it’s most definitely not going to charge it all the way. Juice Pack’s battery has a 4000mAh capacity. The iPad 4’s battery is closer 11,000mAh; so the iPad’s battery has about 3 times more capacity than the Juice Pack Powerstation—you do the math.

Ok, the Juice Pack Power isn’t going to get you four charges on your iPhone and one full charge on your iPad, but it is still a fantastic portable charging station. In fact, I’ve never used one that was better. It looks good. It works great. It has a small, portable size.

Need power on the go? This is one juice-pack I’d highly recommend. Plus then we could be power-up twins. 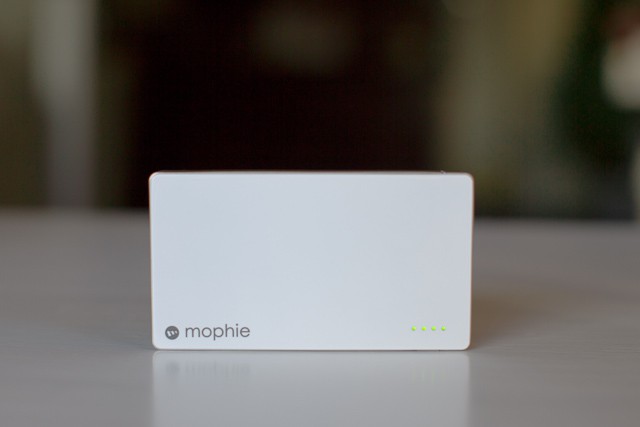 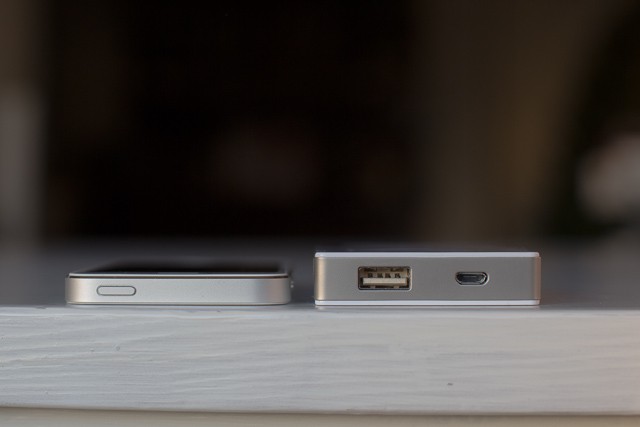 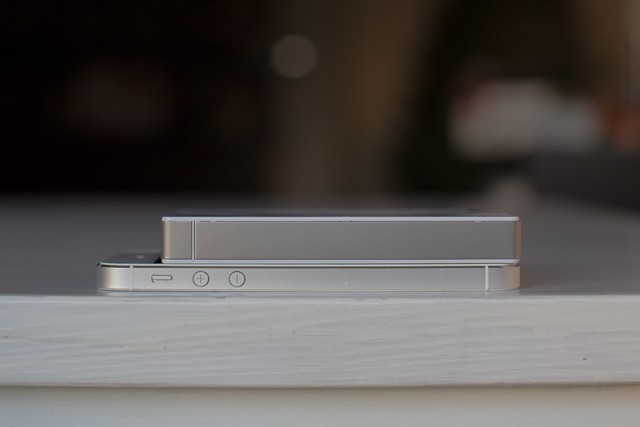 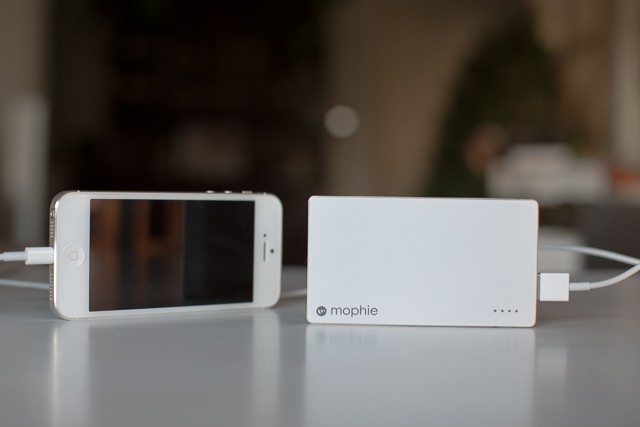