At long last, a full year after its iPhone debut, the Call of Duty Elite app (free) has finally made its way to the iPad. I can finally view my Xbox Live carnage on my iPad 3’s big, beautiful, retina display screen. But besides peeping kill counts, this freshly minted app also introduces some very interesting new features.

I like to pwn noobs. And once the Xbox is off, I like reviewing my kill/death ratio, match stats, and other relevant Black Ops II information so I can see how I performed. The Elite app brings all the stats you love to track to the iPad, and presents them in a useful, well presented, beautifully retina way. I now love side-swiping through my matches, and checking out by kill/death (and other stats) on the easy-to-read line graph. Yes, this is the same information you can get on the iPhone version of Elite, but with more screen real estate, it looks a whole lot better on the iPad. 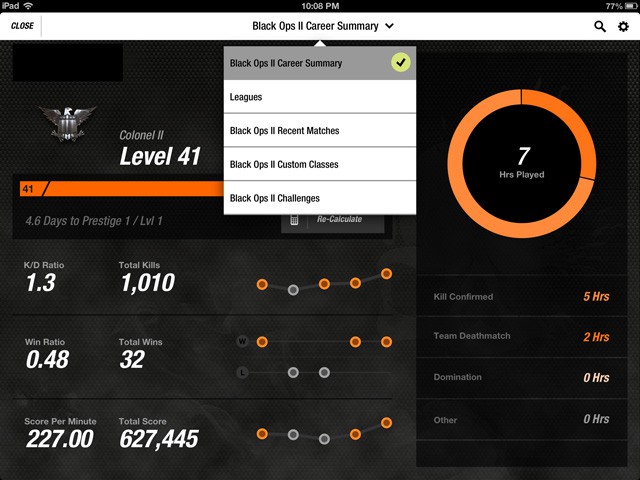 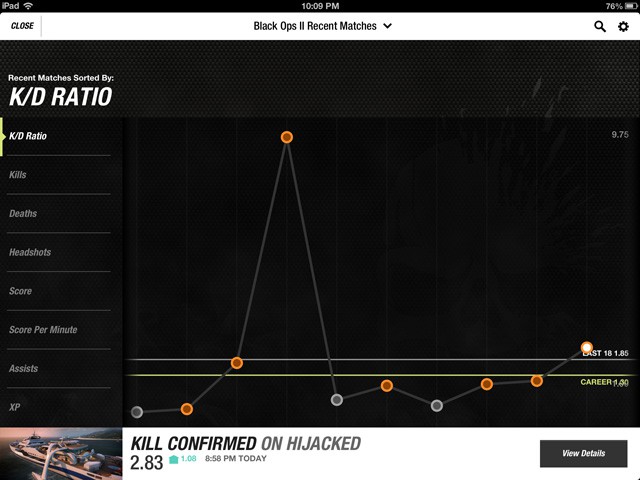 And all this statistical goodness is free! That’s a good price. Previously, some Elite stats were reserved for suckers customers willing to pay an Elite membership fee — I was one them. But now the full Elite service is free to all; they should have always been in my opinion. 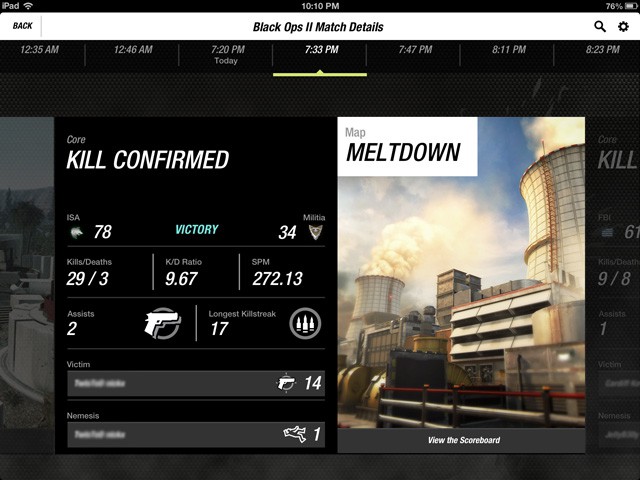 Beyond stats, a feature I often ignored on the iPhone is now actually useful on the iPad. That feature is class building. For those still confused, class building is putting together “classes” or sets of weapons and perks you can use during the game. The Elite app allows you to tinker with and build your custom classes, then, when they look good, send them to the game for use. I didn’t’ care for the feature on the iPhone because the small screen was a little too claustrophobic for this kind of picking and choosing. The iPad’s screen is perfect, though, and I love seeing all the weapons, explosives, and tactical gear in super saturated retina quality.

Renaming classes is also easier on the iPad, because, have you ever tried to spell out words with only an Xbox controller? 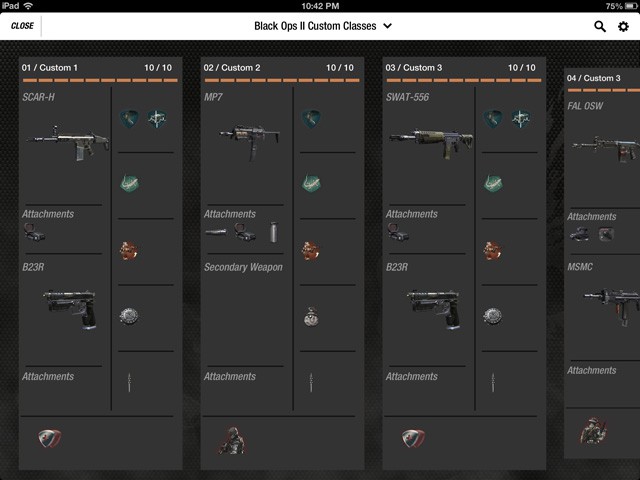 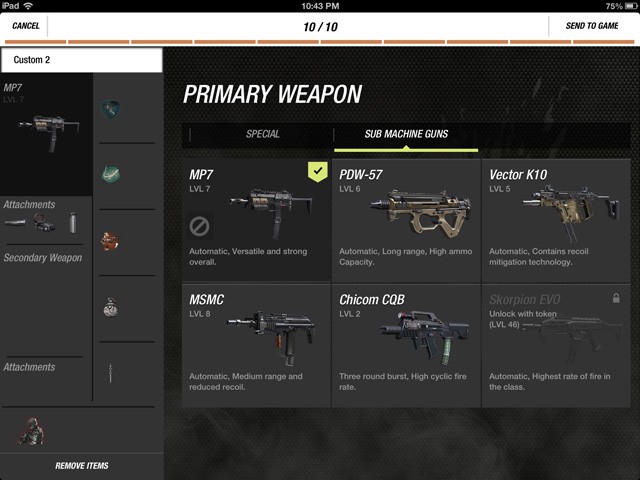 And though not exclusive to the iPad (the iPhone version just got these features too), I do really like the new Clan management screen added to the Elite app, and even better, the Elite TV feature. Seriously, how did I ever play CoD without Elite TV? This feature, for those who haven’t experienced it yet, allows you to watch all sorts of great Call of Duty videos, like features on how to improve your game, tutorials, staff picks of previously played games — you can even watch streaming games being played right now. For us first-person shooter fans, that’s like letting us watch live sporting events for the first time. I’m ready for the tailgate party! 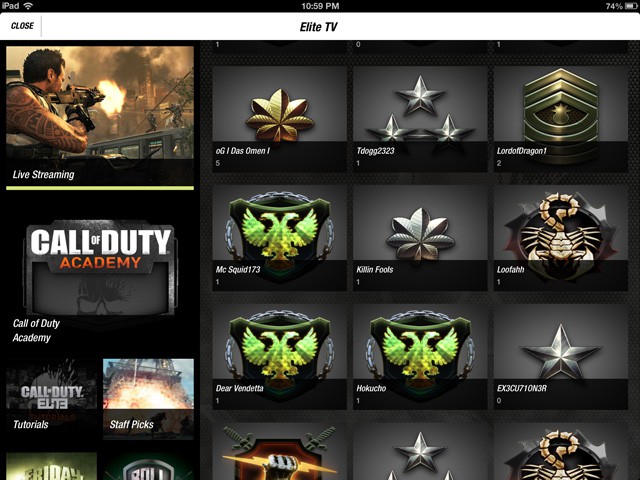 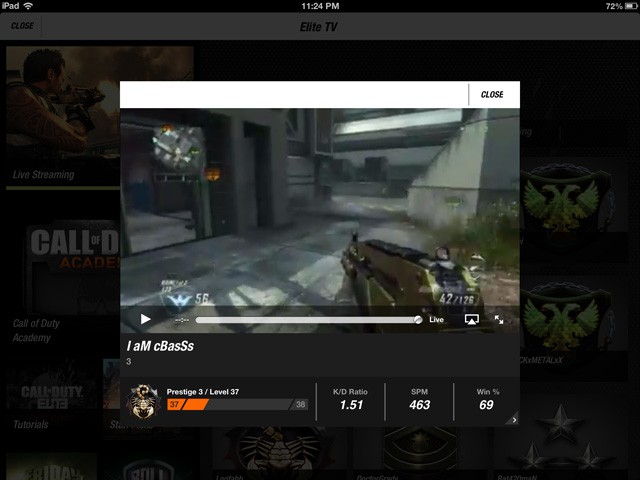 It’s annoying when apps lock you into one screen orientation; it’s downright spiteful when that orientation is horizontal. Why can’t I use the Elite app in the vertical position? Who knows. But it’s horizontal only for this non-rotating app.

Another minor gripe is how choppy gameplay footage can be, especially because they are already presented on the iPad’s beyond-HD screen in the video definition of the 90s: standard def. To quote one of my favorite internet memes, when it comes to videos being choppy and slow-loading: ain’t nobody got time for that.

The Elite app just keeps getting better, and if you’re a Call of Duty player who owns an iPad, you need to download it right this moment. It’s free, useful, beautiful, and is hands-down the best way to track your Call of Duty game stats.