Meet Ken Segall — the man who dreamed up the name “iMac” and wrote the famous Think Different campaign.

Segall is a veteran creative director who worked at Apple’s agency, TBWA\Chiat\Day, back in the day.

“I’ve put in 14 years working with Steve Jobs on both Apple and NeXT,” says Segall. “I’m the author of the Think Different campaign and the guy who came up with the whole “i” thing, starting with iMac.”

In this exclusive interview, Segall talks about working with Steve Jobs, how Jobs initially hated the word “iMac,” and the importance of the Think Different campaign to Apple.

Think Different — The Campaign That Helped Save Apple

Back in 1997, Apple was just six months from bankruptcy. Jobs was busy trying to save the company, mostly by cutting back. He needed to remind people what Apple stood for — both customers and staff. The best way to do that was a new advertising campaign.

Jobs asked TBWA\Chiat\Day to craft a campaign that reminded the world what Apple was about, what the company meant. “It was a pretty pure assignment that doesn’t come along very often,” Segall says.

At the time, Jobs often talked about how successful Apple had been in the past. “What are we going to do to recapture the spirit of that company?” he asked. “We’ve got some great products coming but we need to communicate to the world what the company stands for.”

The TBWA\Chiat\Day team quickly came to the conclusion that Apple isn’t like other companies. It doesn’t follow the rules. It thinks different. The slogan, Think Different, was dreamed up by an art director, Craig Tanimoto, Segall says.

“We had a lot of ideas in that area; it was one of those things up on the wall. Everyone says, ‘Huh, that’s pretty good.’ Like a lot of things, we were not really sold on it straight away, but it grew on everyone.”

On his blog, Segall describes how the campaign evolved:

With the concept in focus, it was now just a matter of developing the campaign that could best deliver it. We went down many roads – with and without a human presence, with and without mice (yes, mice). The breakthrough came when we stepped back and realized that the spark driving Apple existed long before Apple. In fact, it existed long before electricity. The ability to think creatively is one of the great catalysts of civilization. So the logic seemed natural: why not show what kind of company Apple is by celebrating the people Apple admires? Let’s acknowledge the most remarkable people – past and present – who “change things” and “push the human race forward.”

The Think Different campaign became a huge success and ran for five years. Customers loved it. It became a rallying cry for Apple employees, and it won every award, including the first Emmy for a commercial.

Naming the iMac the “iMac”

Jobs promised to follow up Think Different with a line of unique computers. One day, the TBWA team flew up to Cupertino and were led into a secret room. In the middle of a conference table was a big lump covered by a cloth.

After a couple of words, Jobs whipped off the cloth. There in the middle of the table was a see-through plastic teardrop — the first Bondi-Blue iMac. No one had ever seen anything like it.

The TBWA team was horrified, but no one dared say so. “We were pretty shocked but we couldn’t be frank,” Segall recalls. “We were guarded. We were being polite, but we were really thinking, ‘Jesus, do they know what they are doing? It was so radical.”

Jobs said he was betting the company on the machine and so it needed a great name. He suggested one at the meeting, Segall says, but it was terrible. It would “curdle your blood.” Segall declined to say what Jobs wanted to call it.

Jobs said the new computer was a Mac, so the name had to reference the Macintosh brand. The name had to make it clear the machine was designed for the internet. It also had to be applicable to several other upcoming products. And it had to be quick: the packaging needed to be ready in a week.

Segall says he came back with five names. Four were ringers, sacrificial lambs for the name he loved — iMac. “It referenced the Mac, and the “i” meant internet,” Segall says. “But it also meant individual, imaginative and all the other things it came to stand for.” It “i” prefix could also be applied to whatever other internet products Apple was working on.

Jobs rejected them all, including iMac.

“He didn’t like iMac when he saw it,” Segall says. “I personally liked it, so I went back again with three or four new names, but I said we still like ‘iMac.”

Segall didn’t hear any more about the name from Jobs personally, but friends told him that Jobs was silk-screening the name on prototypes of the new computer. He was testing it out to see if it looked good.

“He rejected it twice but then it just appeared on the machine,” Segall says, laughing. “He never formally accepted it.”

While working on the name, Jobs purposely worked in a small, tight-knit group. He didn’t want to have a lot of opinions at the table. He also didn’t do any market research or testing.

“Apple in my entire time never tested a thing in print or on TV,” Segall says. “Everybody else tests everything.”

Segall is delighted that iMac grew on Jobs. “It’s a cool thing. You don’t get to name too many products, and not ones that become so successful. It’s really great. I’m really delighted. It became the nomenclature for so many other products. Millions of people see that work.”

Segall says over the last few years, the debate about dropping the “i” prefix has come up several times at Apple. “They’ve asked: ‘Should the company drop the “i”?’ But there’s a desire to keep it consistent: iMac, iPod, iPhone. It’s not as clean as it should be, but it works.”

Segall lives in New York, and spent many years commuting back and forth to California. During the Think Different days, his team met with Jobs every other Monday at Apple’s HQ in Cupertino.

“I’ve got some great emails from him,” Segall says. “I might publish them one day, but he’ll never talk to me ever again.”

Jobs is a very Walt Disney-like character, Segall says. He’s best at creating teams — that’s how he’s creative. “He surrounds himself with creative people and gives them room to be creative,” Segall says. “He’s an interesting combo of taste, no compromise and charisma.”

Occasionally Jobs can be scary, Segall says, but he’s mostly charismatic and fun. “More times than not, he’s a charming, funny guy,” Segall says. “His charismatic, fun side is what makes everyone want to follow him around.”

But he sometimes freaks out. “I was around for a few good flare-ups but they weren’t directed at me,” Segall recalls. “He mostly got mad if things hadn’t moved forward; if he didn’t see two weeks of work out of you. That’s when he got annoyed. Everything’s in constant motion at Apple. There’s always new products.”

Segall was still consulting for Apple until a couple of years ago when he started working for Dell.

“Dell and Apple: It’s night and day,” Segall says. “It’s a transactional world Dell lives in. It’s all about numbers. Everything they say about Apple making products for themselves is true. Apple — it’s about changing the world. For everyone else, it’s about the money.”

Check out Segall’s blog at KenSegall.com. 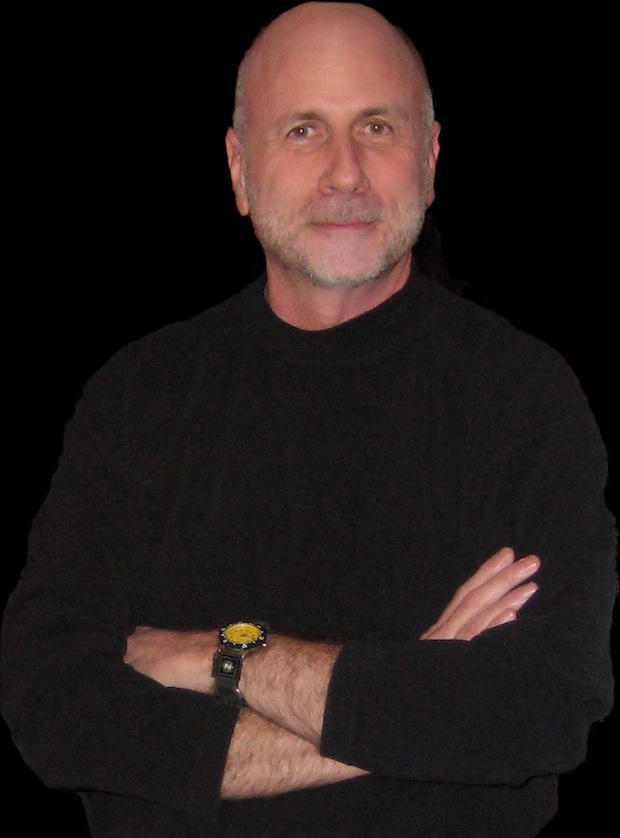