If there’s any company that gets content creation on the iOS platform, it’s Algoriddim. The Germany-based development firm is behind djay, the most intuitive and polished software of its kind on iPhone and iPad.

Music mixing isn’t Algoriddim’s only forte. Back in June, vjay for iPad was announced. The app brought live video remixing to the tablet experience, and today vjay has arrived on the iPhone. To celebrate the release, Algoriddim is also discounting all its iOS apps for a limited time in the App Store. 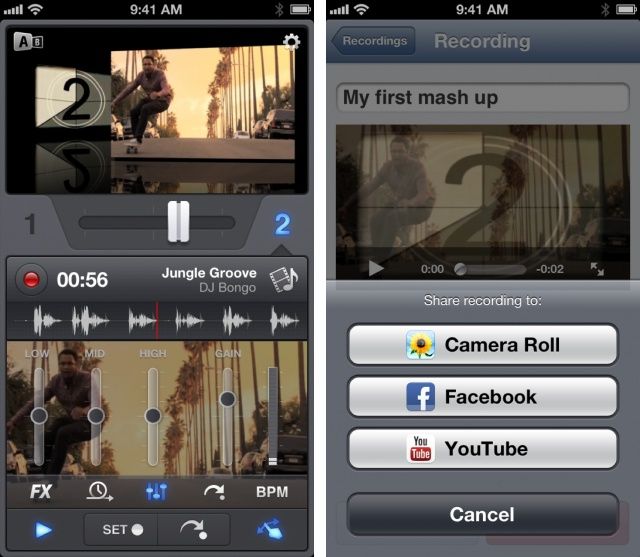 vjay is a great example of how developers can take advantage of the iPhone 5’s taller display. The extra screen real estate allows for even more viewing room while mixing two videos together in the split-screen edit view. 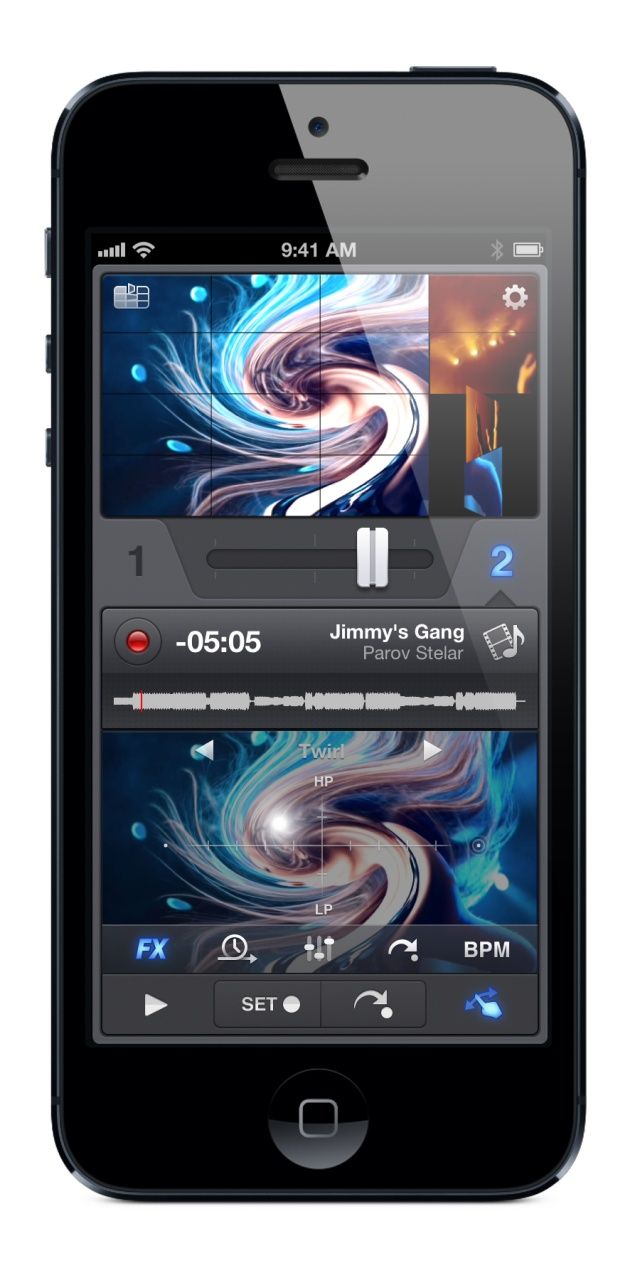 “Our goal at Algoriddim is to create a world where every single person can be an artist and bring their favorite memories to life by creating and sharing music and video mash-ups on the fly,” said Karim Morsy, CEO and co-founder of Algoriddim. “For the first time, we’re giving everyday users the ability to capture and express themselves through video content using their smartphones. With built-in Facebook and YouTube support for vjay, users can instantly share their creations while on the go from anywhere.”

I’m not sure that video remixing is a super hot market in the mobile space right now, but if there’s any app that will make it catch on, it’s vjay. The app is rock solid and super fun to play with.

vjay for iPhone is available in the App Store for an introductory price of $1. The iPad version is also available for 50% off at $5.

In the djay department, the iPhone version is available for free for a limited time. The Apple-Design-Award-winning iPad app is 50% off for $10. The Mac version sells for $20 in the Mac App Store. Get ’em while they’re hot!