How to wash (and dry) your hands properly
Save $30 on AirPods, up to 55% on brand-new Beats [Deals & Steals]
Why your Apple Watch credits you with fewer calories than you expect
How to turn your old Apple devices into quick cash
Score an awesome, affordable alternative to AirPods Pro [Deals]
Today in Apple history: iPod mini is ‘world’s smallest music player’
Apple ‘discussing’ plans to allow third-party browsers, email apps to be defaults on iOS
This beautiful leather iPad sleeve doubles as a stand [Review]
Genre-bending drama Swan Song heads for Apple TV+
Use the hidden autocomplete in Apple Watch’s Scribble to send text messages

99.95% of the time I pray that my Mac will never get a bug, but now part of me holds on to a sliver of hope that I will one day see an OS X bug that is as beautiful as this. A very small number of Mac users have reported that Launchpad has thrown out a new bug that crystalizes all of the icons on the Launchpad screen.

The way the bug occurs is pretty simple – the blur effect and crystallise effect are two built in core image filters and somehow Launchpad is applying the crystallise effect when it should be using blur. It’s a bit whacky and goes away after a bit, but it sure is spectacular.

Here’s how the bug morphed another Mac user’s screen: 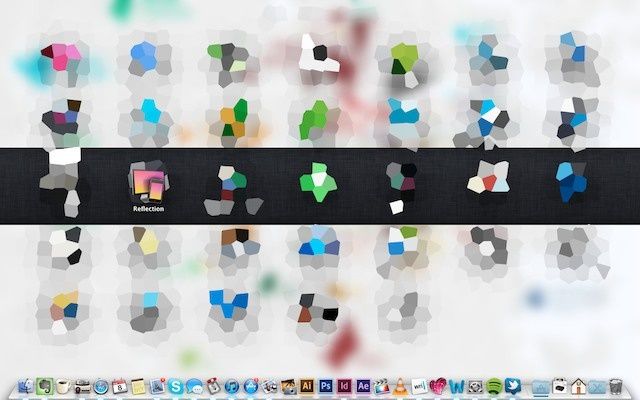 I’d love for my desktop to be momentarily transported into a world of abstract GUIs. Have you seen this happen on your own Mac? If so, share your screenshot in the comments below.