The iPad mini is the cheapest tablet Apple’s ever made. At $329 we think it’s an alright deal even though it needs a Retina display. But if you’re put off by the cheap price tag and demand something a bit more extravagant, you can always dip your iPad mini in 24kt gold.

Gold & Co. have plated the iPad mini in both gold and rose gold and will probably sell a limited number of the blinged out iPad minis to any dufus who wants their iPad mini to scream “1%.”

When the iPhone 5 launched in September, Gold & Co. created  a limited number of iPhone 5 versions in both gold and rose gold. The price tag on those units was $5,000, so we imagine the iPad mini and its larger surface area will fetch a much hire price.

There’s no word yet on how many gold iPad minis have been created, but if you’re interested in picking one up, you’ll probably have to head to India, Moscow, Hong Kong, Dubai, or Qatar, which is where Gold & Co. pushes most of their wares. 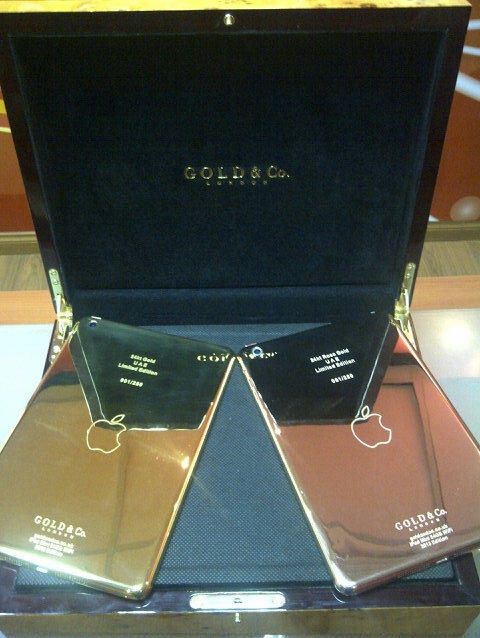