The iPad Mini is here, and it is lying naked and vulnerable on your desk/bed/lap/passenger seat. And that’s ok, because today is all about tweaking and configuring your settings, installing apps and seeing which of your pants have back pockets big enough to carry it (don’t sit down!)

But what of tomorrow? Soon you’ll start searching for cases, speakers, docks and other accessories for the latest tiny addition to your family, and that’s where we come in. Yes, you can use most of your iPad and iPhone accessories with the new Mini, but here are some add-ons which work particularly well with Apple’s littlest tablet.

You might want to pick up a new 12-watt iPad power adapter while you’re at the Apple Store buying that Mini — according to the early reports it looks like the Mini ships with the iPhone’s 5-watt brick. Given that the Mini consists of the iPad 3’s guts grafted onto a shrunken iPad 2 screen, that 5W adapter is going to take a while to charge the Mini.

Our advice is to grab Apple’s brand new 12-watter, unless you have a 10-watt iPad charger already. 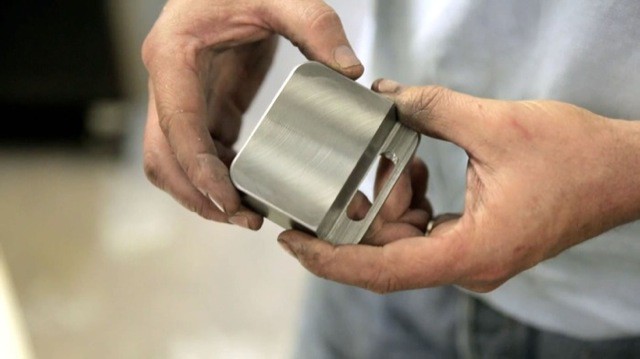 The little Mini is small enough to share accessories with the iPhone 5, and the Dock+ is just such an accessory. It’s a small, heavy block of aluminum with a hole through which the Lightning connector can pass. And as it uses modular blocks to hold pretty much any connector in place, it is way more future proof than Apple’s own “Universal” docks.

The rub? It’s on Kickstarter, which means that you have at least 42 days to wait. Then again, there aren’t any Lightning docks yet available, so it’s not like you can buy anything else in the meantime. 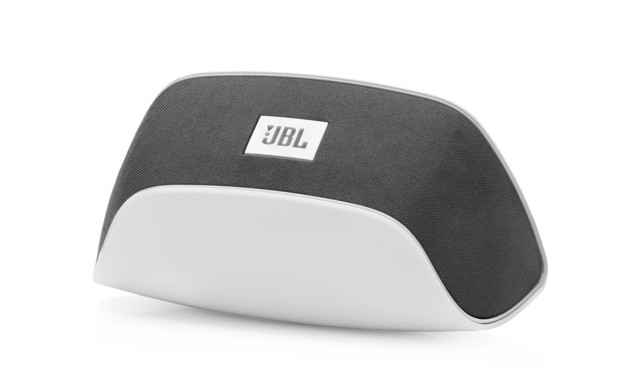 If you’re buying an iPad Mini, it follows that you live in a tiny apartment (bear with me here). so it would seem that you don’t want to waste space on speakers. If so, then may we suggest the JBL SoundFly, a little Bluetooth speaker which features prongs on the back so you can plug it straight into any power outlet.

Yes, not only can you raise the speaker up above kitchen spills, you can also plug it in down low on the living-room wall and kick it accidentally as you walk by.

Soundwise, you get 20 watts of music, and you never, ever have to change or charge a battery. 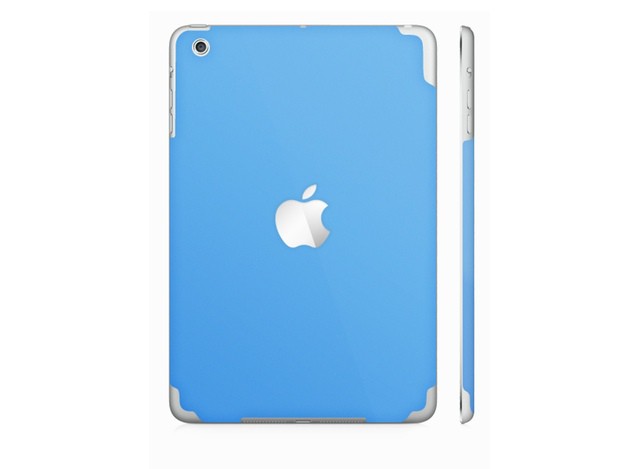 Let’s face it: you’ll be super careful with your Mini for a while. It might be days, or it might be weeks, but soon you’ll start putting it in a pocket with coins, or into a purse with keys. And that’s when you’ll thank yourself for buying a LumaGuard.

The LumaGuard is a second skin for the Mini that sticks to “up to 90% of its aluminum surface.” This is likely to be even more useful for a pocket-sized iPad than for the full-sized one, which is more at home in a case.

Better still, the LumaGuard comes in a range of colors that can make your Mini look like one of the new iPod Touches. Pair it with a screen guard and you’ll get most of the protection you’ll need, with almost none of the bulk. 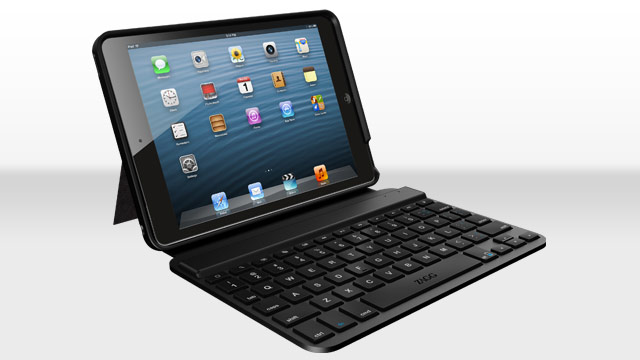 Even the big iPad’s on-screen keyboard doesn’t cut it for long-form typing, and the Mini’s will be even more cramped. The smart answer is an external keyboard.

One choice is to use one of Apple’s Bluetooth aluminum keyboards, but why not get a keyboard that’s also a case?

The ZAGGKeys Mini 7 is that keyboard (and case). It has smaller keys than you’ll find on a full-sized keyboard (obviously), but all Zagg keyboards I have used have great keys, so at least you won’t have to worry about mushiness.

Too small? Zagg also makes a 9-inch version, although if you really need a keyboard that’s bigger than the iPad you’re going to use it with, I’d opt for the full-sized Apple version. 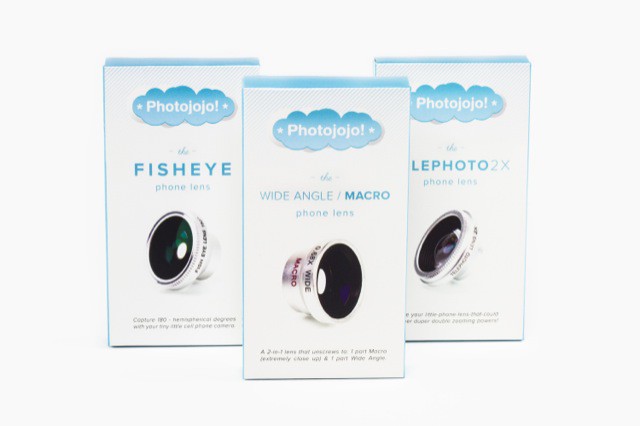 The little Mini is certain to be a lot less dorky than the full-sized iPad for taking photos. You will be able to pull it from your pocket and quickly snap a picture before anyone can even muster a snicker.

But what if you want to get a little closer? Or if the cropped-frame of the video camera leaves you a little too close to your subject? Then grab these accessory lenses from Photojojo.

In the megapack you’ll get three lenses: a telephoto, a fisheye and a wideangle which splits open to reveal a macro lens. These attach using magnets, so you need to stick a little self-adhesive donut onto the iPad itself.

Bonus: You’ll get enough donuts to either a) adapt all of your iPads and iPhones or b) feed your tiny army of miniature robot policemen. 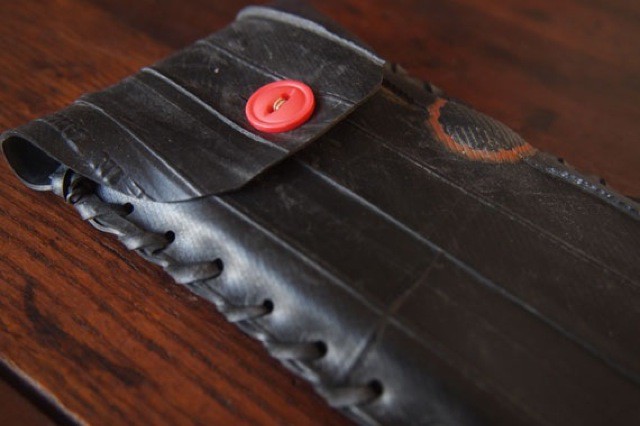 Let’s be honest: there will be almost no cases available for the Mini at launch. You’ll probably pick up a Smart Cover and be done with it until the manufacturers have caught up and made something more interesting than a padded bag.

Or you could make your own. That way you get to spend a rainy fall afternoon in a more productive manner than catching up on the last few seasons of Dexter and gobbling down a gallon of tea and cake.

These instructions, for a general purpose pouch made from old bike innertubes, will apply to pretty much any size of gadget and will last forever (unless you try to jam a nail or shard of glass through there — innertubes are so tough then.

Don’t like rubber (tip: the rubber smell will disappear after a few days out in the fresh air)? Then browse around Etsy for other ideas, or just empty out your junk drawer, look at the pile of crap in front of you and start imagining. 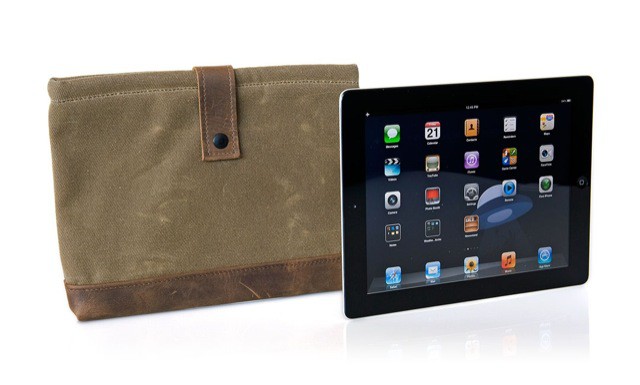 Waterfield’s bags are all top quality kit, and only make it to manufacture if they are genuinely useful. The Outback sleeve (seen above in its regular-iPad incarnation) is a mixture of neoprene and waxed canvas, which means it’ll shrug of bumps and splashes easily. You can choose from two sizes: one which fits the Smart Cover and one which fits the naked iPad within. 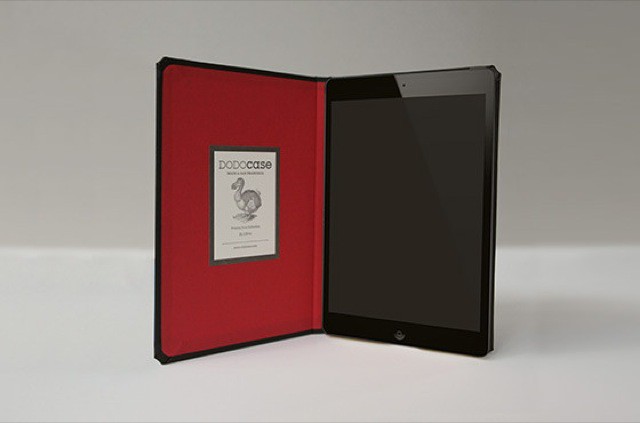 Dodo’s Hardcover cases are as minimal as the iPad they are designed to contain, taking the bookbindery concept to its simple conclusion. You get a shiny, tough Moleskine-like cover but inside, instead of a wood or bamboo frame, you find a slab of sticky adhesive on the back cover. This grabs the iPad and keeps it in place (I have another case for the big iPAd which uses the same method, and once you get past the scariness it works great).

A magnet in the cover sleeps/wakes the iPad, and the whole thing weighs 130 grams — barely more than an iPhone 5. 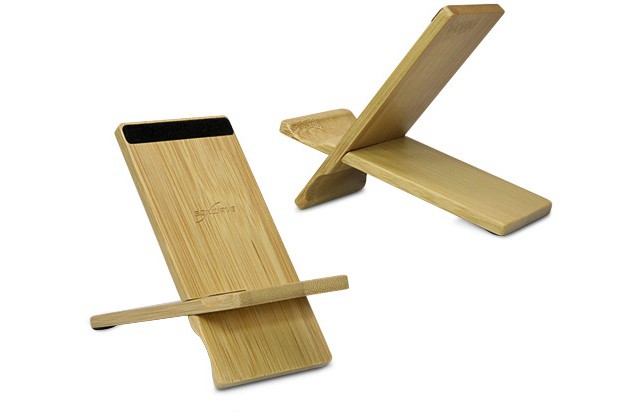 Sometimes you don’t need a full-on charging dock. Sometimes all you need is a place to put your iPad. And it doesn’t hurt if that place is good looking, lightweight, tough, cheap and environmentally friendly.

That’s the Bamboo iPad Mini Stand from Boxwave, a $20 cradle which is assembled from two easy-to-ship flat pieces. If you’re handy with a Dremel you could chop out a hole for the Lightning connector, and failing that you can charge the iPad Mini as it lies on its side while you watch a movie (or Dexter re-runs, if it’s raining).

The original, and still the best little Bluetooth speaker. If you’re going to pair up your tiny iPad with a tiny speaker, then this is the one to choose. Its amazing Live Audio faux-surround sound processing will make movies seem like you’re in a (small) cinema, and you can even use the built-in mic for FaceTiming your friends.

Yes, it costs $200 for a single stereo speaker, but you just dropped at least $330 on a pocket-sized iPad.

There are of course plenty of accessories out there which will work just as well with the iPad Mini as they do with any full-sized iPad or iPhone. Bluetooth speakers, anything with a headphone jack, plus a whole lot of badly-made stretchy neoprene cases made to “fit” 7-inch tablets (or more correctly, made to fit netbooks and then repurposed to fit 7-inch tablets).

But what will be really neat is when clever manufacturers and designers come up with accessories which are made especially for the iPad Mini. That’s when we’ll see some really clever and innovative toys.