Apple just released iOS 6.0.1 to squash some bugs that have been running around on all iOS devices. But if you have an iPhone 5 the OTA update process is a lot different than usual because one of the bugs iOS 6.0.1 fixes is the inability for iPhone 5s to install over the air updates.

To get the update, you’ll have to download an app called iOS Updater, which isn’t difficult to get but we’ve got a quick guide to help you update your iPhone 5 just in case things get a little confusing. 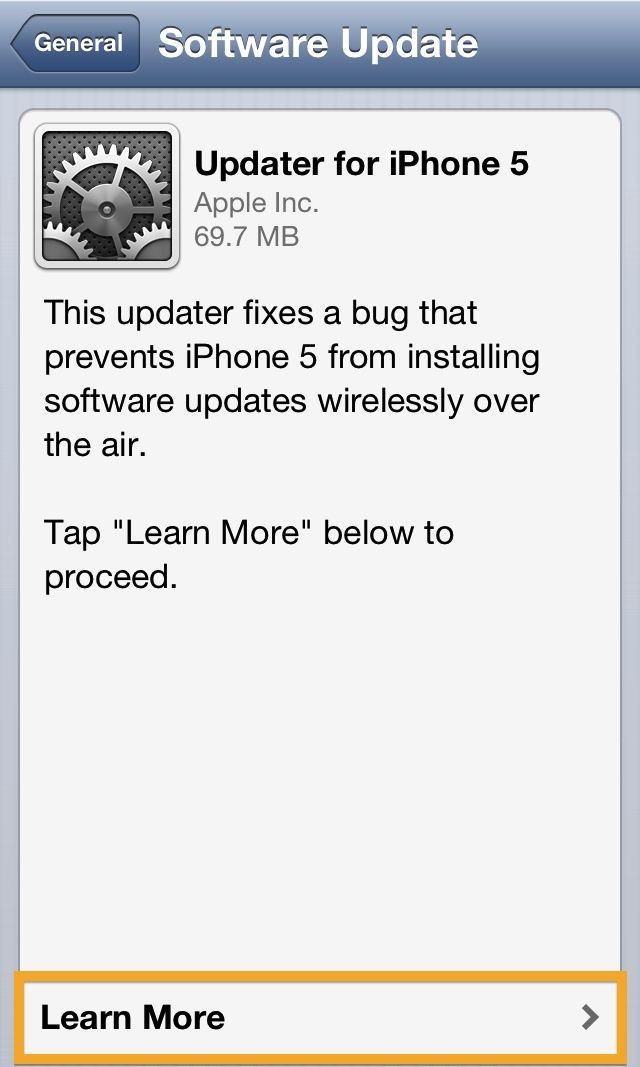 Once you’re at this iOS Updater download screen you just need to tap on Download and Install to start the process. 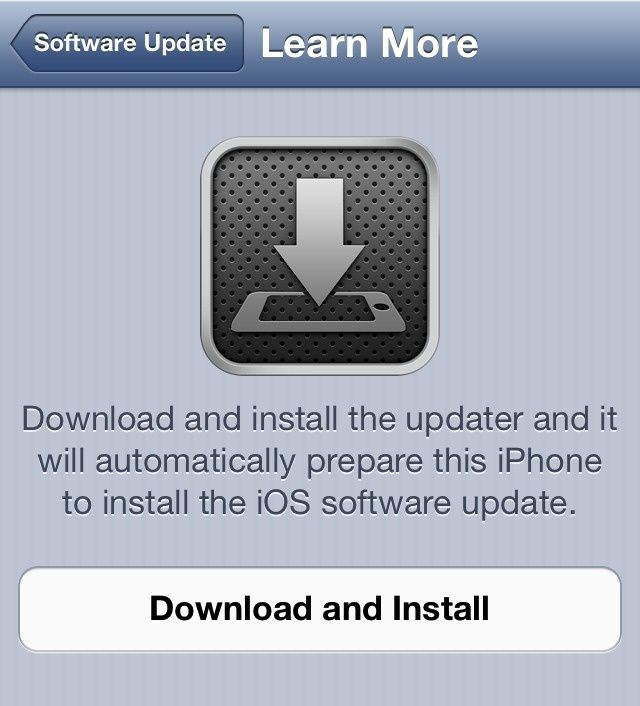 Make sure to tap Install on the next screen. 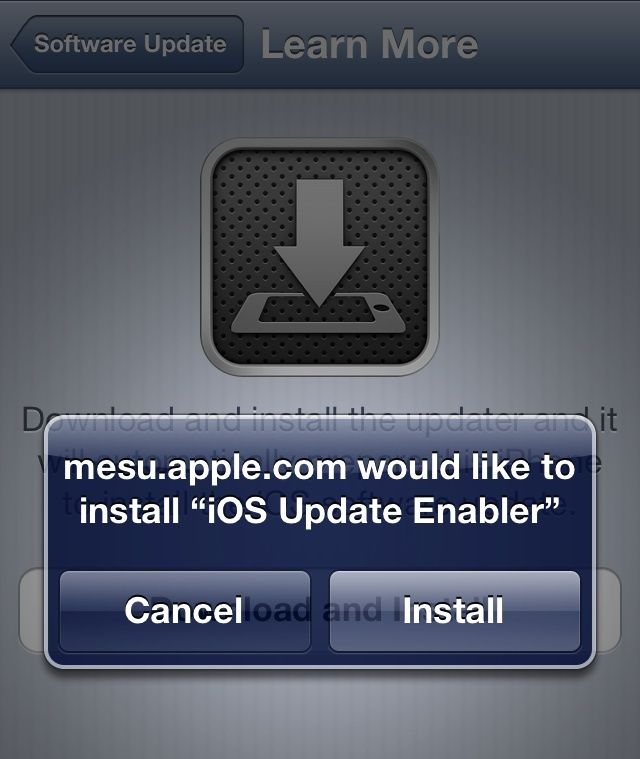 Once the download starts you’ll be switched back to your homescreen where you’ll find a new app call iOS Updater. Install iOS 6.0.1 over the air, just open the iOS Updater app. 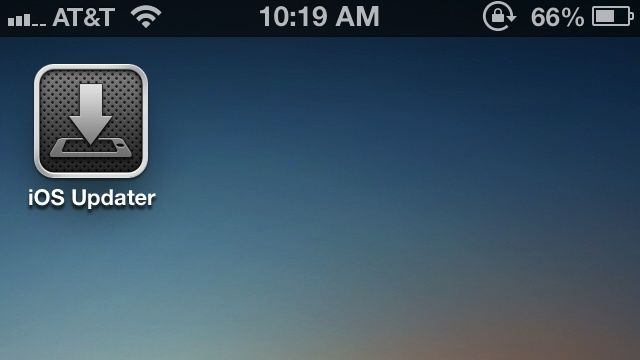 Once you open up iOS Updater, you’ll be switched back to the Software Update screen and see the notification that iOS 6.0.1 is ready to download. From here on out you can update your iPhone 5 as you normally would over the air, and once the installation is complete iOS Updater will be deleted from your homescreen. 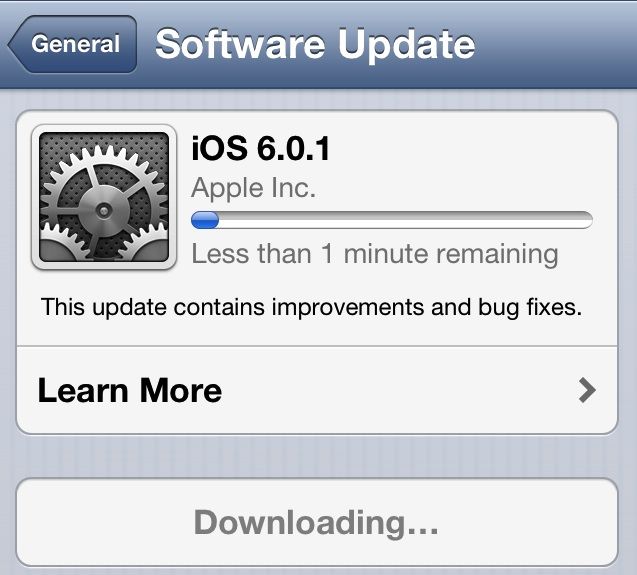