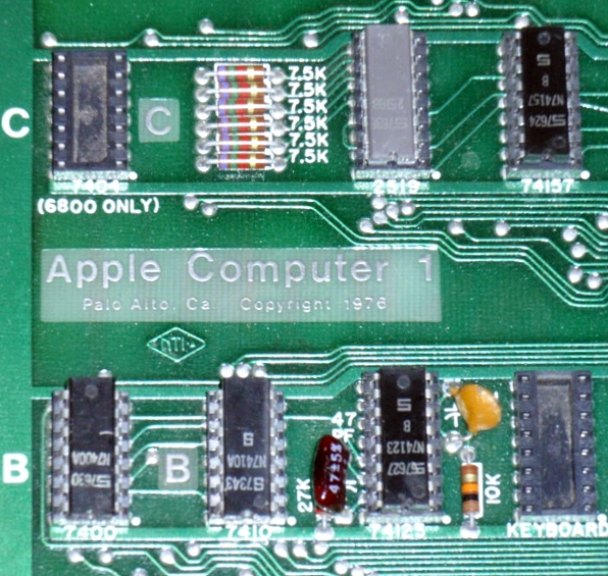 CoM: Have you fired it up yet? What if it makes a funny burning smell?

Close examination of the circuit board and the components reveal no visible defects except for a small dent on one of  the  capacitors in the power circuit. The board itself is in excellent condition. Though everything seems to be in a good shape, I will not attempt to power it up to prevent any possible damage to the computer.

I am pretty happy with the purchase price, my limit was 20K. I feel that if there would be no BIN price, the bidding would’ve bring it out of my reach to somewhere around 25K.

CoM: Where did you get the money?
That’s an interesting question. I can tell you one thing, they are 100% earned.

CoM: What do you use for your day-to-day computer?

Unfortunately for Cult of Mac, I am a PC person and use PC at work and at home.

Apple makes great computers however, lack of competition and absence of outside hardware and software vendors makes them very overpriced though, I need to admit, that this picture is changing now. Who knows, maybe in a year or so I will switch to a Mac.