Amidst the criticism of Apple’s new iOS 6 Maps app, many users have been (not so patiently) waiting for Google to release their own official Maps application. While Google has confirmed that they have yet to submit an application to the App Store, they certainly have one in development. If these photos that were leaked today are to be believed, we could have our first glimpse of Google’s new Maps app.

While the interface isn’t impressive by any means, it sure beats the likes of Google’s miserable Gmail app it released last year. From the blurry pictures posted by developer Ben Guild, it appears that Google has brought over some Android design language into the app. Ben says the app will support the iPhone 5’s increased resolution, and will offer similar two-finger rotation gestures as the current iOS Maps app.

Since the blurry photos don’t really do the app justice, I put together a little mockup to show you what this new Maps app could look like running on your device. The result? A clean, if not somewhat bland UI. Still, anything Google releases would be enough to pacify the many unhappy customers plagued by Maps problems in iOS 6. What do you think? Is this something you’d use? 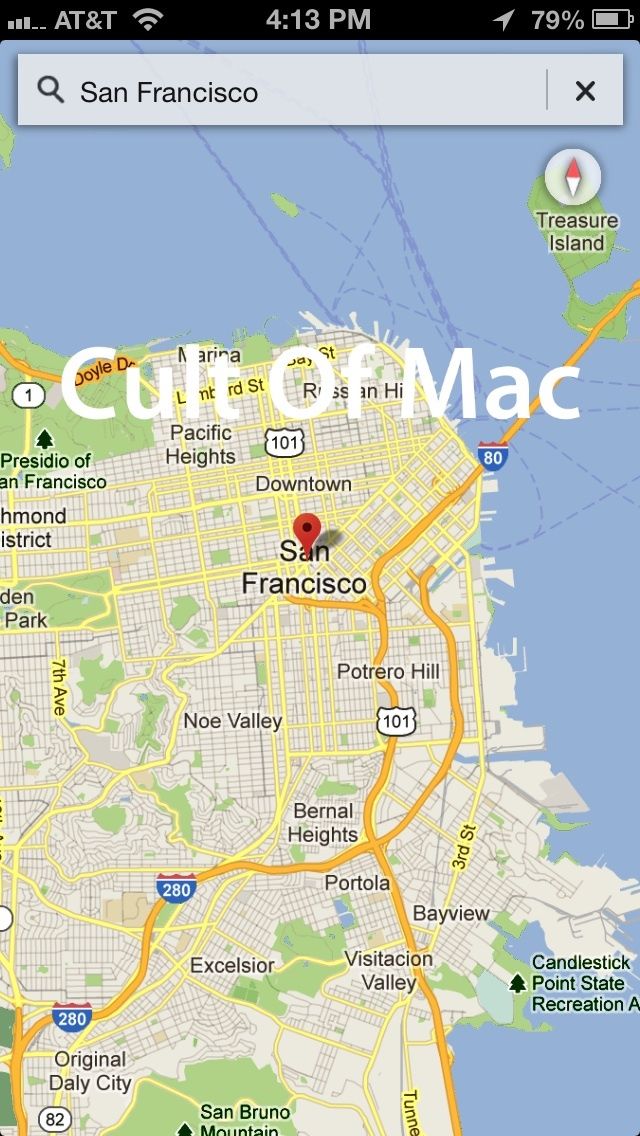