The Jabra Freeway ($100) is Jabra’s flagship bluetooth car speakerphone. The Freeway has loads of top-rung features like hands-free voice commands, caller announcements and FM music-streaming, wrapped around three loud, powerful speakers accompanied by noise-cancelling dual microphones — making it a very attractive option for drivers who want to add a hands-free speakerphone to their cars.

The Freeway’s most immediately noticeable characteristic is its size — it’s fairly large, measuring (3.75 inches by 4.75 inches). But that’s a good thing, because the generous surface area made punching buttons easy. The six buttons — volume up, volume down, call, mute, voice commands and the FM button that allows music to be played through the car’s stereo through its FM radio — are well-spaced out and were fairly easy to access. The call button sits front-and-center, making it easy to initaite calls or answer them.

While initiating a call required hitting the call button, I had the option to take incoming calls simply by saying “answer” or “ignore,” without removing my hands from the steering wheel. The voice-activation system worked flawlessly, thanks no doubt to the unit’s dual microphones. As long as the caller’s name is in your phone’s contact list, a female voice — the same pleasant, clear voice Jabra uses for its other devices — will announce the caller’s name and ask whether you want to answer the call or reject it.

The large exterior also hides three big speakers. Jabra claims these speakers provide a “Virtual Surround Sound”; the sound is extremely good, even if it didn’t actually sound like surround-sound. Conversations and turn-by-turn GPS directions were both excellent — clear and easy to understand, even in my annoyingly noisy Honda Element. On the other end, the dual-microphone system did a decent job of conveying my voice, though once in a while friends complained they couldn’t hear me.

I was shocked at how quickly the Freeway was able to connect to the Bluetooth signal of my Nexus S after powering up. In fact, the Freeway might have the quickest lock-on time of any Bluetooth gadget I’ve ever tested — it’s that fast. Which is great if you receive a phone call while the Freeway is off and need to switch it on quickly (hopefully you’re not driving at the time).

Longevity was another pleasant surprise. The Freeway is powered by a large lithium-ion battery that sometimes felt like a nuclear reactor. Depending how much you like to gab, a week or two between charges shouldn’t be uncommon.

Battery longevity is aided by another cool feature: a motion-sensor that turns the Freeway off if things seem motionless after a set time (seemed like about five minutes) — like, say, if I left the car. Getting back in the car turned the unit back on again (I could also hit the call button to turn it on).

There was only one real issue with the Freeway. I love listening to music while I’m driving (hell, sometimes it’s the only thing keeping me sane in heavy traffic), and this is where the Freeway dropped the ball. The unit is able to pick streamed music from a phone via Bluetooth, then transmit a short-range FM signal to be picked up by the same frequency on your car’s FM radio. The volume buttons act as tuners, changing the Freeway’s transmitting frequency in order to search for cleaner airwaves.

But the Freeway’s FM signal simply wasn’t powerful enough, and it was often difficult or impossible find a frequency that let me listen to static-free music, even in areas with little interference from radio stations. And while I could listen to music through the Freeway’s own big speaker, this was hardly a great solution either. The Freeway is probably the best sounding car speakerphone out there — but I would much rather have been able to play music successfully through the modest six-speaker system of my Honda Element.

The Freeway will, of course, play call audio and turn-by-turn directions through your car’s speakers as well, but the Freeway’s own speakers were more than up to the task in those two cases.

An excellent way to bring portable, effective, hi-tech speakerphone capabilities to any car — so long as music isn’t a big part of your drive. 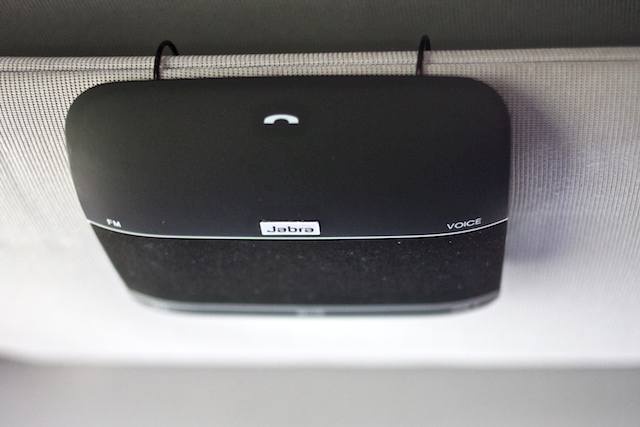 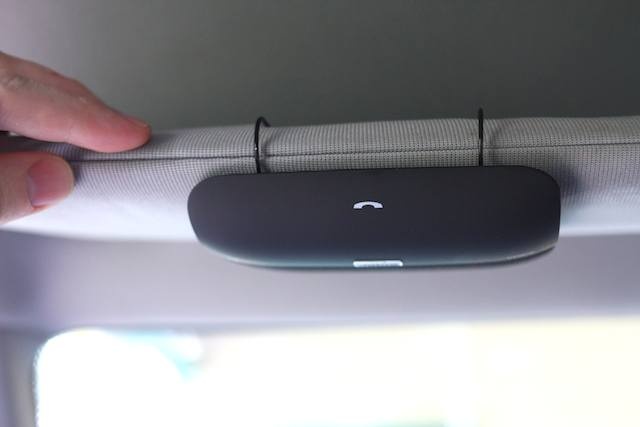 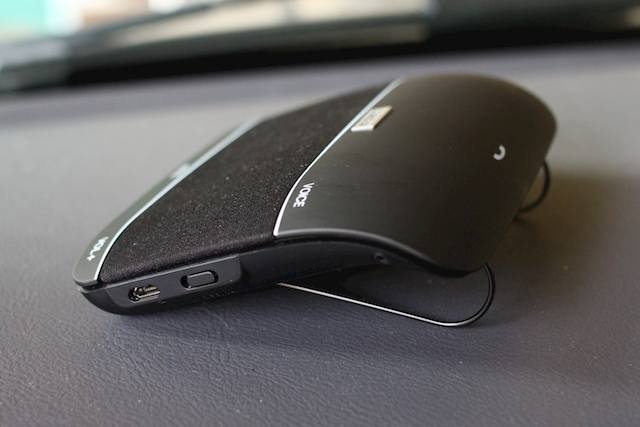 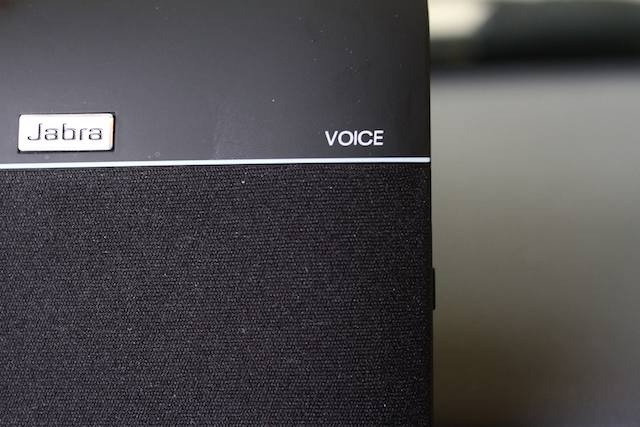