Apple has released a new digital user guide for the fifth-generation iPod touch, which was announced alongside the iPhone 5 back in September. The 138-page eBook covers “everything you need to know” about the device, and is available to download now — for free — from the iBookstore.

In addition to this, the new iPod touch has now received its first benchmarks, which reveal it’s packing an 800MHz dual-core A5 processor.

The benchmarks, which have been published by Japanese blog Macotakara, show that the new iPod touch boasts speeds comparable to those offered by the iPhone 4S — which is understandable given the similar specifications. In addition to its Cortex-A9-based A5 processor, the device feature a PowerVR SGX543MP2 graphics processing unit, and 512MB of RAM. 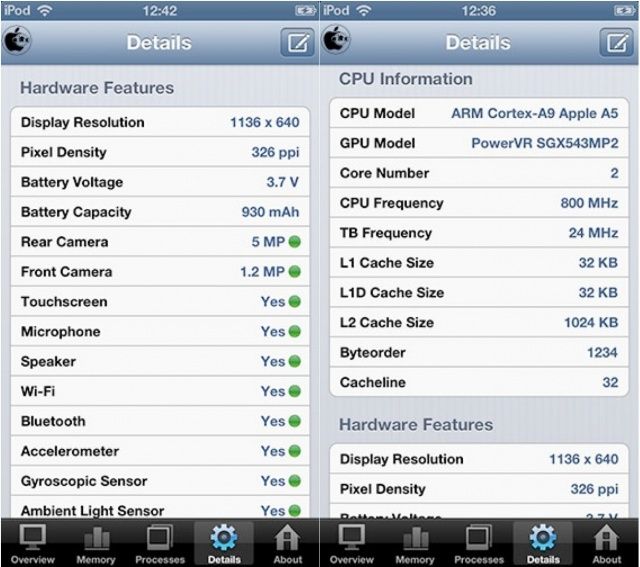 The device also packs a 930 mAh battery, which is the same capacity as the fourth-generation iPod touch, according to Macotakara. Given the larger display, that could mean that the newer model doesn’t last as long as its predecessor between charges. Apple’s website promises 40 hours of music playback, and 8 hours of video.

The fifth-generation iPod touch was announced alongside the iPhone 5 and the new iPod nano on September 12, however, it hasn’t yet begun shipping. It’s expected to do so sometime this week.