How do you get a printed, paper photograph from your iPhone? The easiest way is probably to use an app which lets you pick a pic, and then get a print delivered to your door a few days later.

But the funnest way is probably the one used by Adam Rhoades: he prints them in a traditional darkroom, using the iPhone’s screen as both negative and enlarger bulb.

Anyone who has printed their own photos in a darkroom will know what it’s like to get hooked. The process involves liquid, light, dark and accurate measurements of time and temperature, but the result is something like magic. Ask any film photographer what got them hooked and — if they spent any time in the darkroom at all — they’ll say it was the moment they saw the image appear on the paper from inside the sloshing tray of developer. I guarantee it.

Which is why I’m so stoked by Adam’s hack, and also sad that I gave away all my darkroom kit. Adam’s technique is admirably simple: he replaces the negative in the enlarger with his iPhone, facing down and with the image reversed. This goes through a 50mm enlarger lens before hitting the paper, where things are exposed and developed as normal. 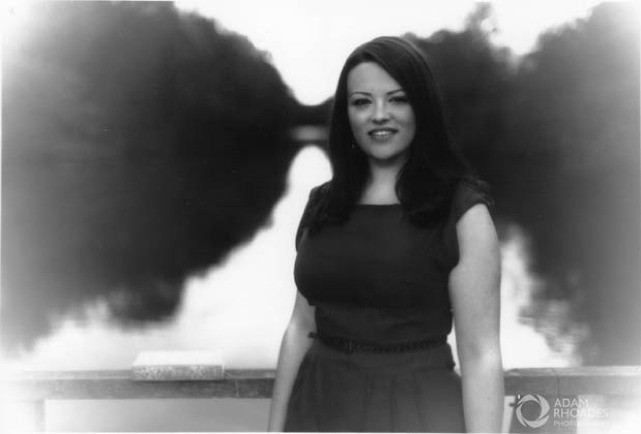 He keeps the prints small, so as not to enlarge the pixels of the iPhone’s screen, but says that by “reproducing at 1:1, as with the retina display, the pixels are indiscernible to the human eye.”

I’m a darkroom nerd, so I’m pretty excited by the possibilities. What about contact-prints from the iPad 3? Or tuning the color of the B&W on-screen “negative” to mimic the colored filters which let you tweak the contrast in multigrade paper? Or, or, or… I’m getting way too excited here. To check out some of the results, go see the examples on Adam’s site.