I’m one of those people that loves background noise. I like listening to podcasts when I cook; I love a running telly while I’m doing chores; and even when I’m in the shower, I’ve either got Spotify or those podcasts going again.

Previously, this love of shower-time bluegrass meant bringing my iPhone into the bathroom, cranking up the volume on its little speakers, then straining to hear its tinny audio through the whir of water and intense loofahing. But the iShower ($100) Bluetooth speaker fixes this problem simply and wonderfully. It brings your iDevice’s audio anywhere where water would usually kill it, like your bathtub, shower, or sink, and works so well, it’s quickly becoming my favorite new iPhone accessory.

The iShower is a simple device to use. It pairs easily to any device that uses Bluetooth, and once connected, can stream that device’s audio from up to 200 feet away (though with walls and such, you mileage may vary). iShower can also control your device with its play, pause, and forward and back buttons, so you’re never stuck on a track you hate.

But the iShower doesn’t just work with your iPhone, jerk, it can pair with up to 5 different devices at once, meaning all your roommates can use it, too.

And get this: the iShower actually sounds pretty good! I was of course expecting terrible sounding audio from this small plastic-cased speaker meant for shower listening, but I was pleasantly surprised the first time I heard Aretha Franklin’s voice singing to me during bath time. Sure, iShower isn’t going to win any high profile audiophile acoustic award for audio performance, but for the shower stall, it delivers.

And finally, I immediately enjoyed the iShower’s clock feature. I’ve never considered having a clock in my shower, but it’s as useful as it sounds.

The thing about Bluetooth is, for the average user, pairing and switching users and all that is just going to be confusing. I’d love to see the iShower employ Apple’s AirPlay technology. I realize that would probably add to the price since Apple charges licensing fees for using their tech, but it would make using the iShower in families and with the less-than-tech-savvy a lot easier.

I also wish the iShower’s clock stayed on. As it works now, you have to press a clock button for the time to show up, and then it only stays on for 5-10 seconds. Leaving the clock on probably drains the battery faster, but I’d at least like to have the choice.

I adore the iShower, and if you like to listen to music, audio books, or podcasts while you scrub down your naughty bits, I think you will too. 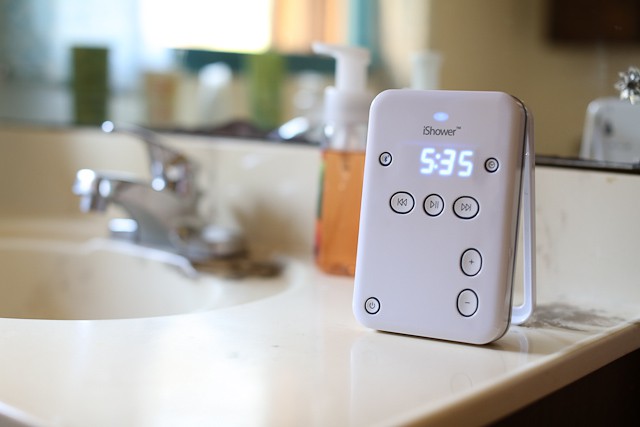 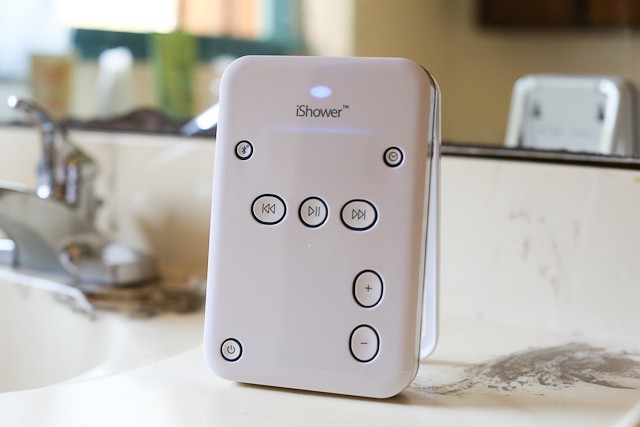 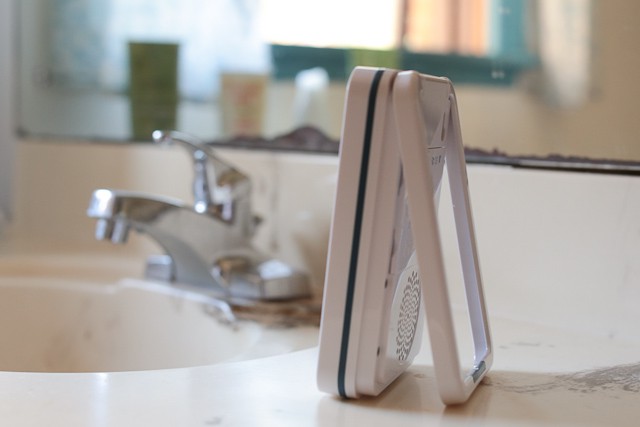 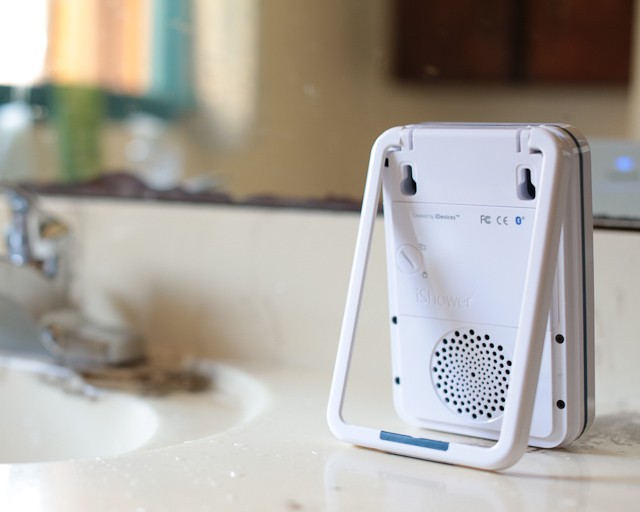 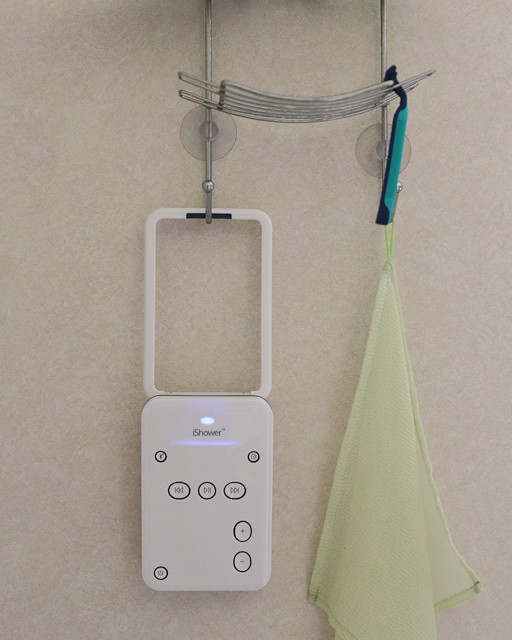