With iOS 6 right around the corner, Google’s official YouTube app for iPhone couldn’t have come at a better time. It’s a great app — much better than Apple’s built-in YouTube app — and it’s headlining this week’s must-have apps roundup. It’s accompanied by Poster, a great new blogging app; Journal for Evernote, and Google Drive.

When Apple releases iOS 6 on Wednesday, the built-in YouTube app on your iOS devices will disappear the moment you update them. But you won’t miss it, because right on cue, Google has launched its official YouTube app for iPhone, and it’s available to download now.

“The new app is built by YouTube engineers, to give our iPhone and iPod touch users the best mobile experience,” Google boasts.

In addition to access to “tens of thousands more videos,” the app offers a new YouTube channel guide, faster search tools, more ways to share videos with your friends, and lots more. And because it supports ad-supported videos, you’ll see a whole lot more content than you ever saw in the built-in YouTube app.

There’s only one fault I’ve discovered with this app, and that is that it’s not yet available on the iPad. 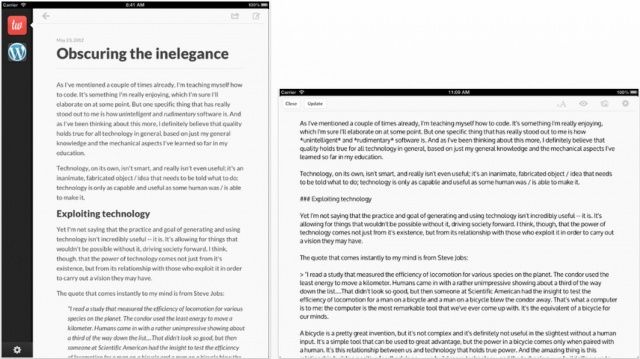 We wrote about Poster last week, so I’ll keep this brief. It’s another great new blogging app that makes updating your WordPress blog from your iPad a breeze. It supports both WordPress.com and self-hosted WordPress blogs, and boasts some really neat features like Dropbox integration, MarkDown support, direct image uploading, support for TextExpander, and more.

There’s no rich text editor — everything is done in Markdown, but as long as you’re familiar with Markdown it’s a pretty terrific app. In fact, I’m using it now to write up this post, and I’ll only switch back to my Mac when I need to insert all the images and links; it’s just easier there. 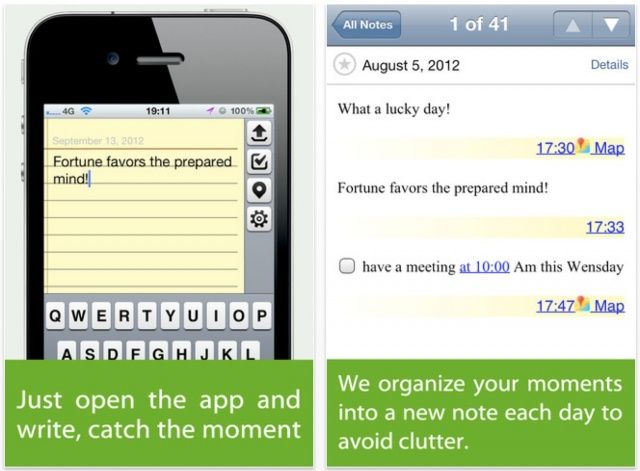 Journal for Evernote is another great new app we covered last week. It promsies to be “a brand new way to use Evernote.” As its name suggests, it’s a journal that makes it incredibly simple to document your day. Simply open up the app and start writing.

You don’t need to worry about what font you’re using, which notebook you need to put your entry into, or a title for your post; journal automatically creates a new note each day, and everything you enter that day is sent to the relevant entry without any input from you — it couldn’t be simpler.

If you’re already an Evernote user, there’s no better reason to give Journal a try. 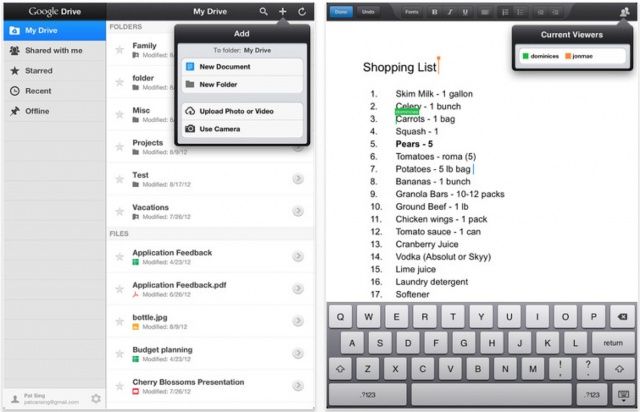 Google Drive isn’t strictly new to iOS, but it got a great new update this week that deserves to be talked about. You can now edit the documents you have stored in Google Drive on your iOS devices collaboratively with friends and colleagues. Any changes made to your documents are instantly updated in the cloud, so everyone who has access to them sees the latest version as soon as it’s created.

In addition to this, Google Drive version 1.1.0 brings richer presentations with animations and speaker notes, the ability to create new folders and documents, and the ability to upload photos and videos directly from your iOS device’s camera roll.