SAN FRANCISCO — American companies are rightly proud to show off any manufacturing facilities supporting jobs during the current recession, and San Francisco-based Timbuk2 is no exception. This week, the company known for its messenger bags showed us the hangar here in the Mission district where workers cut and sew colorful swaths of material and help contribute to the local manufacturing economy.

As a group of reporters was ushered through the trendy open-plan set-up, it made us think about what a factory tour of Apple’s manufacturing plants would be like. We’ll never know, of course. Tim Cook would never allow a tour like this one. 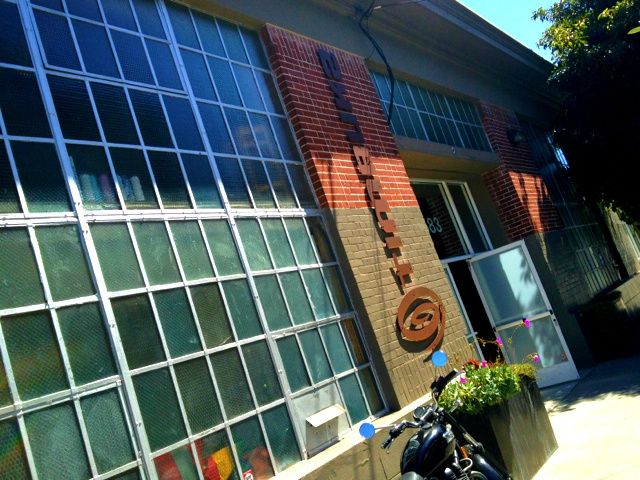 But the Timbuk2 tour made us wonder — is it possible that a company like Apple could make its products locally in the US?

While it’s stupid to think one can make a complete analysis based on an hour-long tour, visiting the headquarters of a company can be instructive. One can pick up clues about passion for the product and workforce morale. For what it’s worth, Timbuk2 designers and office people seemed happy and enjoyed talking about their product.

More important to us were the workers making the bags. They were focused and efficient but none seemed rushed, uncomfortable, or unhappy. It seemed nothing like the horror stories of worker conditions coming out of Apple’s Foxconn factories. But those conditions are created by a cheap labor work force and lack of labor law protection. The atmosphere at Timbuk2 made us think: Wouldn’t it be great to see an Apple factory in the U.S. making the iPhone 5? It’s true its probably not financially feasible to bring most manufacturing jobs to the US, especially electronics. But Timbuk2 is showing it can be done in piecemeal.

The main way Timbuk2 diversifies manufacturing is by making most of its bags abroad while charging more for local ones. Timbuk2’s CEO Mike Wallenfels told us 25% of all Timbuk2 products are manufactured in the US while the rest are made in Vietnam, Indonesia, and China.

Because it is more expensive to manufacture in San Francisco than in Asia, Timbuk2 charges 30% more for its “Made in SF” bags. Wilhems says this price disparity is not just because of the direct labor cost. The company’s benefits packages, taxes, high rent and overhead all push production 30-40% above numbers overseas. Worker benefits for the sewers, for example, match those of other workers, including the executives, and include vacation pay and a 401K plan. Timbuk2’s Asian factories, on the other hand, are not owned by them and they have to rely on local laws and independent auditors to control proper worker compensation.

Wallenfels said the global search for cheapest available labor will continue until consumers show a consistent willingness to choose a socially responsible product made locally over one of equal functionality at a cheaper price. So far they have not. It’s the same problem ‘green’ products face. People’s incomes are more limited than ever and often choose convenience over responsible buying.

The problem of local manufacturing as a financial anvil is also well-known, of course. Hundreds of thousands of U.S. manufacturing jobs have been lost over the last few decades as companies move production overseas. The Information Technology & Innovation Foundation, a non-partisan think tank, released a sobering report earlier this year finding the U.S. lost 33.1% of all manufacturing jobs between 2000 and 2010, and that on average, “1,276 manufacturing jobs were lost every day for the past 12 years.” In addition, the report said an average of seventeen manufacturing companies shut down every day.

Most cuts in manufacturing costs are done to stay competitive in the global market and the most successful company in this transition is Apple. The company used to manufacture everything stateside but Tim Cook, under Jobs, moved everything overseas. Over the years, the speed and structure offered by the manufacturing super cities of China provides Apple (and others) a huge competitive edge and allows its executives to tinker with product design until the last minute without suffering delays.

But the way this process is accomplished has slowly been revealed to be a muddled mess of low-wage labor and unseemly conditions. Apple has worked hard in the last few years to improve the life of its workers but is still nowhere near acceptable levels for conscientious consumers. Just yesterday, new reports found conditions at Foxconn have not improved as much as people had hoped. The New York Times said students are being forced to work long hours making iPhones and factory managers are humiliating others to work crazy overtime schedules.

A focus on environmental processes also touch upon manufacturing costs. Apple has improved its environmental standards with some notable missteps. The Apple website notes its program works to reduce environmental impact through responsible practices in management of hazardous substance, air emissions, solid waste, and pollution production. The company’s latest Supplier Responsibility memo noted several of its overseas plants violated local standards and are making them comply through tests. Timbuk2 and other companies will continue relying on independent audits for overseas manufacturing as well.

Timbuk2’s Wallenfels says he looks at other athletic companies like Nike as models of green business practices.

In fact, the top company in sustainable practices is Nike, which went from being denigrated for an insensitive hands-off approach to manufacturing in the 1980s to its current place as a model of responsibility.

In short, Nike’s Index creates a “green” baseline number that each worker must meet. This means that out of their work time, a Nike shoe designer, for example, might be forced to create green sustainable products at least 15% of her time.

While Timbuk2 has not gone as far as Nike with its initiatives, Wallenfels says they are slowly getting there.

Timbuk2’s commitment is illustrated in its product line. The company currently offers a line of bags with green materials, made mostly from recycled plastic bottles and other materials made easier to recycle like degradable polyeurethane. Wallenfels admits the bags are nearly 30% more expensive than regular bags of the same volume because of the manufacturing process needed to make them. But he stands behind this commitment and price point because people want the lifestyle choice to buy green, and mainly, “because it’s the right thing to do.”

It’s important to note that like many green products on the market, Timbuk2’s bags offer features beyond making consumers feel good about themselves. Timbuk2’s bags are made from slick-looking patterns and materials and have a reputation for being strong and light. This may not be as important as a Hybrid car burning less gas, but it’s something. 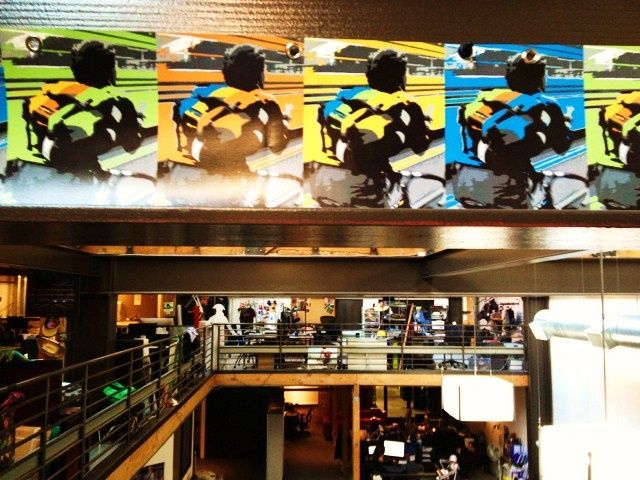 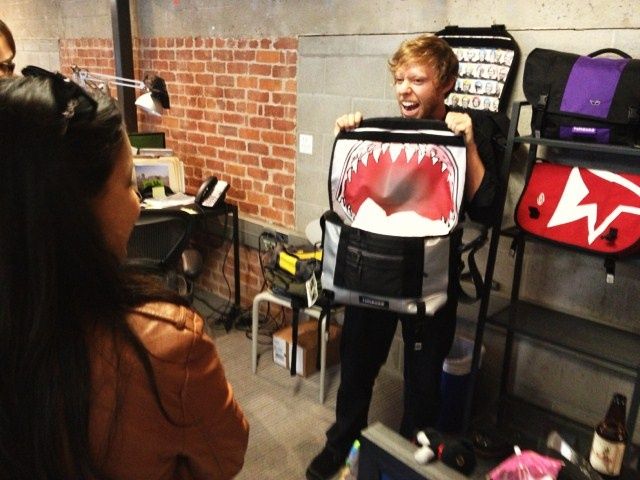 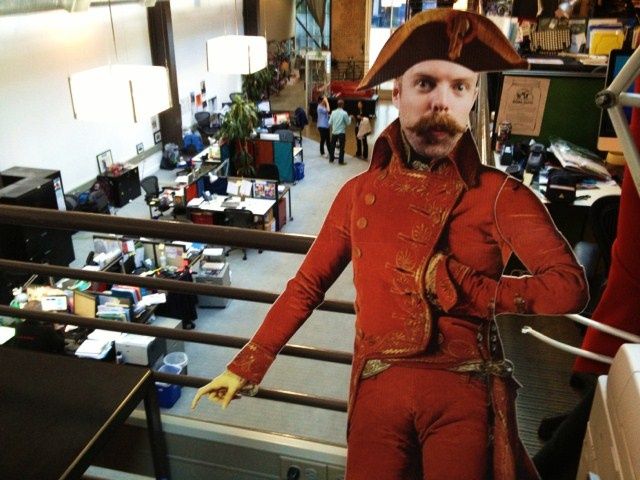 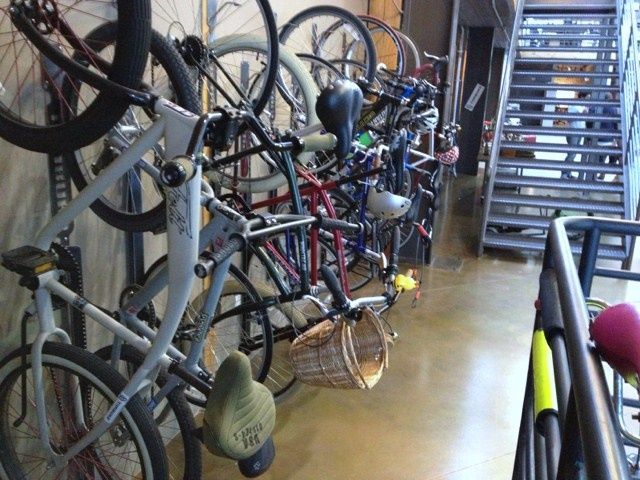