Hacker Benjamin Heckendorn, better known as Ben Heck, has shoehorned the motherboard of an Apple IIGS into his own custom-made laptop case.

The amazing piece of engineer has a glowing blue logo that flashes yellow when the disk is busy. Heck even made his own keys for the board, laser-etching each key.

It seems like it must be in danger of bursting into flames at any moment, but Heck says it puts off no more heat than a pocket calculator.

Released in September 1986, the IIGS was a powerful computer for its time, with advanced color graphics and stereo sound — the GS standing for “Graphics” and Sound.”

Heck says the hack was requested by an unnamed party. My money’s on Woz.

Heck has lot more pictures and video on his site. 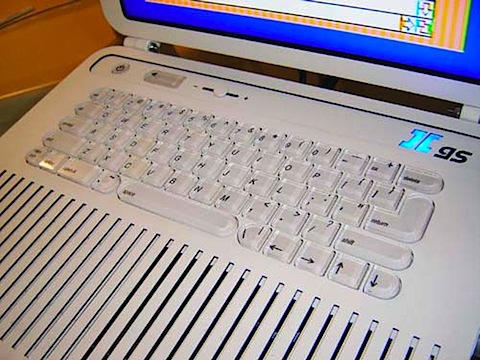