In my post regarding Apple’s apparent targeting of Adobe (if not them specifically then certainly their space) , there were such great, insightful comments that I decided to play a little game: What Would Steve Do? Taking a look at a potential Corel acquisition, how could we leverage the direct and indirect effects of that acquisition into an inferred Apple business strategy.

Now clearly, I’m not inside Steve’s head, that’s Leander’s niche, but these kinds of strategies are very much what I do for a living, so lets make some irresponsible, purely speculative, wild guesses, shall we? Of course gazing into the looking glass is no fun all by yourself, so lets make this an audience participation piece. I’ll lay out the basic framework after the break, and then we’ll pull from the comments for a follow-up piece.

DISCLAIMER: Everything that follows is ABSOLUTE FICTION. We have no “actionable” intelligence that suggests that that ANYTHING like the below may/will/could happen. We have moved beyond the point of even rational speculation into pure fantasy. Please play accordingly. 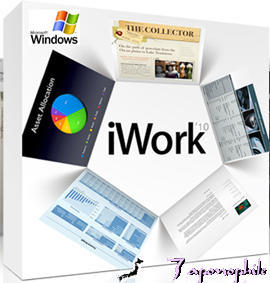 What do we do with WordPerfect Office X3?
It’s the nine hundred pound gorilla in the room, and also the easiest question to answer. After a nice interface-lift to Apple-ize the suite, it becomes iWork for Windows. Lest you call me crazy, Apple already offers the most popular piece of software on the Windows platform: iTunes, and it’s got another product out there: Safari.

This isn’t about trying to displace MS Office’s dominance, although at $69.00 iWork for Windows could likely capture the “Student Teacher” market, and might even attract some OEM’s to the table for pre-install.

Consider our other options: spinning off WP Office X3 as its own company to sink or swim (it will sink), or discontinuing the product altogether (also called the Oracle strategy).

Offering Windows users a bit more of the Mac cache’ with an office suite isn’t a bad plan: getting Windows users hooked on the Apple experience, and then eventually turning them into Mac users.

The PainterX Question
Duh, it’s why we bought the company. There will likely be two versions”¦ The first, simply rebranded “Apple” and given a complaint UI. The second comes after we’ve dealt with the CorelDRAW/Designer problem, so lets get to that.

The CorelDRAW/Designer question
This is Apple’s nightmare, it’s their Vietnam (or more contemporaneously, their Iraq), it’s the place that will suck resources, time, love and money all on a wild-ass-bet. The bet is: If we can port this to the Macintosh, we can in the process, have a real, honest-to-goodness graphics suite that bests Adobe. If we can’t do it in a timely enough fashion, it will be an albatross around Apple’s neck.

All of this mess, CorelDRAW, Designer, PainterX, Paintshop Pro X2, Photo Impact, ULead Photo, Media One Plus and the seven-zillion other products in Corel’s portfolio were for the most part acquired from 3rd parties. That means different code-bases, standards and even development metaphors. That and the product suite would need an interface lift to be branded “Apple”

This is one of those endeavors that makes exec’s wonder if it wouldn’t just be easier to build it from scratch. –That’s not a bad plan, save for the time and effort needed to do it. The other serious option is a straight-up-stone-cold-port, that’s by far the easiest, but then we’d have a bunch of software that while Mac, wouldn’t befit the Apple brand.

No, what needs to happen here, is to modularize everything. Break it up into basic reusable components, port those components, and plug them into a brand spanking new user interface: iCreate.

iCreate
This is where the bet pays off, where Apple captures instant and indomitable market-share from Adobe. By taking the time and effort to modularize everything that’s worth while from Corel’s tower of Babel graphics and photo tools, Apple would be able to do something Adobe can not do: Bring them all under a single user interface in a single modular application.

Anybody who has tried playing with CS3 for a while (or lord help you, uses it for a living) knows how frustrating it is to have half a dozen (or more) different applications to work in. And just try cutting a transparent image from PS, and pasting it into illustrator”¦ half the damn time, the background shows up at white. Nothing beats: ‘oh you want to do text with a drop shadow, switch to Illustrator, you want to magic wand select parts of a bitmap, switch back to Photoshop’, rinse-wash-repeat.

No, iCreate as one suite, with many plug-ins, to add vector, bitmap, photo editing, integration with iWork and iWeb, is a winner, and if Apple could pull it off, worth the paltry price of Corel.

What about ULead Video Suite, Media Studio, WinDVD Creator, and whatnot.
Well for the Video and DVD products, a picture is worth a thousand words, so here goes: 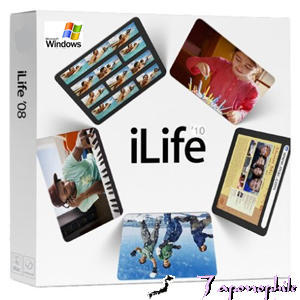 If the answer to both questions is “yes”, then they buy the subject company. Oracle acquires the technology they want, and kills off a competitor at the same time. Smart. Smart. Smart.

Since Apple doesn’t compete with any of these Windows based products, the purple elephants get sold instead to whomever their chief competitor is in the windows space. This is done as a means to offset Apple’s initial acquisition costs, with the sub-textual threat that if said competitors DON’T buy these purple elephants, they WILL show up next year with a market-share stealing Apple Logo on them.

Okay”¦ there’s my play, now I’d love to hear your adds/builds or revisions.