Back in June, I reviewed the Somersault from iBackFlip Studios, a novel sling-style backpack built to give you quick, on-the-go access to your beloved iPad. I liked the Somersault’s unique iPad-centric design, and so when the iBackflip guys asked me if I’d like to peep their new smaller and lighter Slim version ($79), I said “righto guv’nas!” Which of course, in colloquial British, means yes.

Like its bigger brother, the Somersault Slim excels at giving you quick and convenient access to your iPad while you tote it about. It works like this: Instead of taking the bag off and opening it like other bags, you swing the Slim around from your back to your chest, then with one swift unzip, the Slim opens to unveil your iPad right there and ready to use. Is it kind of geeky? Absolutely. But if you use your iPad a lot while you travel about your day on bus or bike, you’ll find it really useful.

I’m also a fan of the Slim’s smaller size and weight. Its slightly more compact size makes it feel easier to handle, and though it’s only about 6 ounces lighter than the original Somersault, the difference in heft is definitely noticeable.

The iBackflip team told me the Slim model also has some less obvious improvements over the original. Those tweaks include a better handle, better clips, and easier access to the home button (I definitely noticed that part). The bezel also looks to be higher-quality.

But like the bigger Somersault, the Slim still includes two storage spots for stylus pens (cause I know you need two of those), utility clips, and plenty of pocket space for knick-knacks and clicker-pens.

With all the Slim’s improvements over the big Somersault, I’m disappointed to see the same glaring problem I had with the original model, namely, the big steel grommet on the inside of the case that makes metal-to-metal contact with your iPad’s precious aluminum backside. This grommet’s purpose is to allow you to use your iPad’s camera without having to take it out of the case. But does it have to be made of Soviet tank parts? Ok, so it’s really smooth and the iBackflip team claims they’d never had customers complain that it causes any issues. And maybe that’s true, but I don’t care. I don’t want any metal-on-iPad contact — ever. You should never have to worry about a case scuffing or marking up your iPad, which I’m fairly certain the last Somersault case did to my iPad 2.

For those who like to use their iPads while out and about, you know, travelers; construction professionals; bus-riding conversation-avoiders; the Somersault Slim is great. It’ll keep your iPad protected in its clutches while giving you an ease of access no other cases provide. Just be wary of that inner metal grommet – it could cause problems. 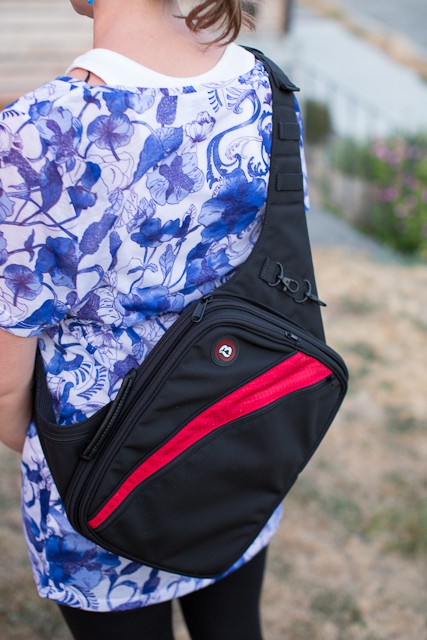 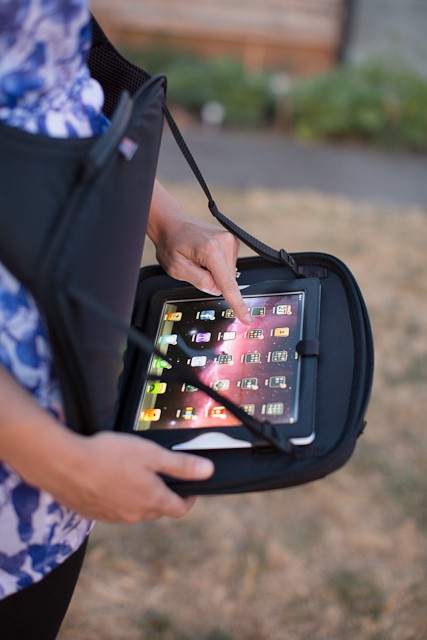 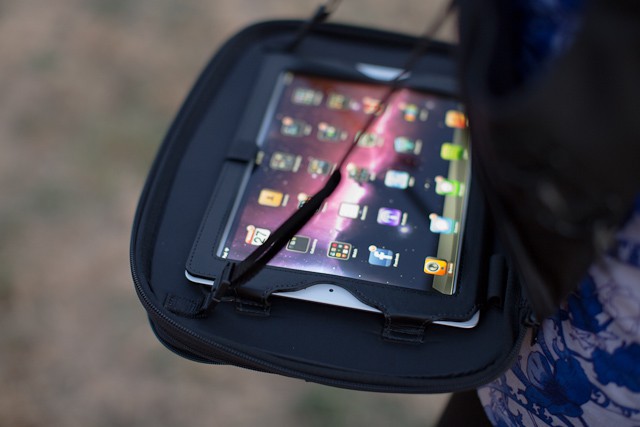 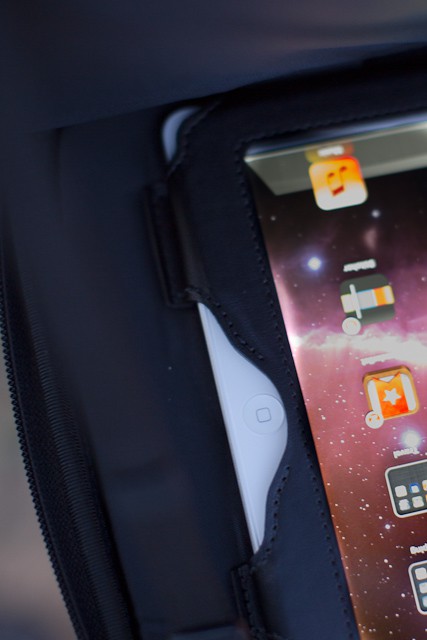 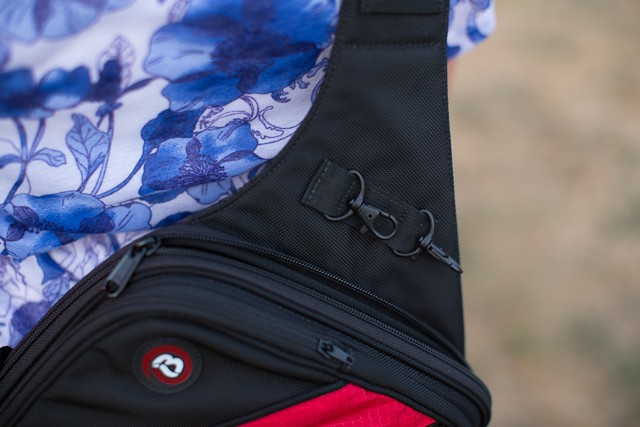 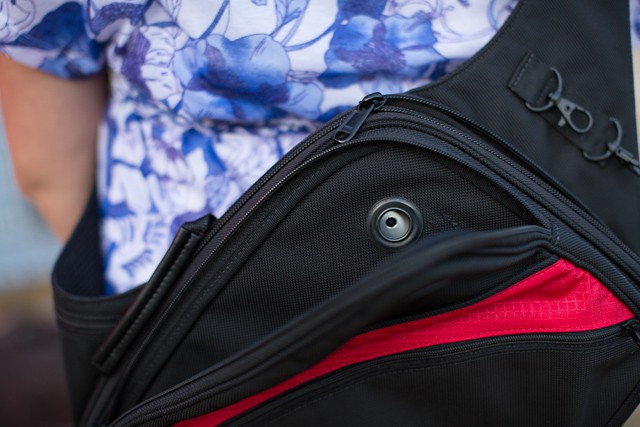