Nikon’s rumored Android-powered compact camera is here. It’s called the S800c, and along with a smartphone OS, it packs GPS and Wi-Fi, making it a possibly the greatest Instagram shooter out there.

From the front, the S800c looks like any other Nikon compact. From the back, it looks like a cellphone, with nothing but a 3.5-inch (819,000-dot) OLED touch screen plus home, menu and back buttons. Up top you get the power switch plus the shutter release and zoom rocker. 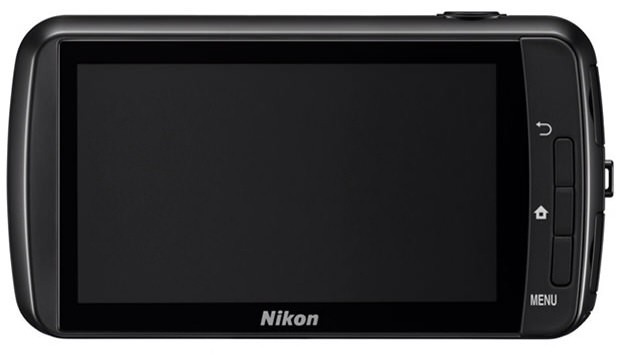 But the real point here is the Android OS, which gives access to all the photo apps in the Google Play store. It’s a smart move: it’s pretty easy for Nikon to put an Android computer inside a camera, but it’s not so easy for the likes of LG or Samsung to add a decent camera to their cellphones.

I currently have two cameras: a Panasonic GF1 with a clutch of lenses, and an iPad 3. Despite its awkwardness and limits, I use the iPad almost exclusively, mostly because I can quickly edit and share the pictures, and because the photos are GPS tagged, and partly because I always have the iPad with me. If the camera had Wi-Fi and a computer OS, though, I might use that instead.

The new Android Nikon goes on sale in September for $350.