PC games: they can be the bane of a Mac gamer’s existence. The Mac may be a better computer than a windows box, but even so, most games don’t support OS X. Even on Steam, the leader in cross-platform computer game support, most games run only on Windows. The reasons for this are manifold, including mid-level integrated graphics chips and less customizable hardware, but it shouldn’t be this disparate.

There are a few options for running those PC games on Macs, of course. There’s Boot Camp, which allows you to run a full copy of Windows right on your Intel-based Mac, but it requires a reboot to switch between OS X and Windows environments, which can be tedious. There are emulators you can buy, like Parallels and VMWare Fusion, but these never quite pan out, in my experience, as they always seem to be fraught with issues when connecting peripherals, mice, etc. They also cost a bit, and require a full copy of Windows, which will run you some money, too.

Luckily, there’s a way to do just that. 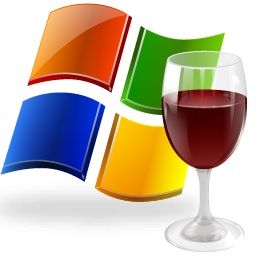 Seriously, that’s the self-referencing recursive acronym for Wine. Get it? So clever, those open source folks.

Wine actually runs as more of a translator between the instructions in the PC program and the Mac operating system. It basically fools Windows into thinking they are running in a Windows environment, without actually emulating that environment (and taking the same performance hit) like Parallels does. Wine has the benefit of a large, open-source community for support as well, which means it will continue to get better and improve compatibility for a lot of games along the way.

I chose Guild Wars: it’s a game that has gone free to play lately, is Windows-only for now, and it is listed in the Platinum compatibility list on the Wine HQ site. All the examples from here on out will be from my own experience installing Wine to play Guild Wars on my Mac Mini 2011.

Once you head over there and pick a game, you’ll be ready to make sure you have what you need to run Wine. 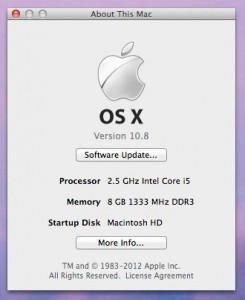 First up, you’re gonna need an Intel Mac. If you’re still running a Power-PC Mac, a) it’s time to upgrade and b) this isn’t going to work. To find out what kind of Mac you have, click on the Apple menu in the upper left corner of your screen, choose About This Mac, and it will tell you. Honestly, though, if you don’t know what kind of Mac you’re running, you might have a bit of trouble with the following instructions, which assume you have access to your admin account and password, can install XCode, and have the latest Java Development package (it comes as default with Mac OS X 10.7 and up).

You’ll also need the X11 app, which used to be a standard install app starting in OS X 10.5, but which has recently been removed from OS X 10.8 Mountain Lion. If you’re running 10.8, head over to the XQuartz web page to download an open source version of X11 for Mountain Lion. Install it as you would any other package file.

You’ll also need to be comfortable using the command line via the Terminal app, an internet connection, and a couple of hours to work through all the steps involved. It’s not rocket science, but there is a certain level of patience that will be needed.

Next Page: Getting Your Game Running!