Apple wants Samsung to stump up a whopping $2.5 billion in damages for allegedly copying its iOS devices, but how much does Apple feel it is owed specifically for each device? A new court filing entitled “Summary of Apple’s Damages Calculations” provides a complete breakdown of the damages, and shows exactly which of Samsung’s Galaxy devices are accused of infringing Apple’s patents, and what the Cupertino company is demanding in damages for each one.

The document was produced by Invotex Group, a consulting firm that specializes in calculating royalty rates for litigation. It details for different scenarios — based on profits — each with totals ranging from $2.47 billion to $2.88 billion in damages. 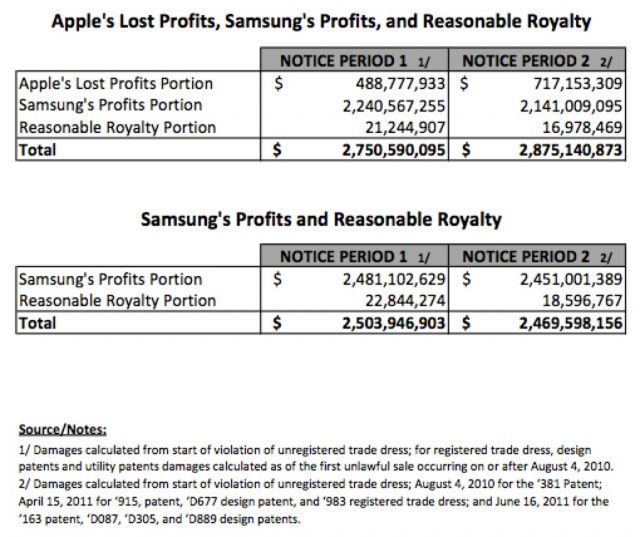 But what’s most interesting is the table that show precisely how these numbers came about, or which of Samsung’s Galaxy devices are accused of infringing Apple’s intellectual property. There are 28 all together, and the table highlights exactly which utility patents, design patents, and trade dress claims each one is allegedly infringing. 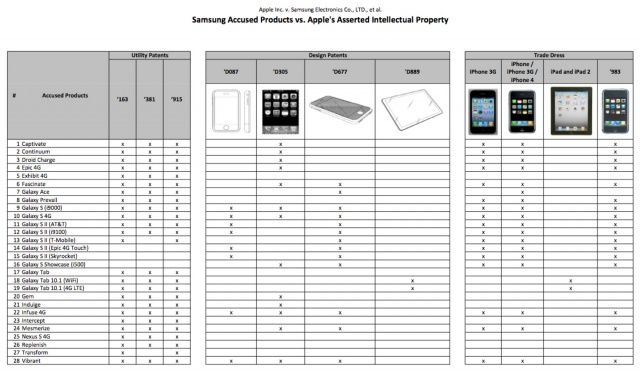 The document then details the amount of “reasonable royalty” Apple should be entitled to for each device. In the first scenario, pictured below, Apple feels it is entitled to royalties from six devices, totaling $21,244,907. 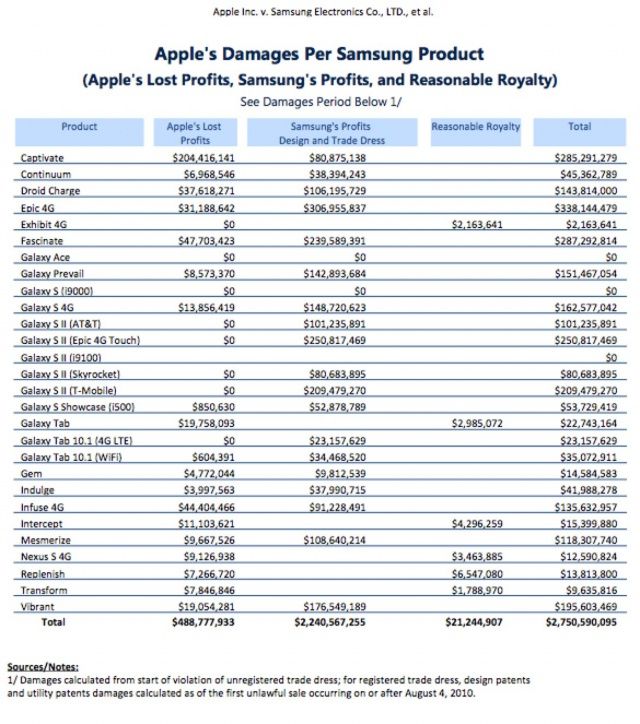 If you’d like to see the other scenarios, you can download the entire PDF from the source link below.