At this year’s Consumer Electronics Show in Vegas, the only thing I was hunting down more than free drinks and after-parties, was power outlets. Yes sir, I love my purdy white iPhone 4S, but on days of heavy use, I find I need to charge it two times or more before the day is through.

The Dual USB Power Bank from Verbatim (about $65), provides a a massive amount of portable power that should keep anyone from outlet-hunting in the inky-shadows of Vegas convention halls. But the question is, how does it perform while charging two connected devices or the power-hungry new iPad?

Though the Verbatim Power Bank (PB) isn’t small, it is quite thin and easy to stash. You could easily fit the PB in pretty much any bag, or even a back pocket if you have an aversion to ever getting a girlfriend.

But the VPB is definitely big on power. Its 10,000mAH lithium polymer battery (that’s the good kind) charged-up my iPhone 4S from 30% to 100% about six times, and still had power to spare. That’s great because once your other tech-writing friends realize you have a portable battery at CES, they always want to tether to it and drain all your power-juices. Next time, I can top them off and still have some electrons left for my iPhone.

The Power Bank’s side-mounted on and off switch is also a nice touch. This feature probably seems like a no-brainer, but I’ve seen many power bricks with power buttons, and those can easily get pressed while in a bag, leaving your battery drained and near-death when you go to actually use it.

I should mention that the PB does charge-up an iPhone pretty fast, though not as fast as a wall charger. And even though charging times slow down a bit when you plug in two devices at once, they don’t drop much. I found the PB handles dual-charging quite nicely.

Though the Power Bank has 3 blue LEDs that display power levels, they don’t do a good job at communicating just how much power the PB has left. I wish the PB had a better meter that was a little more informative of its current battery state.

I also think it’s weird that, even though the PB has a port labeled and dedicated to the iPad, the PB can’t actually fully charge the new iPad. Granted, the new iPad has an absolute behemoth of a battery, but Verbatim should make it clear on the packaging or something that the PB can only fully charge an iPad 1 or iPad 2. The Power Bank was only able to get my new iPad up to about 75% before pooping out.

I would absolutely recommend Verbatim’s Dual USB Power Bank. It’ll keep multiple devices charged while you’re on the road, and will fit nicely into any bag you own. If you find you need portable power to keep your iPhone alive and Instagramming, the Verbatim Power Bank does the job nicely. 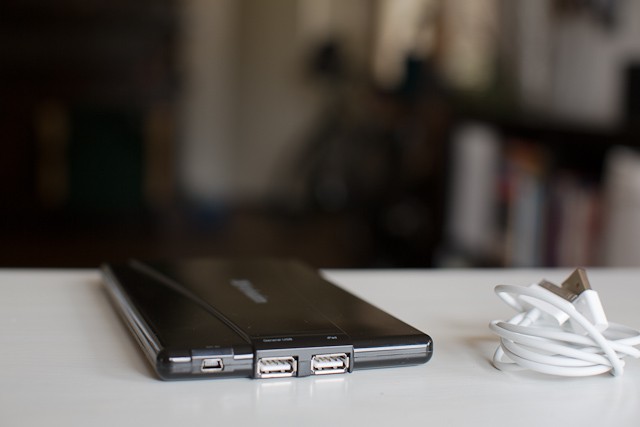 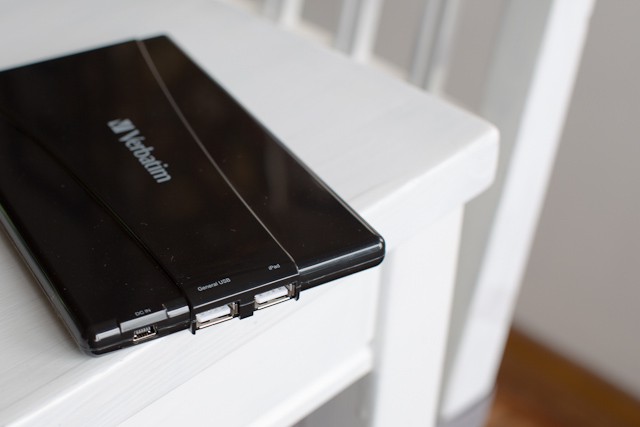 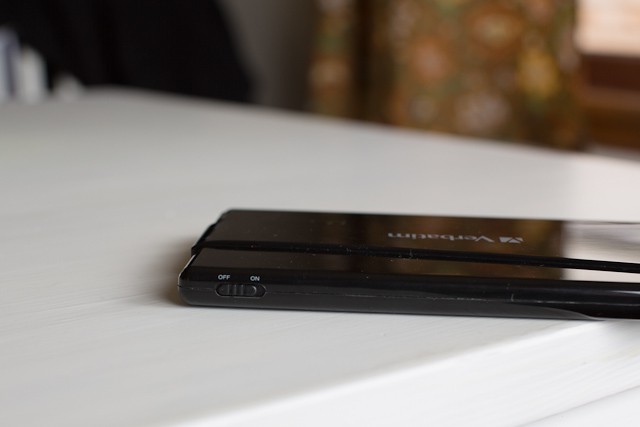 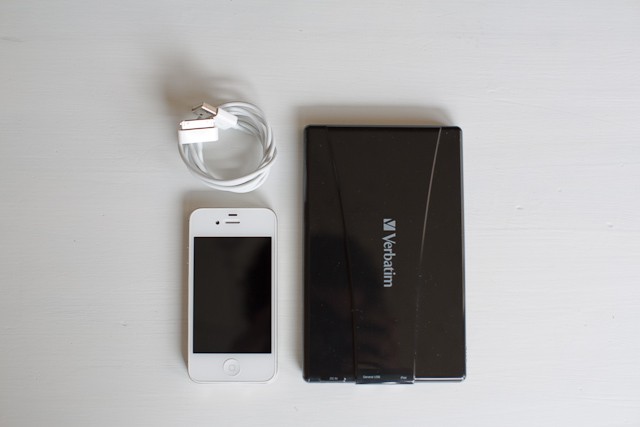 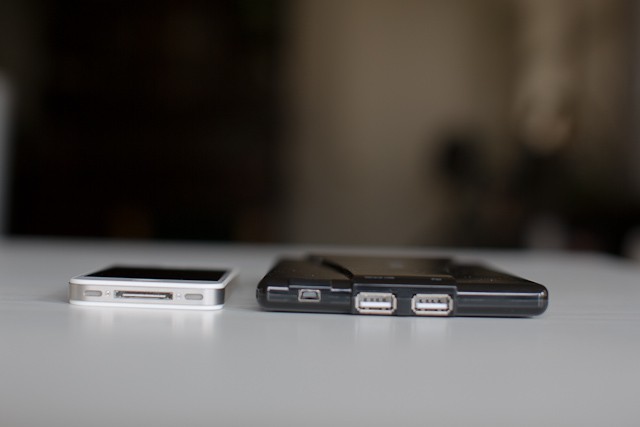