Since Apple unleashed Mountain Lion, we’ve been showing you tips and tricks for customizing the new OS down to the gritty details. A neat app called Lion Tweaks allows you to access a host of hidden settings in the previous version of OS X, and the developer has now updated the app for Mountain Lion.

“After the success with Lion Tweaks, helping houndreds of thousands of users in OS X Lion – Mountain Tweaks is set to do the same with Mountain Lion,” says Fredrik Wiker, the app’s developer. “The release focus on a user friendly user-interface, even more tweaks and the ability to do simple maintenance on your Mac – we think this makes it the best tweaking tool for Mac, ever!”

Only a few tweaks are Mountain Lion-specfic so far, but Wiker has said that he’s adding more in the future updates. Mountain Tweaks works on Lion as well. 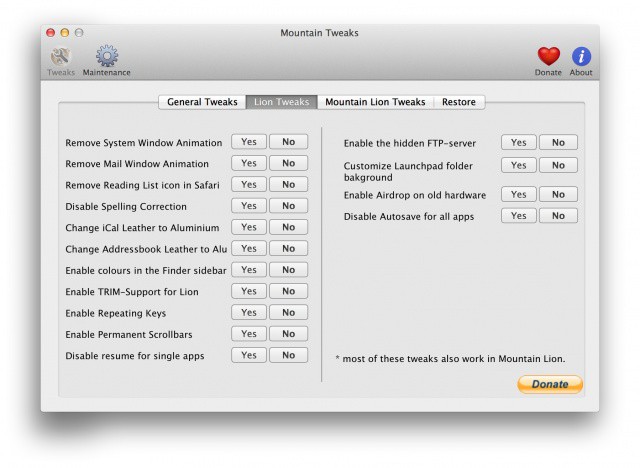 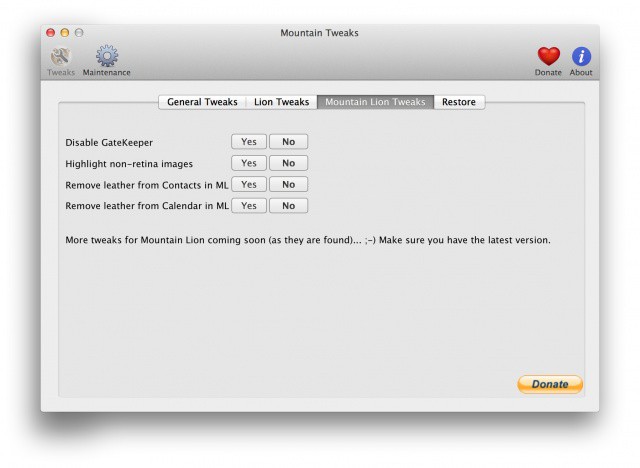 Mountain Tweaks is available as a free download, but Wiker is asking for donations.