Total Recall, the official game for the upcoming science-fiction thriller, is now available on Android and iOS. It’s a fast-paced first-person shooter that follow’s the movie’s storyline across eight missions, promising a wide variety of weapons for “non-stop, adrenaline-pumping action.”

It is the year 2084, and you suddenly find yourself on the run from mysterious assailants after a trip to the memory implant center Rekall goes horribly wrong. The Fate of the World hangs in the balance, as the line between Fantasy and Reality dissolves into a Paranoid Dream.

You step into the shoes of Douglas Quaid as you fight your way through New Asia and travel to the core of the Earth, enjoying immersive, cutting-edge 3D environments along the way — all of which are taken directly from the movie. Comic book-style scenes set the stage for each of your eight missions, with seven more coming soon. 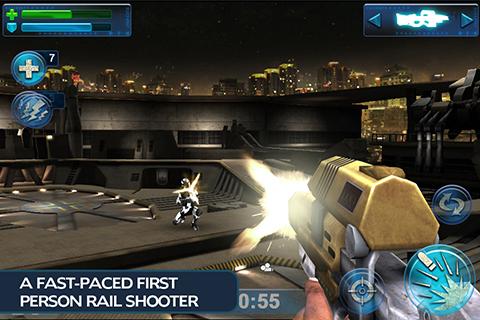 Choose from handguns, assault rifles, small machine guns, shotguns and more to help you along your way, and upgrade each of your weapons as you progress. Look out for the rapid-fire Gatlin LMG, and the one-shot kill Rhino handgun.

“Total Recall Game is highly recommended for all fans of action, adventure and sci-fi thrillers, as well as those of First Person Shooter and Role Playing Games.”

Total Recall is out now on Android and iOS, and you can pick it up for $1.99 using the links below.