After months of construction work on the old Banco Espanol de Credito building on Passeig de Gracia, Apple has today taken the wraps off of its new flagship retail store in Barcelona, Spain. Cult of Mac has exclusive first pics from the scene. 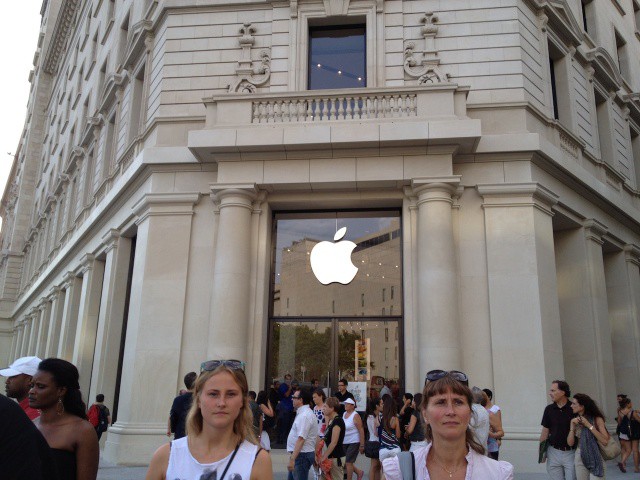 Reporting from Barcelona, Cult of Mac publisher Leander Kahney writes that Apple has taken down the barriers surrounding their new Barcelona retail store, giving locals and gawking sightseers their first look inside the new store. 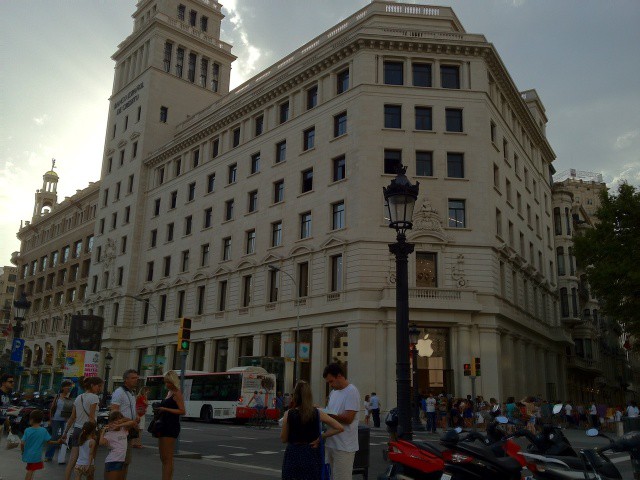 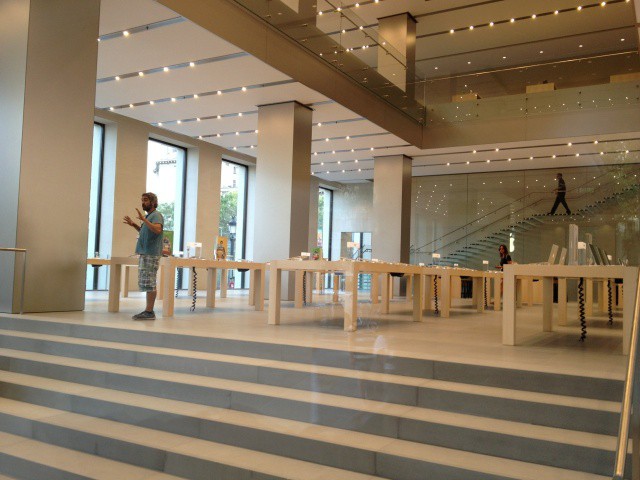 On the ground floor of the Barcelona Apple Store, about half of the available floor space is taken up with iPhone and iPad displays, spread across twelve tables in three rows. The other half of the floor is taken up by various models of MacBooks, with only a single table devoted to iMacs.

Higher up, the glass staircase leads to the Genius Bar, as well as an in-house theater. 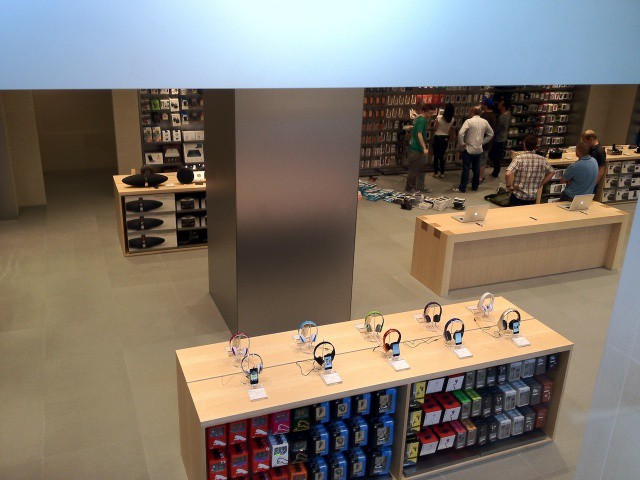 In the basement is where Mac and iOS accessories are stored, which Apple retail employees are now hard at work filling the shelves.

Despite rumors to the contrary, the interior of the Barcelona Apple Store has no overt nods to the Catalan Modernist architectural style for which Barcelona is known. 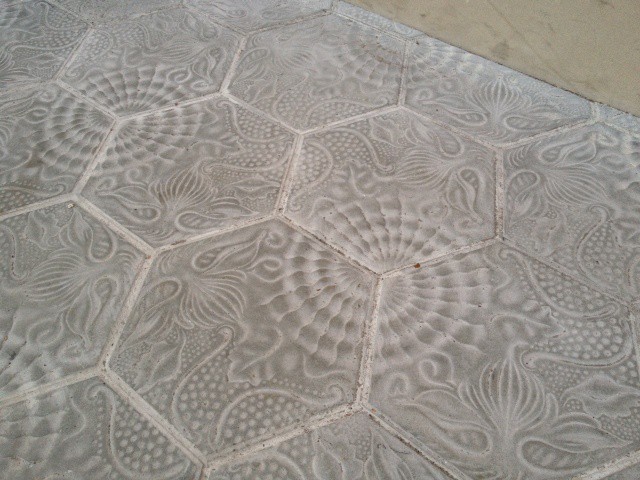 “There’s no sign of any tile work, no special Anton Gaudi touches,” reports Kahney. “Except for the beautiful city sidewalk outside, it’s all Cupertino, not Catalonia.” 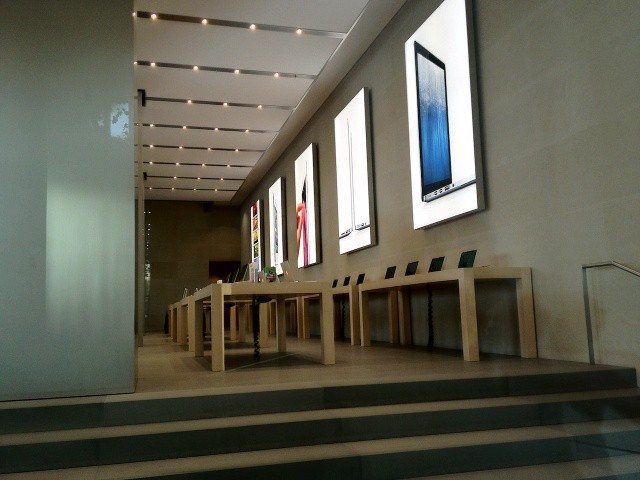 Instead, the inside of the Barcelona Apple Store is typical Apple, with the only exception being a series of nice, big illuminated panels on the back walls showing off Apple’s products, which are done in a very high style. 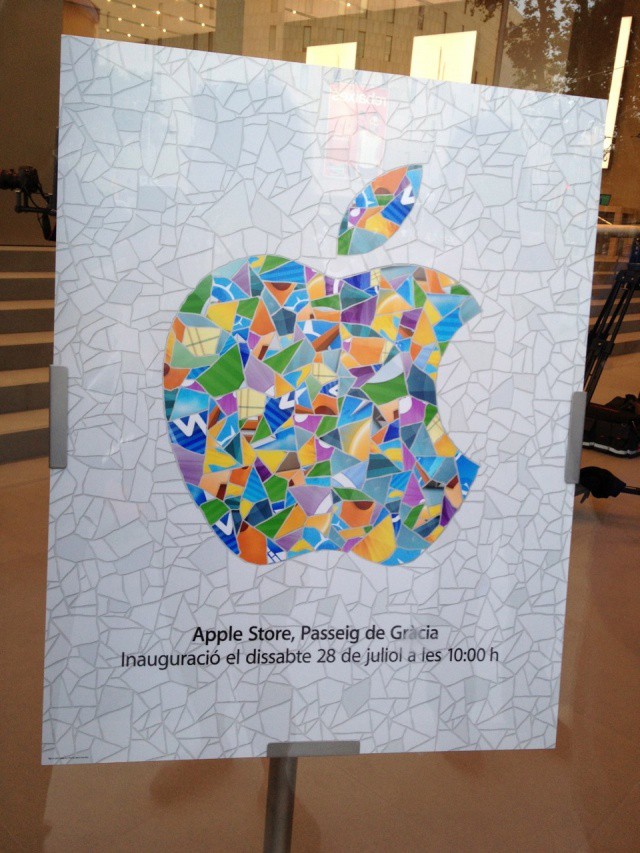 The Barcelona Apple Store is not officially opened for business quite yet. It opens its doors to the public for the first time on Saturday July 28 at 10am. 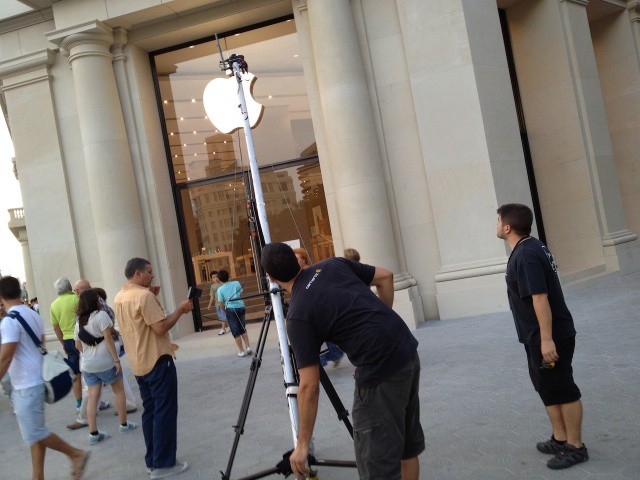 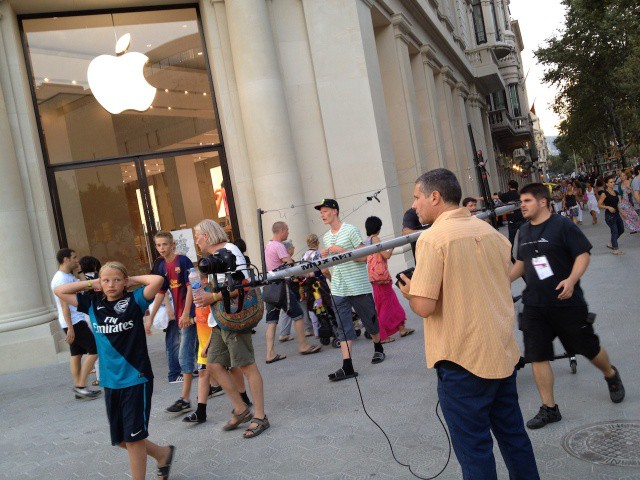 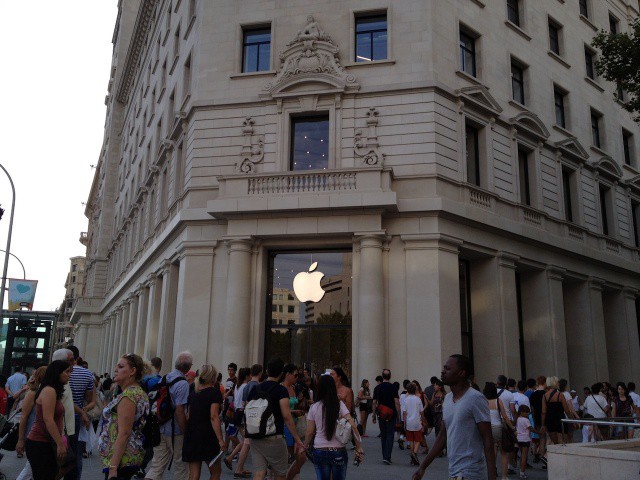 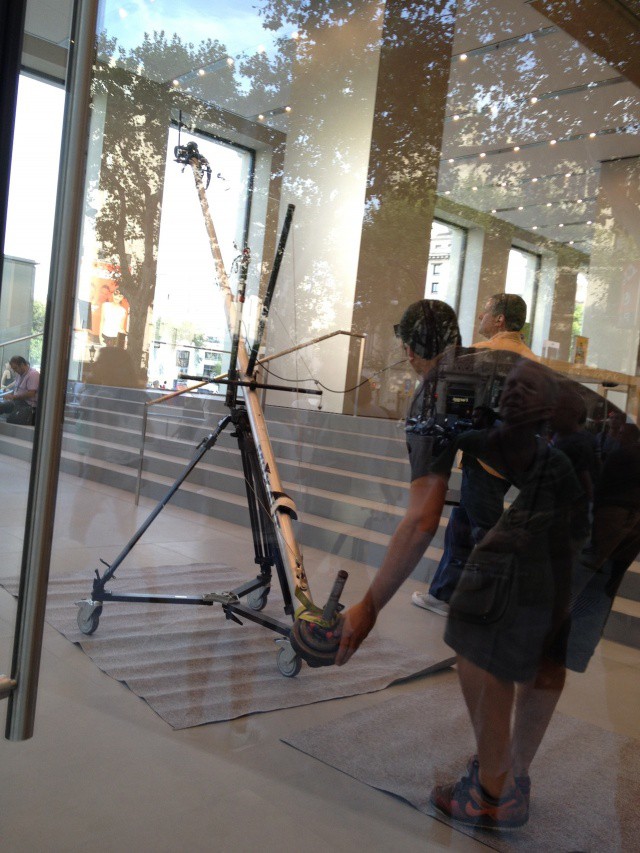 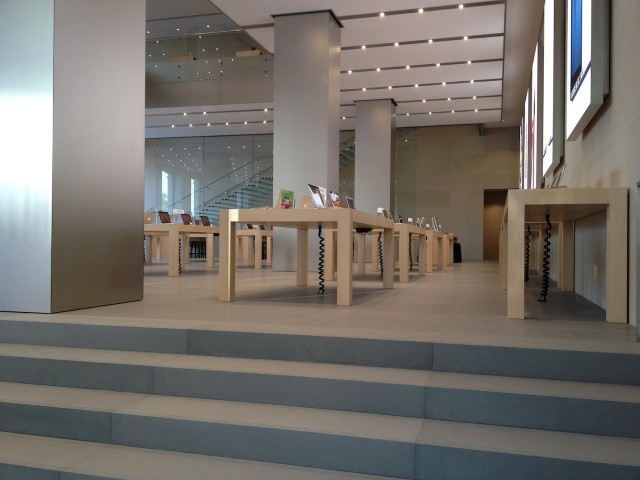 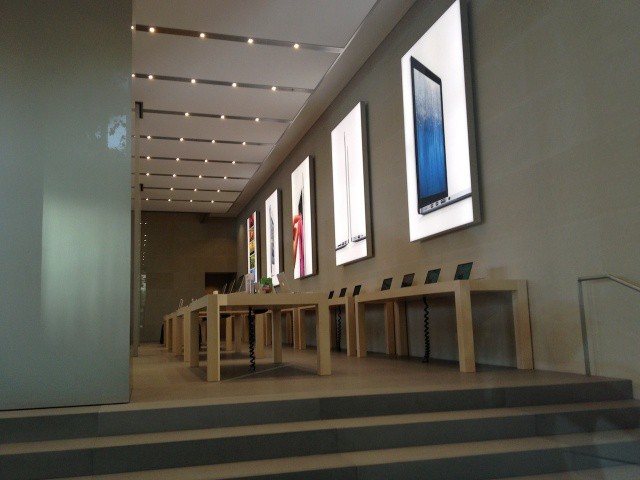 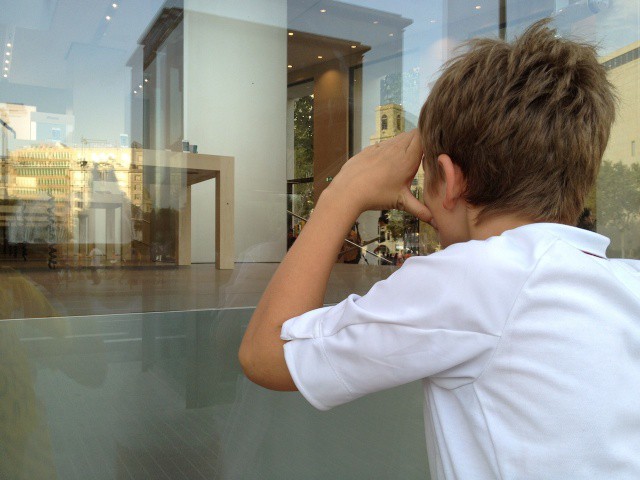 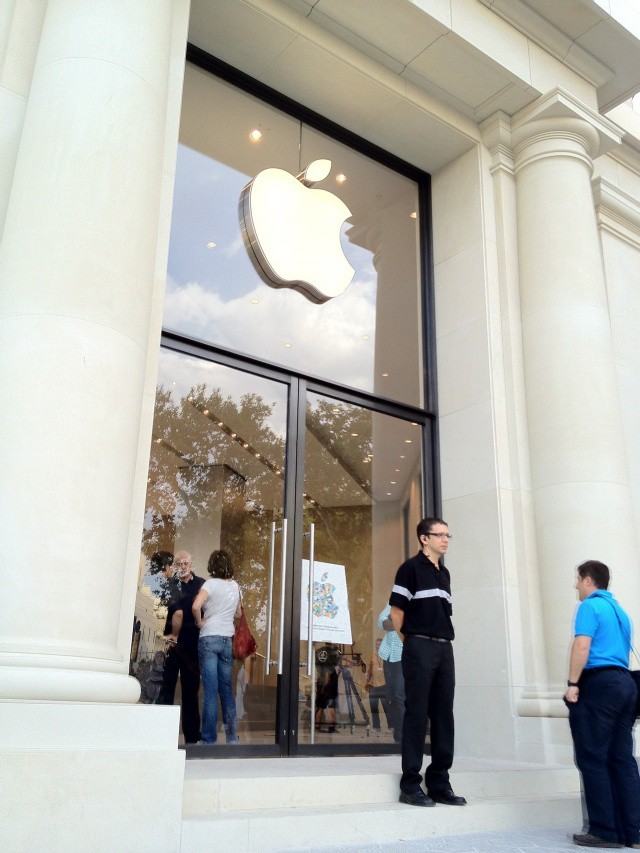 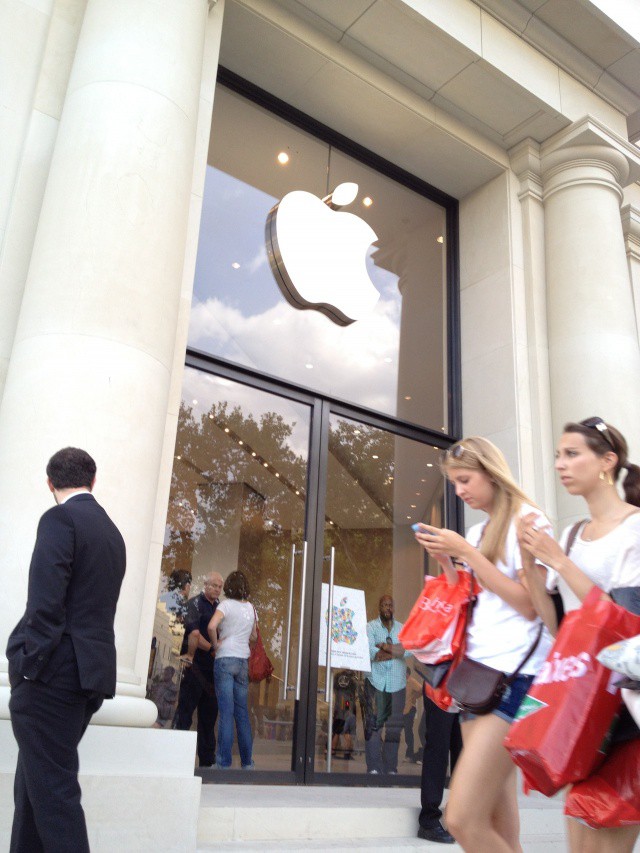 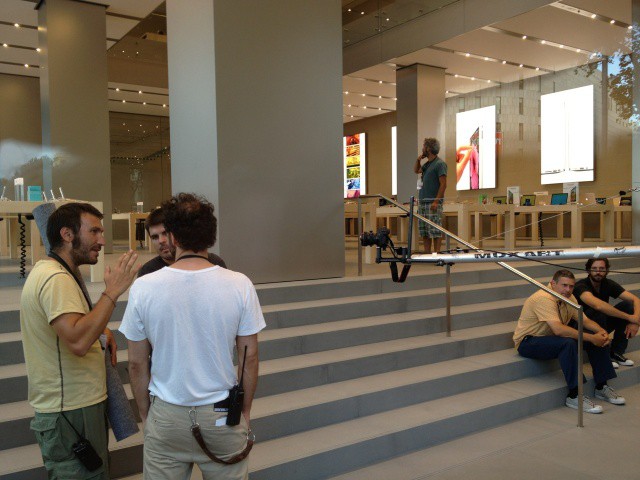 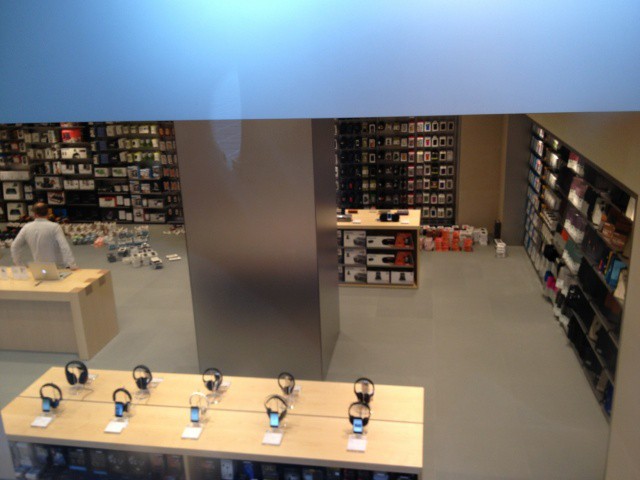 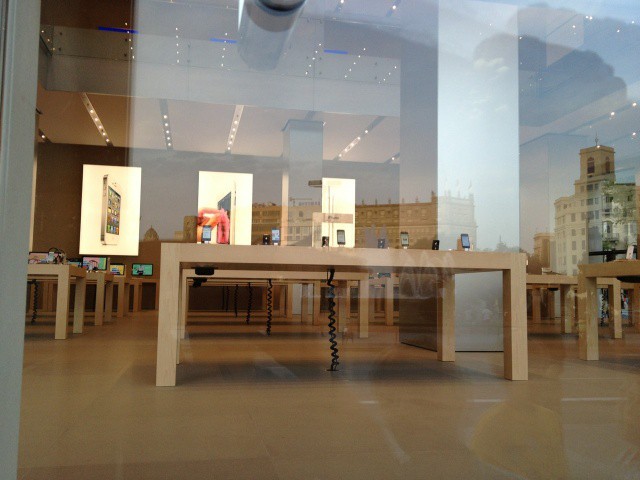 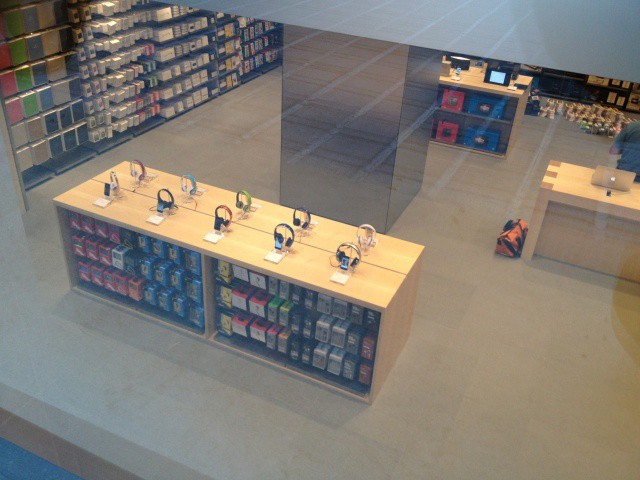 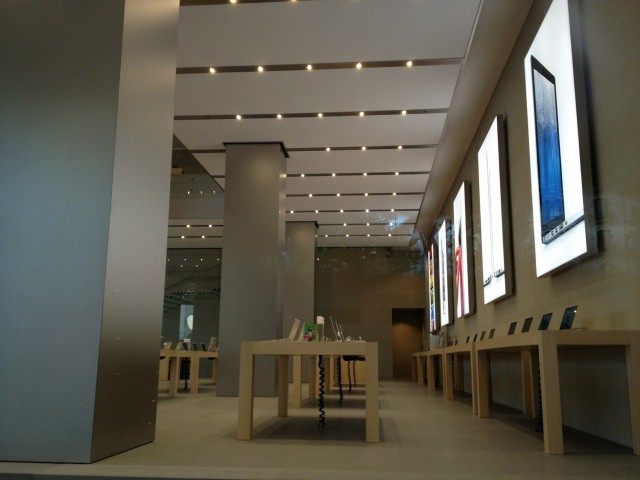 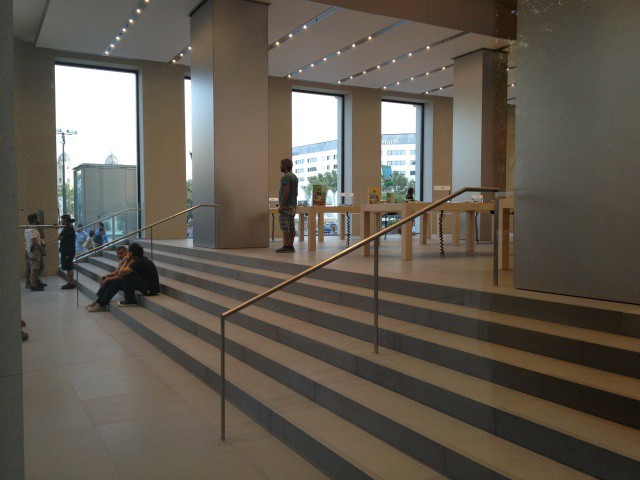