There are no big announcements from Apple today. No new products, nothing special happening. But it’s a special day nonetheless.

Many of you will know that Walt’s opinions are widely read, and are likely to sway a lot of people in their computer-purchasing decisions.

In recent years, he has consistently said that Mac OS X is a better choice than Windows, either XP or Vista. But with the imminent release of Windows 7 (on October 22nd), that comes to an end. 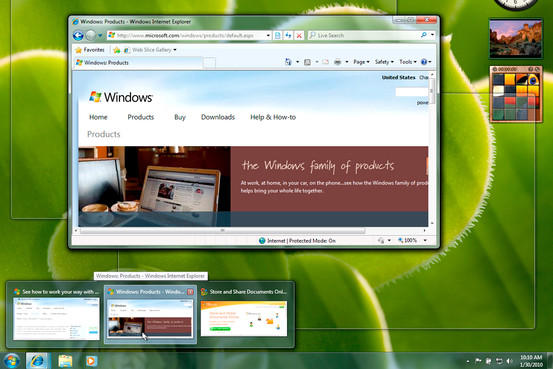 “After using pre-release versions of Windows 7 for nine months, and intensively testing the final version for the past month on many different machines, I believe it is the best version of Windows Microsoft (MSFT) has produced.

“In recent years, I, like many other reviewers, have argued that Apple’s Mac OS X operating system is much better than Windows. That’s no longer true. I still give the Mac OS a slight edge because it has a much easier and cheaper upgrade path; more built-in software programs; and far less vulnerability to viruses and other malicious software, which are overwhelmingly built to run on Windows. Now, however, it’s much more of a toss-up between the two rivals.”

Walt’s opinions matter. He’s one of the few tech journalists that Steve Jobs is prepared to talk to in person. And yet his reviews are always fair and unbiased. So when Walt says a Windows product is on a par with OS X, you can be sure that there will be people inside Apple Inc taking notice.

What does that mean for the rest of us? In the short term, nothing much: Snow Leopard is only just out, and it will be the standard OS X for some time to come.

Perhaps it will mean some more aggressive marketing on Apple’s part. The “There’s an app for that” campaign has been a success for the iPhone, so perhaps we might see some TV ads promoting the benefits of OS X software too.

Of course, another tactic would be to steal Windows 7’s thunder by releasing something completely new, something that changes whole industries, like the iPod did a few years ago. Something like a tablet device, perhaps.