Popular third-party email client Sparrow has announced that it has been acquired by Google. The iPhone and Mac app will remain unchanged, but all development of new features has been discontinued.  Sparrow has promised to continue supporting its user base as it transitions into becoming part of the Google family.

Google will merge the talented team at Sparrow with the Gmail team.

We’re excited to announce that Sparrow has been acquired by Google!

We care a lot about how people communicate, and we did our best to provide you with the most intuitive and pleasurable mailing experience.

Now we’re joining the Gmail team to accomplish a bigger vision — one that we think we can better achieve with Google.

We’d like to extend a special thanks to all of our users who have supported us, advised us, given us priceless feedback and allowed us to build a better mail application. While we’ll be working on new things at Google, we will continue to make Sparrow available and provide support for our users.

We had an amazing ride and can’t thank you enough.

Google has provided the following statement on the acquisition:

The Sparrow team has always put their users first by focusing on building a seamlessly simple and intuitive interface for their email client. We look forward to bringing them aboard the Gmail team, where they’ll be working on new projects.

Sparrow has long been considered the staple third-party email app for Mac and iOS. The company launched their Mac client as a public beta in October 2010, and an iPhone version was released back in March of this year. Over the last few months, the developers of Sparrow have been building the Mac app up with features like POP support, enhanced customizability, Retina graphics, and OS X Mountain Lion support. 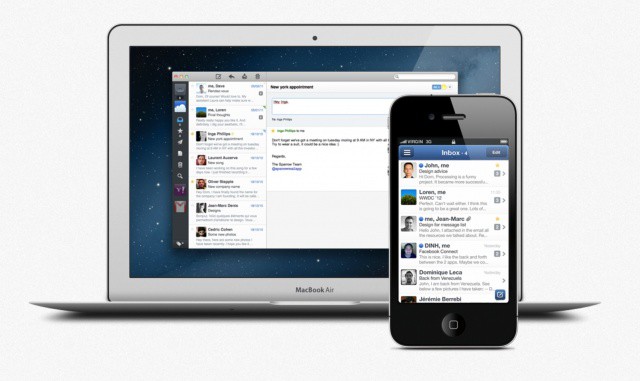 In an email to its user base, Sparrow has said that it will stop working on the development of new features:

We will continue to make available our existing products, and we will provide support and critical updates to our users. However, as we’ll be busy with new projects at Google, we do not plan to release new features for the Sparrow apps.

An iPad version of Sparrow has been in development for months, but it looks like the app will never see the light of day.

The Sparrow team is now looking forward to “working on some new and exciting projects at Google.” At least Google’s Gmail app will get better.

Update: The Verge has some details on the deal:

The talks have been ongoing for a while; Sparrow was well known, and our source said Google recognized that the five-person-team had a “lot of expertise in how to make mail communication really simple.” While we couldn’t get an exact number, we’re told that Sparrow was acquired for under $25 million, and that there wasn’t a bidding war surrounding the purchase. While our source couldn’t specify a timeline, the goal is to get the Paris-based Sparrow team in-house on the main Mountain View campus.