The PixelSkin HD Wrap ($50) is an iPad (third-generation) case from Speck that promises to be “the perfect iPad folio case for anyone looking for lightweight protection, secure grip and pixelicious style.” It’s made from a flexible TPU that’s impressively robust, and provides full-body protection to your iPad with a number of nifty features.

Its raised “bump-proof” bezel hopes to protect your iPad from impact damage when you happen to drop it on its face, and just like Apple’s Smart Cover, the PixelSkin includes a built-in magnet that automatically puts your iPad to sleep when you close it, and then wakes it up again when you open it.

The front cover doubles as a stand for typing and watching movies, and as you’d expect, the PixelSkin provides access to all of your iPad’s buttons, ports, and cameras.

The PixelSkin comes in a selection of bright, vibrant colors and it just looks great. It wraps wonderfully around the iPad to provide a perfect fit, and although its made from a relatively thick TPU, it doesn’t actually add too much bulk to your device. At least not enough for it to become a problem.

And of course, the thicker the TPU, the more protective the case. The PixelSkin leaves nothing exposed — apart from the very small cutouts for your iPad’s buttons and ports — and so no matter how it lands when you drop it, your iPad is protected.

Not that you should be dropping it all that often, because the PixelSkin’s “pixelicious” grip, which features small raised squares all over the case, increases your grip on the device and makes it less likely to slip out of your hands. 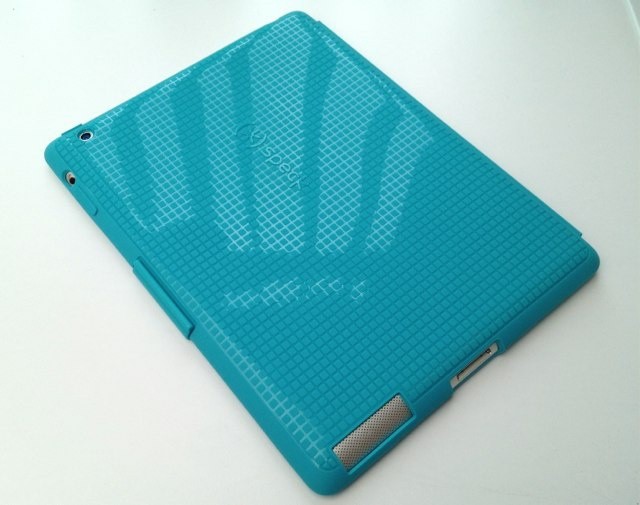 The other great thing about the PixelSkin’s TPU design is that it’s easy to clean. When you let the kids play with your iPad and it comes back covered in grime and slime, you can simply wipe it over with a wet cloth and it scrubs up like new.

The PixelSkin features a sleep/wake magnet in its front cover that means your iPad is ready to go as soon as you open it up. This is a relatively minor feature, but you’d be surprised how many cases don’t have one of these — even after all this time — and it’s actually quite frustrating when you have to use one that doesn’t after you’ve become so used to it.

Although it has that magnet, the PixelSkin doesn’t rely on it to keep the cover closed. It actually has a handy “snap closure” that clips around the side of your iPad to ensure the cover stays closed when you need it to. This prevent the cover from flapping open inside your bag and leaving your iPad’s display exposed to all the dust and dirt you have floating around in there.

The clip also secures the PixelSkin in place when you fold it into a stand for watching movies, and helps to ensure your iPad won’t topple over.

There are so many good things to be said about the PixelSkin’s TPU design, but there’s also one bad thing I must point out. Because it’s so thick, it’s not quite as flexible as it needs to be, and that’s a problem when you need to fold it up into a stand.

It’s not an issue when you’re watching movies, because as I mentioned above, the clip keeps the case in place rather well. But this isn’t the case when the PixelSkin’s cover is rolled up for typing. It’s always ready to spring open, and if you happen to lift your iPad even a little bit, it will do exactly that. 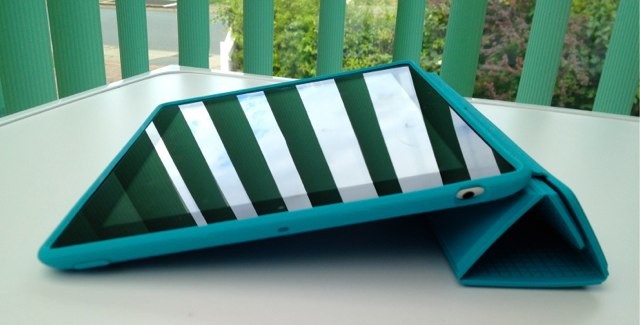 I was hoping that over time, the front cover would become a little more flexible. But I’ve been using the PixelSkin for about a month now, and it shows no sign of easing up. Having said that, as long as you keep the iPad flat and you don’t lift it, it’s heavy enough to keep the PixelSkin in its place.

My only other gripe about the PixelSkin is that it is a little weighty. That’s not noticeable when you take the case out of the box, but once it has the iPad inside it does add a little weight. Unfortunately, that’s just the sacrifice you make for such a protective case.

The PixelSkin does a wonderful job of keeping your iPad protected, and looking great at the same time. It fits the new iPad perfectly, and like any Speck product, its build quality is exceptional. Sure, it adds a little weight and they keyboard stand is a little temperamental, but these are really minor drawbacks on the face of it, and I can’t help but love the PixelSkin. 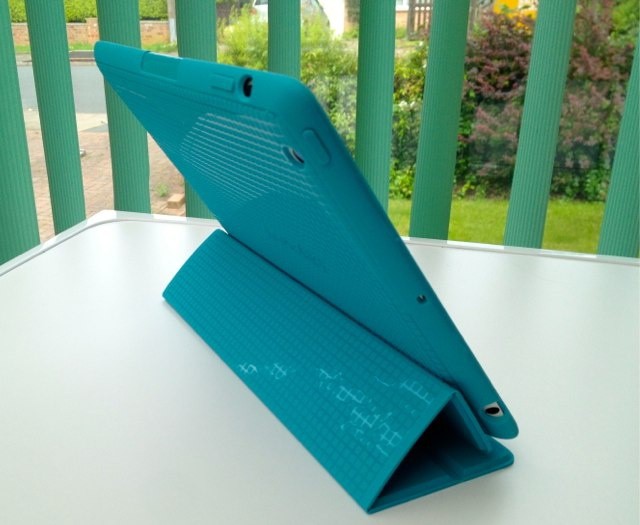 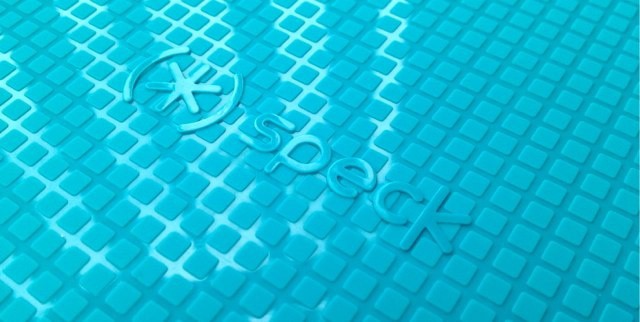