All great photographers know how to light well. And step one of good lighting is getting your flash off the top of your DLSR, where it sits and spews gross rays onto every one of your unfortunate victims, and onto a light stand where it belongs.

But how does one make a flash work when it’s not on the camera? The Phottix Odin Flash Trigger for Canon ($350) is up to the task, but that’s a major understatement. The Odin isn’t just another flash trigger system — it’s a Cadillac of features at a Honda price.

The base Odin system consists of one transceiver, which sits on top of your camera, and one receiver, which connects to your flash. Each additional flash you’d like to add to the setup will need its own receiver, those costing about $145 each.

Once you have all the pieces you need, you can set the system to fire your speedlites all together or in different groups, creating the possibility for incredibly intricate lighting scenarios. Now, this in itself isn’t unique or new in the world of lighting gear, but it’s how Odin works with your flashes that really shines (pun intended).

One clever gadget, that’s how I’d describe the Odin. It has no problem controlling your speedlites manually, of course, but it is also able to read and speak the complex language of Canon’s E-TTL system. That allows you to use your speedlite just like it was mounted atop your camera, even while it sits upon a stand over 300 feet away. You’ll feel like a wizard, magically controlling and commanding lights and flashes in every direction, and all from a good-looking, well-lit receiver that sits in your DSLR’s flash shoe. This is off-camera flash done right.

Now, you’d think all that wizardry would involve a steep learning curve, right? But perhaps, with the Odin, that’s truly where the magic lies. The Phottix Odin is the easiest flash trigger I’ve ever used. Its menus are easy to navigate, easy to understand, and I dare say they’re even more user-friendly than my Canon 5D Mark III’s flash menus.

And these menus aren’t only easy on the eyes, they’re wonderfully accessible, making setting flash setting super fast. Yes, with the Odin in its perch, I can adjust my speedlite settings quickly, then get right back to shooting. I love that; when I’m in the zone, the faster I can change settings and get back to shooting, the better.

And one final note: while some flash trigger systems make you jump through hoops to learn how to use them, the Odin doesn’t, and I think that’s dandy. Want to use your Canon’s native flash menu’s to control your speedlite? No problem. Want to set your flashes on manual and control them all from the Odin receiver? Brilliant, do it. I know a product is working right when I don’t even need to open the manual.

Because the Phottix Odin works on the same frequencies as many routers and wireless telephones, Phottix warns that those kinds of electronics can interfere with Odin’s performance, and they did somewhat with my unit. I noticed that while shooting very close to my Apple AirPort Extreme router, the Odin would sometimes cause my speedlite to fire late, or not at all. It didn’t happen often, and the issues ceased when I wasn’t close to the router, but it is something to keep in mind.

And here’s a nitpick: while I love that you can control your speedlites manually with the Odin, you can only adjust your power in whole-stop increments. That’s an unfortunate oversight, and means you’ll sometimes need to move your lights rather than simply dialing them down a third of a stop. I’d love to see Phottix add more granular power adjustments to the Odin’s manual controls.

The Phottix Odin isn’t only my new favorite flash trigger system, it’s one of my new favorite photography accessories, period. If you’re looking to take your speedlites off camera, don’t think twice about putting some Odins in your bag. 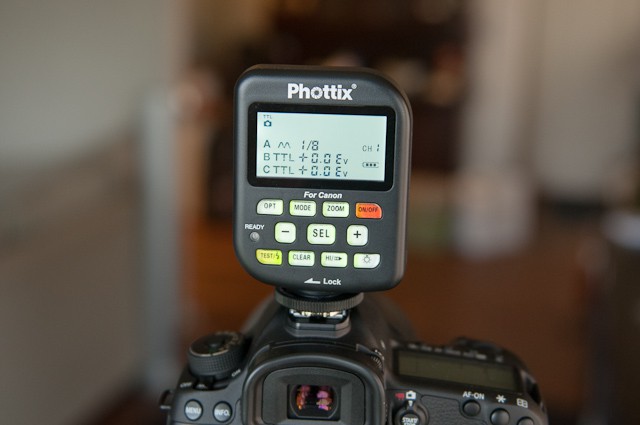 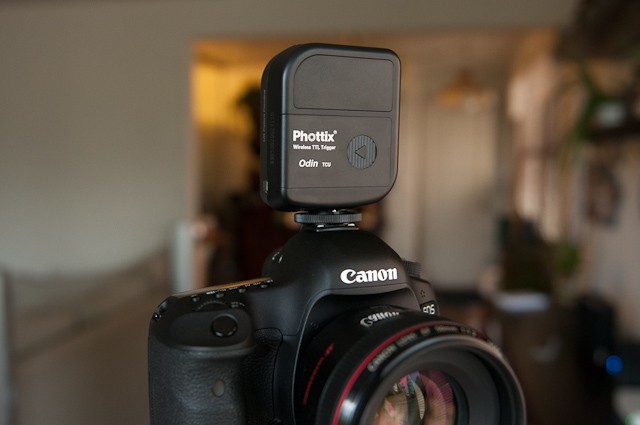 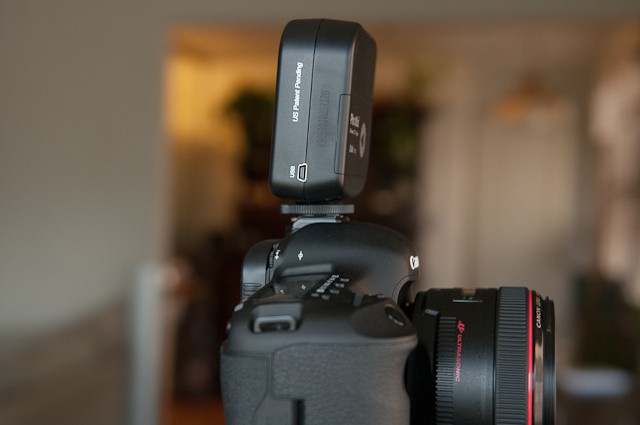 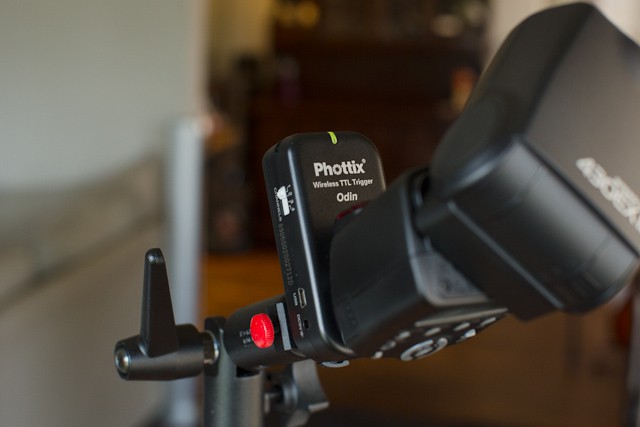 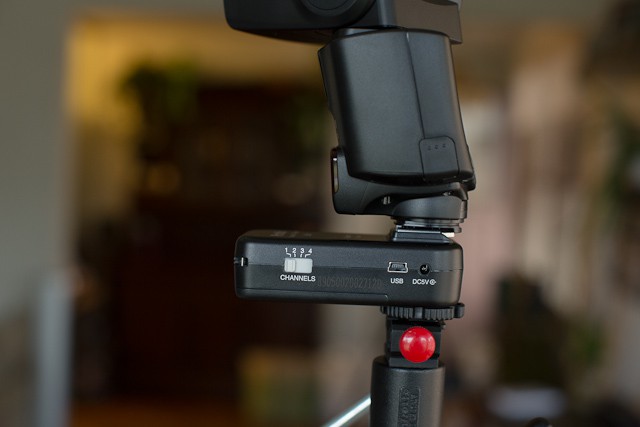 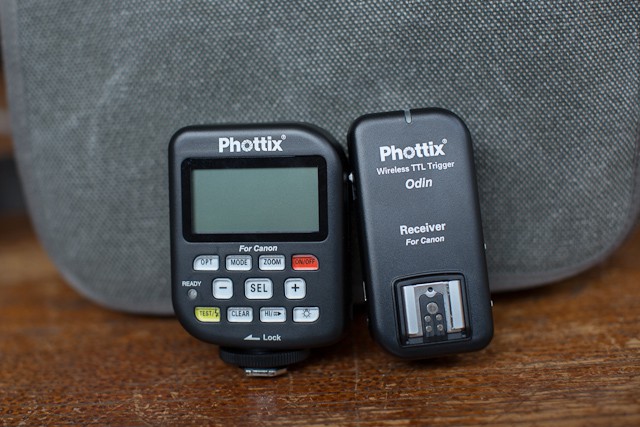