Earlier today, we reported that Siri had leaked Apple’s plans to open up a new retail store in the Broadway shopping center in Sydney, Australia. It seems, however, that it wasn’t such a big secret after all, because the Cupertino company has already begun work on the new outlet, as these images sent into Cult of Mac prove.

It looks like it’s still early days for the new store, but according to our reader, these posters went up around a week ago. The store is said to be situated on the third floor of the busy Broadway mall, which isn’t far from two Sydney universities. 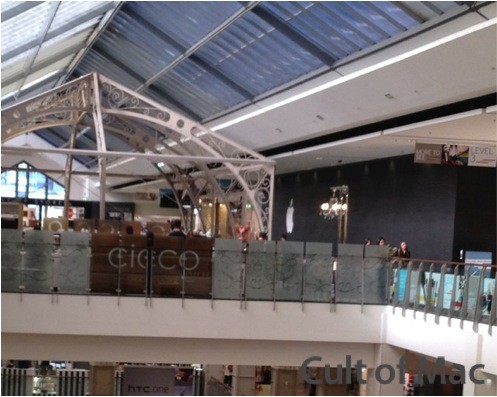 As we noted earlier, the new store could have a huge impact on Apple authorized reseller Next Byte, which also has an outlet located within the Broadway mall. Having said that, the recent demand for Apple’s devices means there’s plenty of business to go around.

Thanks: Robert in Sydney