While other manufacturers might tart up their headphones with loud colors, obnoxious logos and frills, the Klipsch Image One ($150) drops all extraneous nonsense in favor of making you happy through its three impressive strengths: perfomance, comfort and portability — a triple threat that makes these headphones a contender for best traveling companion.

Klipsch seems to think that people buying the Image One are more concerned with listening to music than grabbing the attention of the hottie over at the next table. As such, these might bag the Most Boring Headphones Award; this may or may not sit well with you. The understated, classy look isn’t going to make any hearts beat faster, but it won’t offend anyone either.

Still, the fit and finish of the Image One is good, if not excellent. And surely the low-bling factor helps keep the weight low, which makes a big impact in the comfort department, as you’ll read later on.

They also have to be the smallest circumaural (ie, the cups sit around your ears, not on top) earphones on the market. They’re so small, they sort had a difficult job accomodating my largish ears, and they tended to rest on the lower part of my lobes. This could be the reason sound isolation wasn’t as good as it should have been — for instance, I often felt that too much noisy environmental sound leaked through when using them at the local Starbucks.

Still, the style of the cups, combined with the lightweight construction and comfy earpads resulted in a set I could wear for hours and hours without problem; in fact, I never reached a point at which the Image One became uncomfortable, something I routinely look for when testing headphones. I even amazed myself a few times by forgetting I even had them on, and suddenly realizing “oh yeah, I’m wearing headphones.”

No surprise that the Image One’s sound signature is very, very close to that of the S4i. The sound is heavily biased toward the bass end, but with a smoothness that’s able to render low-frequency texture extremely well — better than any other headphones even close to this price range — and without ever a hint of buzziness. Unlike with the S4i though, I sometimes felt there was a little lacking in the middle, like the middle frequencies were hollowed out, or too far away (and no, “burn-in” didn’t alter this impression). Treble was good, with clean, three-dimensional highs, if not spectacularly bright.

Overall, because of the sest’s creamy bass sound, they do very well with folk, blues or classic rock — stuff that isn’t too boomy. For instance, listening to the album Brothers In Arms by Dire Straits was an experience: John Illsley’s bass guitar had just the right amount of punch and definition to carry Mark Knopfler’s dizzying guitar work. Beautiful. If Knopfler’s vocal grumblings sounded a little far away, it was easily corrected with a little equalizer tweak.

Thanks to its small size and a low-profile case, this compact set fits easily into a book bag or satchel, making them perfect to travel with. Sure, there are supra-aural (on the ear) sets that may be smaller — but these sets generally can’t match a good circumaural set  in terms of comfort, and almost certainly won’t match these (and if you have smaller ears than me, you’re likely to find the Image One much better at sealing out noise than most supra-aural style sets, save those that use active noise-cancelling tricks).

Also, the Image One’s meaty bass was usually good at overwhelming any ambient low-frequency noise that slipped through the cups’ seals — a good trait for headphones frequently dragged to noisy locations.

The Image One’s controls are exactly those used in the Klipsch Image S4i canalphones; thatis, they’re pretty good — easy to use, comfortable and comprehemsive, with track, call, volume control and a microphone (of course, for Droidizens, the volume buttons won’t work, because the chip used to control volume in headsets like these is proprietary to Apple).

There is one minor grumble here. The Image One’s cable is the conventional type: non-removable and connecting to both earcups, instead of the removable-type cable that plugs into a single cup via a 3.5mm jack, like so many of the Image One’s contemporaries are equipped with. This means the cable can’t be replaced if it goes bad. It also means it’s more likely to tangle — which happened fairly frequently, despite Klipsch’s assertion that this is a no-tangle cable. On the other hand, the cable looks and feels very robust, and Klipsch claims low-stress connection points.

The Image One comes with an airline adapter and a 3.5mm-to-quarter-inch jack adapter, nice additions. There’s also a two-year warranty. The earcups are replaceable, should they ever need to be.

An ultra-comfortable set with good sound, deep bass and call controls, and its small size and weight make it the absolute perfect travelling companion. 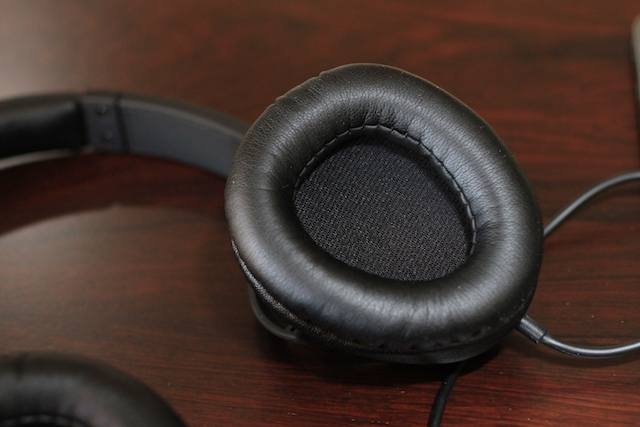 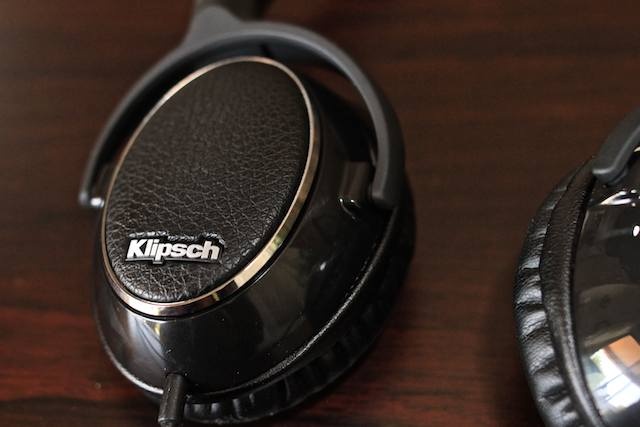 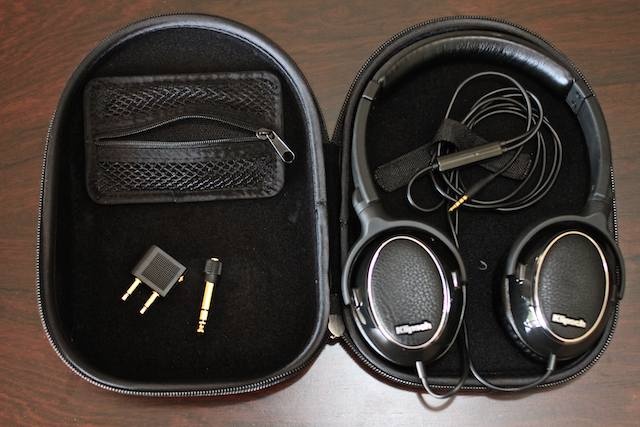