How much extra are you willing to pay to get the best iPad keyboard case possible? If your answer topped out at $10, then we’ve got the keyboard case for you, courtesy of Cirago. It works just fine, really, but you won’t mistake it for a Zagg. 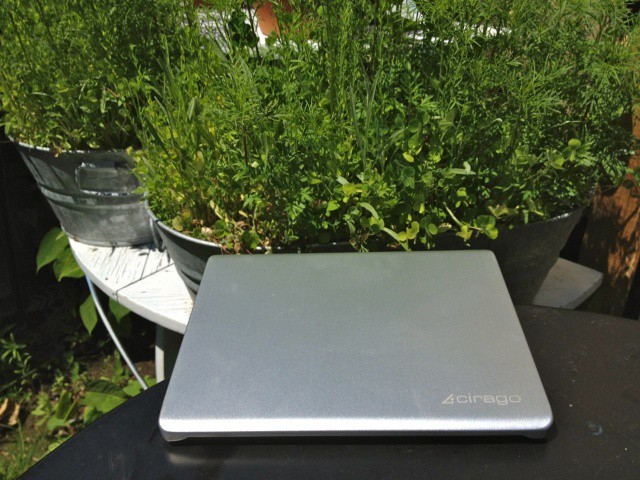 Cirago’s Aluminum Bluetooth Keyboard Case is basically a clone of the Zagg-style keyboard case we all known and love. It’s basically an alumium tray padded with rubber, on the inside of which rests a netbook sized keyboard. Most of the time, the Cirago Keyboard Case is used to protect the screen, but when you want to do some writing, you flip your iPad over, prop it up inside the tray using a flip-up plastic stand, and connect with Bluetooth. Presto change-o!

It works fine. Just fine. Like other cases of this type, it holds a pretty long charge, so it’ll work for a dozen hours on a single juice. The home keys have been replaced with system shortcut keys (for things like brightness, or search) or iTunes media keys. And typing on the Cirago is pretty comfortable.

The only problem is that while the Cirago works just fine, it doesn’t quite work as fine as, say, spending $10 more and getting a Zagg keyboard case, which works exactly the same, but looks better, has better keys, and fits better. Which makes the best thing about the Cirago that it costs just $89.99… $10 less than better keyboard cases.

While the Cirago case fits both the iPad 2 and new iPad, on the new iPad, the cut-outs for the docking cable and audio out jack don’t quite line up, presumably because of the new iPad’s increased thickness. It doesn’t impact functionality, but it makes the Cirago look like it doesn’t quite fit as intended.

Look, it’s $10 less. The Cirago’s probably one of the cheapest iPad keyboard cases you’ll fine, and it works just fine. But if you can afford an extra $10 — and come on, you can — do yourself a favor and buy a much, much better keyboard case. This one.