During today’s keynote Apple showed a slide that mentioned iOS 6 would get some “Redesigned Stores” but Scott Forstall never went into detail on what the stores look like. Now that we’ve got iOS 6 loaded up on our iPhones we’re finally able to see what the new stores look like and boy are they a great improvement over the predecessors. Here’s what the new App Store, iTunes, and iBooks look like in iOS 6: 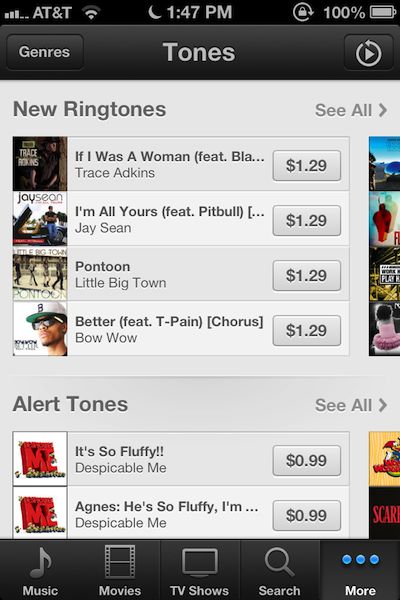 Even though there are some holes and missing features in the stores that are annoying – like not being able to view your past purchases in iBooks – we think the redesigned stores are a significant improvement. But what do you think? Let us hear your thoughts in the comments.