Oh, man. With WWDC just around the corner, the rumors are rising high enough to choke us. This latest comes from “a source in China” by way of our friends over at ZooGue cases, Tim Angel and Graham Smith. It’s an “iPad nano,” and it may or not have “fake” written all over it. 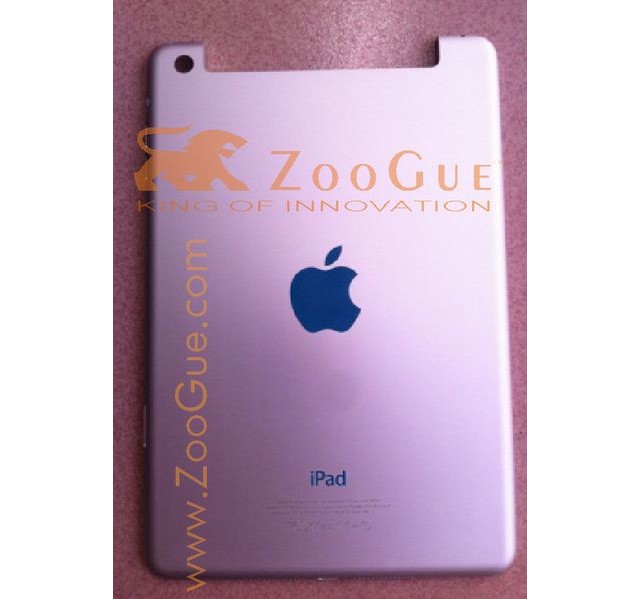 The case design purportedly houses a 7.58-inch screen, instead of the 7.85 inches widely reported as fact by various rumormongers, and departs from the current iPad design in a few ways other than just its size.

First, the dock connector has shrunk, in line with some supposedly leaked shots of the iPhone published recently. Second, there are two speaker grilles, presumably for stereo sound (although one could hold a mic).

We kicked these photos around our Cult of Mac chatroom. Killian thinks that “it just looks too… cheap to be an Apple part” and I agree, although I said the exact same thing about the leaked iPad 2 case and look how that turned out.

Some things make sense — it’s a little fat looking, which makes space for lots of battery — and others don’t: the case is less square than the current iPad, with a long, thin shape.

Is Apple going to announce an iPad nano at WWDC next week? Or will there be no hardware announcements at all? I guess we don’t have long to wait to find out.