The jailbreak community has fostered incredible iOS innovation and created friendships that span continents, but there’s an unfortunate underbelly associated with jailbreaking that continues to thrive: app piracy. Sadly, millions of people still jailbreak their iOS devices only to download paid apps from the iOS App Store for free.

Installous, the main hub of iOS app piracy, just received a big update that makes the process of downloading cracked apps even easier.

Disclaimer: Cult of Mac does not condone app piracy. You’re getting something that costs money for free without the seller’s permission, which is considered stealing in most circles.

The Hackulous community has been reverse-engineering Apple’s DRM since the App Store’s debut on the iPhone in 2008. Apptrakr is a web-based index for cracked iOS apps that serves millions upon millions of unique pageviews per month. Apptrakr is the heart that pumps cracked apps through the veins of Installous, a free storefront app that can be downloaded through Cydia.

Why do these hackers crack legitimate App Store apps and offer them to the world for free? Hackulous was birthed out of a frustration with the fact that Apple does not allow trials of paid apps in its App Store. Many developers resort to free or ‘lite’ versions of their apps to entice buyers, but the Hackulous community doesn’t think Apple is doing enough. 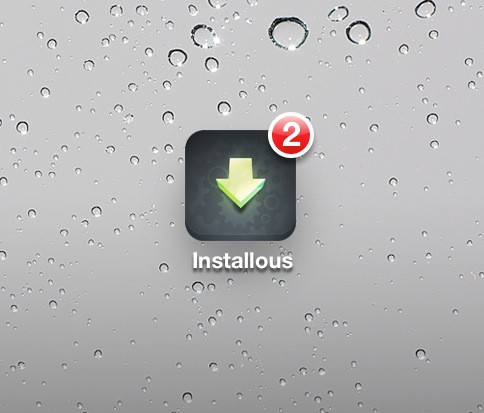 Over the weekend, Installous was updated to version 5.0. The update brings BitTorrent integration, allowing pirates to download cracked apps via peer-to-peer .magnet links. “Installous is the first mobile installation client to support BitTorrent downloading,” said Hackulous frontman Dissident. “This is a huge milestone for the community, and we plan to progress further with future updates.”

“Installous uses magnet links, a decentralized way of obtaining torrent metadata,” said Dissident. “As a result, we don’t host any .torrent files. We also use peer exchange (PEX), otherwise known as trackerless torrents. Both of these features make the entire process completely decentralized and uninterruptable. Demagnetization may be slow in some cases (especially for obscure apps), but we’ll be working hard to speed up that process.”

You would previously have to download a cracked app from a random file-sharing site. According to Dissident, the latest Installous now features the ability to pause and resume downloads, an option that most file-sharing sites don’t give to free users. BitTorrent also provides faster download speeds and more reliable connections for pirates to download cracked apps.

Thanks to the new BitTorrent integration, “Installous will seed from the device only while the download is ongoing, and only if you’re on WiFi. When the download finishes, it will stop seeding. We use libtransmission from the famous Transmission OSX client, which includes support for all modern BitTorrent features (DHT, UPNP, encryption, etc.),” according to Dissident.

Back in 2010, Hackulous said that Installous was installed on 8-9 million jailbroken iOS devices.