How to export Apple Card transactions to a spreadsheet
Last chance: Save 40% on Rilee & Lo’s beautiful Apple Watch bands
How to preview installed fonts on your iPad
Bring vivid HDR effects to your photos with one click [Deals]
2020 iPhone could swap midnight green for beautiful navy blue
Today in Apple history: Letterpad gives us a preview of Apple Watch gaming
Share your music with other AirPods, wirelessly
Why it’s a great time to upgrade your aging MacBook
iPhone 11 solidly outsells Pro series
Tim Cook calls for global overhaul of corporate taxes

Kicking off this week’s must-have apps roundup is a beautifully simple timer app for the iPhone that could mean you never need to set timers manually again. There’s also a terrific app for beaming your photographs to almost any display — without additional hardware or software. Plus lots more. 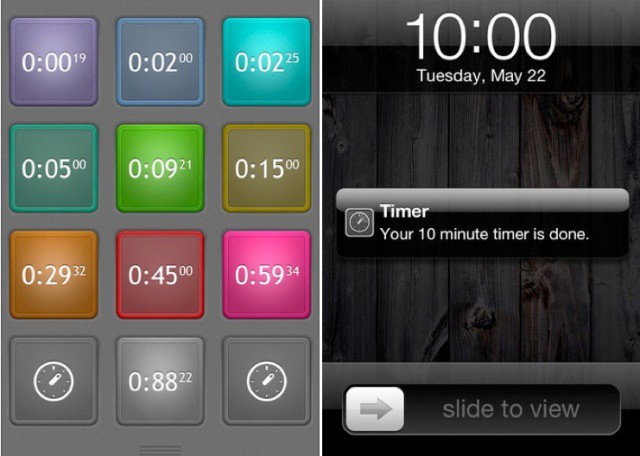 There isn’t a great deal to say about Timer, and that’s not because it’s not great, but because it’s just so simple. Its entire App Store description reads:

Setting a timer shouldn’t be a chore. Tap to start, tap to stop, tap and hold to edit. That’s it. That’s Timer.

Rather than setting a timer each time you need it, Timer allows you to make your own presets, so that all you need to do is open up the app and tap the right one to start the countdown. It doesn’t sound like much — and that’s because it really isn’t — but Timer is a terrific app for those who are always setting timers on their iPhone. In fact, I’m surprised the App Store hasn’t seen an app like this before.

Scalado PhotoBeamer is one of the most innovative iPhone apps I’ve seen for some time. The best way of describing it is like AirPlay with added magic. It allows you to beam the photographs that are stored on your iPhone to any display — without the need for wires, additional software, or additional hardware like the Apple TV.

Simply open PhotoBeamer on your iPhone and then select the first photo in the album you’d like to show off. Then visit www.photobeamer.com in a web browser on the display you’d like to beam your image to. You’ll then be presented with a QR code — scan this with your iPhone and your photographs will be shown on your display instantly. Check out the video above to see PhotoBeamer in action. 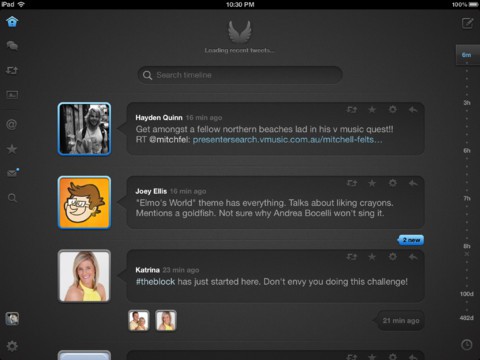 Quip is a beautiful Twitter client for the iPad that focuses on streamlining and condensing your timeline, and specifically the conversions within it. Following a conversation on Twitter isn’t always an easy task, and depending on which client you use, you can be digging around in your timeline for a while to find the whole thing.

But with Quip, you don’t need to dig around your timeline in search of replies, because it groups them all together in chronological by default. This means entire conversations are incredibly easy to access, and even easier to follow.

In addition to the conversation filter, Quip can also filter your timeline based on retweets, or it can display only tweets that include images. 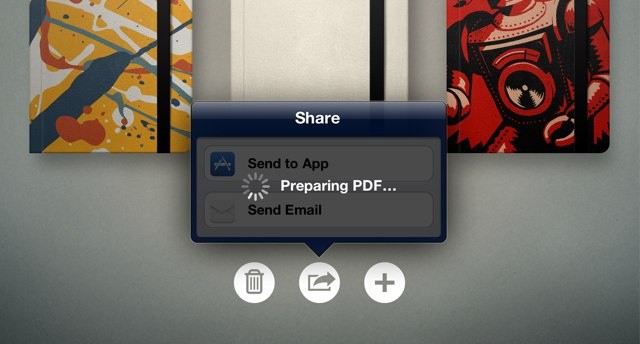 Paper, the hugely popular iPad drawing app by FiftyThree, just got a new update that finally allows you to export your sketches as PDF documents, and introduces an increased “Rewind” history.

Not only can you share your Paper drawings with your friends via Facebook, Twitter, and email, but with version 1.0.23 you can also export them your notebooks — complete with all their pages — as PDF documents to other apps or email. In addition to this, the app’s Rewind undo feature has been modified to support a lot more gestures. With the previous release, it was limited to removing just 20 lines. But since the update, it’ll handle more than double that number.