Gadget Lab got a hot tip from an “Apple insider” this afternoon about the much-rumored “MacBook Air,” purported to be an ultra-light laptop that relies primarily on wireless technology instead of cables. Though the renderings in this post are merely clever photoshops (pretty clearly based on the new Apple Bluetooth keyboard), our friends at Wired say it sounds real:

An Apple insider told Wired today that the company’s new ultraportable, expected to be seen in public for the first time tomorrow, has an extremely thin profile and is shaped like a teardrop when closed thicker at the top behind the screen, tapering at the bottom behind the keyboard.

The device is made of aluminum and glass, and uses the same design language as recent Apple consumer products: black on silver.

The tapering is an interesting strategy. All of the tapering laptops I can think of are incredible fat at the hinge before getting somewhat thin at the edges. If it got no thicker than existing MacBook Pros and got thinner still? That would be hot. I don’t buy the inductive powering rumor, though. Though seemingly elegant, it would require a charging station, which seems pretty anti-Apple. Still, only 12 hours to go! Anyone else got a crazy rumor for the mill? 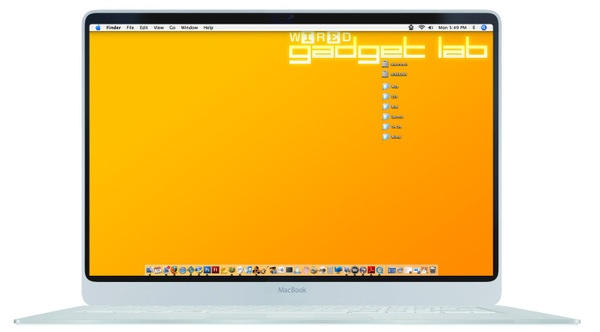