Kirikae, a free jailbreak app switcher/launcher for the iPhone, is yet another forbidden app that shows exactly how simple power features can drastically improve the iPhone user experience. With two clicks of the home button you can switch between apps while automatically backgrounding the app you leave. Kirikae was initially released on September 7, and the recent update (version svn.r49) adds more great features to an already killer app switcher. 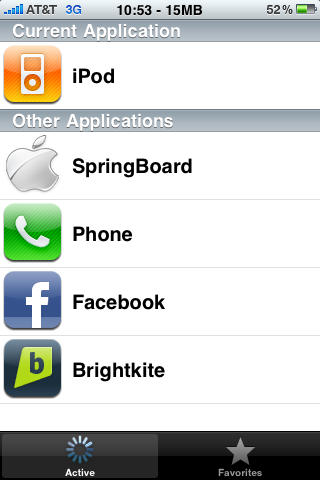 Kirikae works just like you think it should. Double click your home button to bring up the app switcher, select the app that you want to switch to, and Kirikae keeps everything active thanks to Backgrounder. You can use Kirikae to quickly access backgrounded apps from the home screen as well. The app itself is light on system resources which is always a concern when you’re dealing with Mobile Substrate. 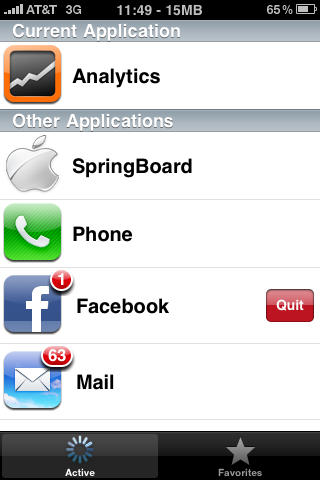 Another handy feature is the ability to quit apps from within Kirikae. Just select the application that you want to quit with the customary finger  slide, then hit quit. As it should, sliding your finger over SpringBoard gives you the option to respring. 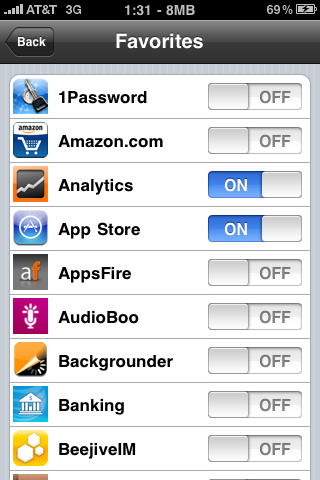 Kirikae’s newest feature adds a favorites tab to the app switcher. To select apps to add to the favorites tab, open up the Kirikae app from SpringBoard (not using the home double tap). Similar to apps like Poof!, just turn on the apps you want to show up in the favorites tab. 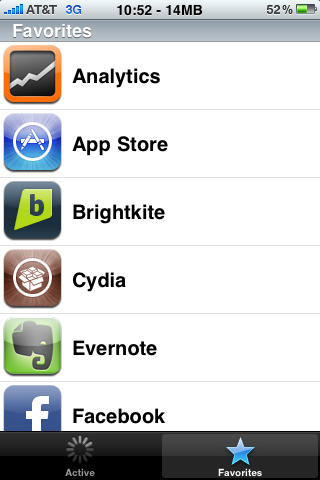 The favorites tab is a great addition to Kirikae, but I would love to see the next update let me order my favorite apps in a non-alphabetical sequence. Also, Kirikae opens immediately which is a problem when invoking during the opening of another app. The task switcher window pops up for a second then switches back to the opening app which seems glitchy. But trust me, I’m not complaining.

Number of comments on this postLeave a comment
Posted in: Reviews Tagged: iPhone