A teardown of the new nano throws some light on the two big questions raised by Apple’s new iPod line: Why doesn’t the iPod touch have a camera, and why can’t the iPod nano take still pictures?

The teardown by iFixit reveals that a camera would have fit in the iPod touch, but it would be a very tight squeeze.

“Unlike the Nano, the iPod Touch could conceivably support an iPhone-sized camera, although it would certainly be an engineering challenge,” said Kyle Wiens, CEO of iFixIt.

The ability of the iPhone’s camera to fit inside the iPod touch calls into question statements made by Steve Jobs after Wednesday’s product event. The exclusion of a camera was primarily for reasons of product differentiation, Jobs told the New York Times.

Prior to the event, an unsourced report said iPods with cameras were being delayed because of technical issues. And now AppleInsider is reporting that the camera was kept out because it wasn’t up to quality. Apple will be adding it as soon as the bad part is fixed, AI says.

The exclusion of a camera in the touch is a real puzzle because there was more evidence than normal to support the rumor. Pictures of prototypes were published, and dozens of case manufacturers were leaked the specs of the camera, which was put in a new position — the center of the back, rather than being offset like the iPhone before it.

The question about the inability of the iPod nano to take still pictures is easier to answer. The iFixit teardown reveals that the the iPod nano is only 6.2 mm thick, leaving no room for the iPhone’s 6 mm camera. When the iPhone camera’s rubber mount is also included, the component is thicker than the entire iPod nano. By comparison, the nano’s VGA (640 x 480) camera is only 2.75 mm thick. 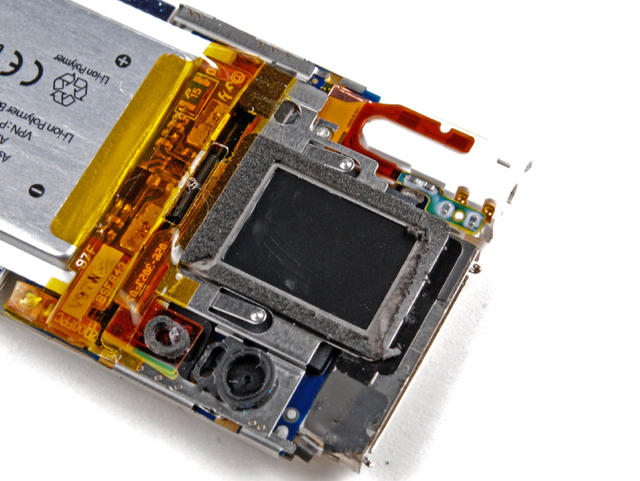