All the icons for folders and apps in Snow Leopard are now drawn in glorious 512 x 512 pixels. It’s a step toward making the operating system resolution independent, and perhaps also to make Snow Leopard a touchscreen friendly OS.

But it’s also obviously done just for the art of it. These icons are real beauties. They are full of great details and little surprises. One icon contains the words to a song, visible only if you blow it up to its full size. 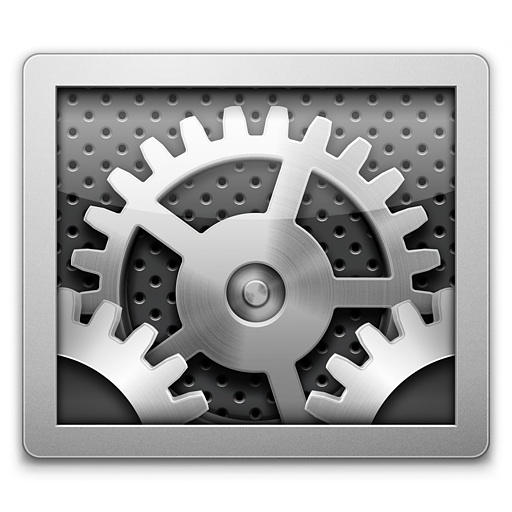 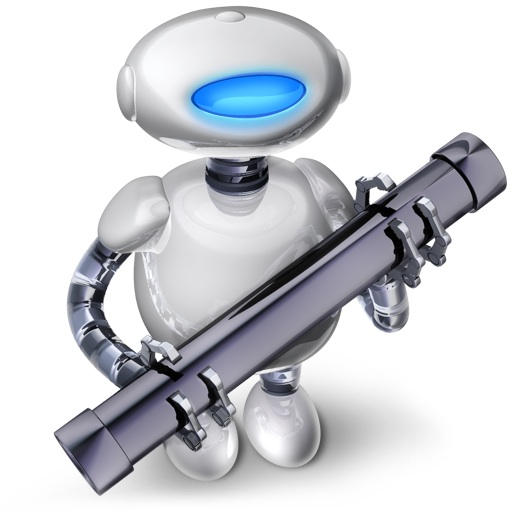 These are two of my favorites. System Preferences is simple and iconic. The grille looks like the front of my Mac Pro. I like the Sorayama-like shiny chrome of the Automator bot. 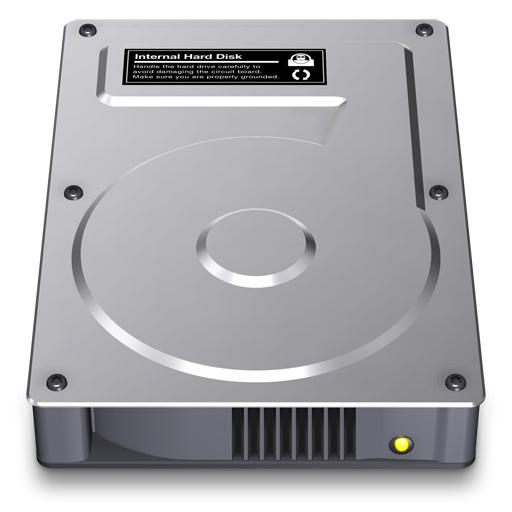 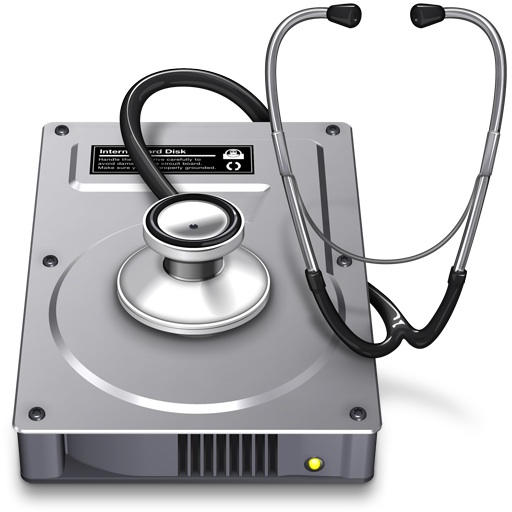 Look carefully and you can read the text in the hard drive label: “Internal Hard Disk. Handle the hard drive carefully to avoid damaging the circuit board. Make sure you are properly grounded.” 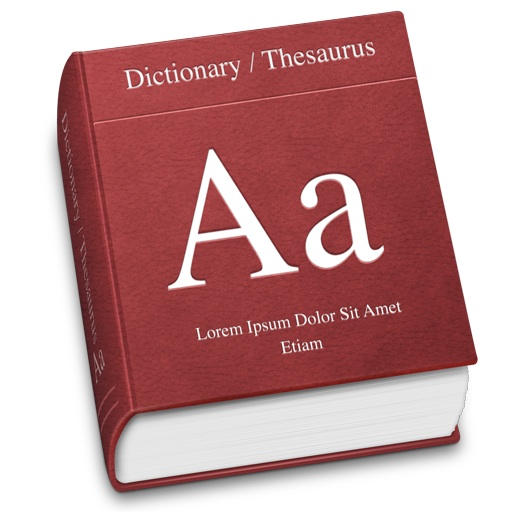 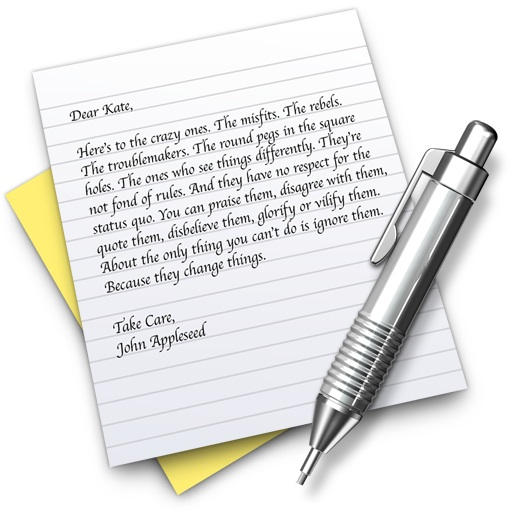 The Latin text on the Dictionary icon is Lorem Ipsum placeholder text from the publishing industry. When creating dummies to show off design elements or fonts, designers will often use Latin text to fill in the text boxes: “Lorem Ipsum Dolor Sit Amet Etiam.”

The TextEdit icon contains the words to the “Think Different” television commercials that Apple ran in the late 1990s.

“Here’s to the crazy ones. The misfits. The rebels. The troublemakers. The round pegs in the square holes. The ones who see things differently. They’re not fond of rules. And they have no respect for the status quo. You can quote them, disagree with them, glorify or vilify them. About the only thing you can’t do is ignore them. Because they change things. They push the human race forward. And while some may see them as the crazy ones, we see genius. Because the people who are crazy enough to think they can change the world, are the ones who do.” 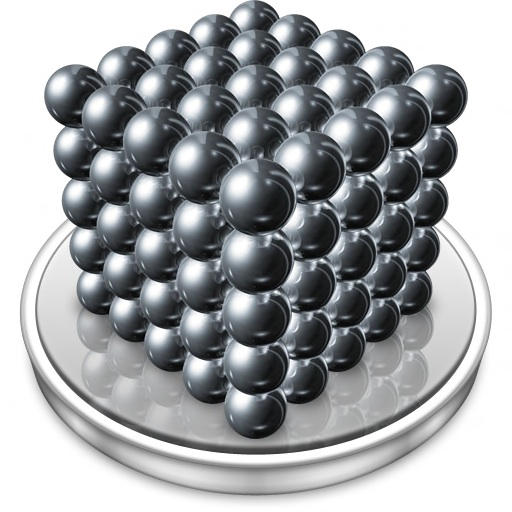 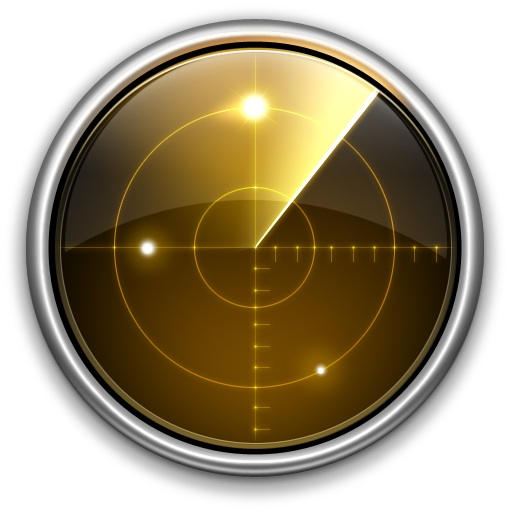 Some of the nicest app icons are hidden away in obscure folders. The stacked ball bearings of the Xsan Admin icon refer to “volume” — the app is used for administering storage volumes.

The Network Admin is found in the Utilities Folder, and although I’ve never used it, I do like detailed radar screen. (Yeah, I know the Utilities folder isn’t obscure, but it’s Friday afternoon. Gimme a break). 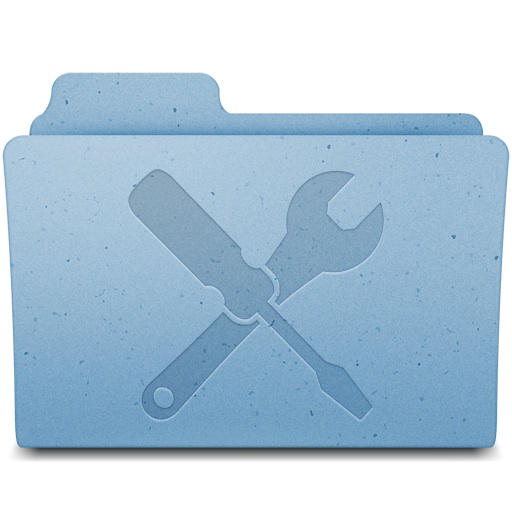 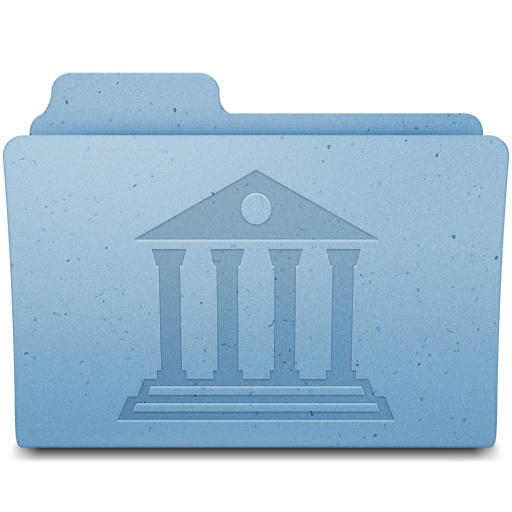 Talking of folders, I really like the papery flecks on the folder icons. The top is the Utilities Folder and the bottom the Library Folder.

Hidden Lyrics in the Keynote Icon 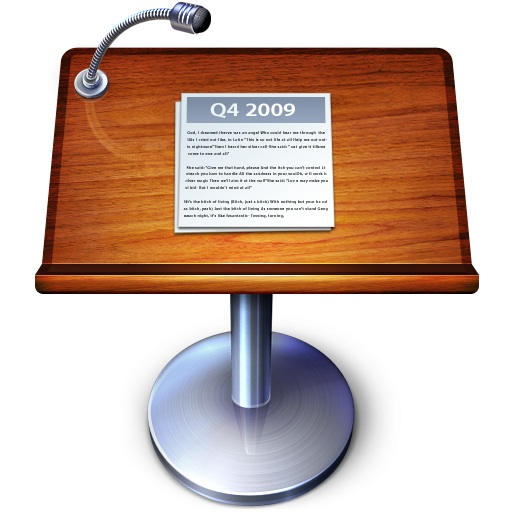 The Keynote Icon contains the lyrics to”The Bitch of Living Lyrics” by John Gallagher Jr. & Boys. Why is it in Keynote? Ken Drake, who first decoded the icon, notes that the song was given away as a free iTunes sampler in January 2007. Perhaps the designer just liked the song? Others have noted that the song is sung in the musical Spring Awakening to “express frustrations, motivations, and desires directly to the audience.” Keynote, audience? Er, yeah, doesn’t make sense to me either.

Here’s how the song goes:

“God, I dreamed there was an angel, Who could hear me through the wall As I cried out-like, in Latin “This is so not life at all Help me out-out-of this nightmare” Then I heard her silver call- She said: “Just give it time, kid I come to one and all”

She said: “Give me that hand, please And the itch you can’t control Let me teach you how to handle All the sadness in your soul Oh, we’ll work that silver magic Then we’ll aim it at the wall” She said: “Love may make you blind kid- But I wouldn’t mind at all” 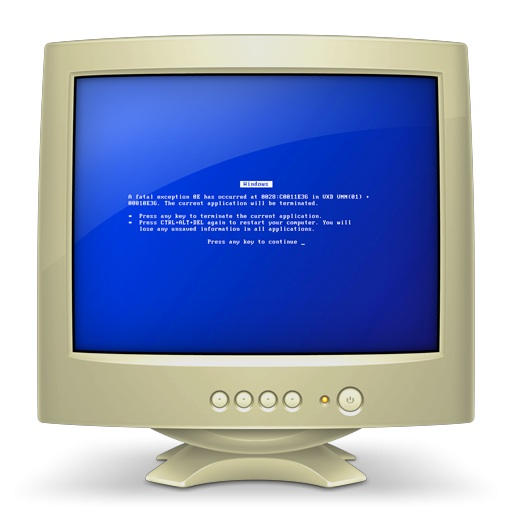 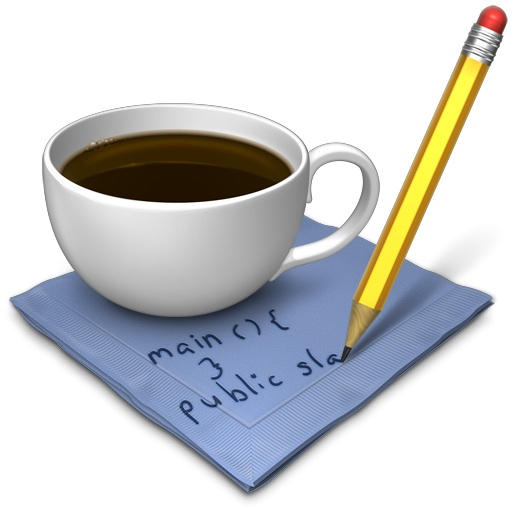 When browsing a network, this is the icon for a Windows PC — an old, beige CRT monitor with the Blue Screen of Death. Pundit Anil Dash said it was arrogant, ugly and smug. 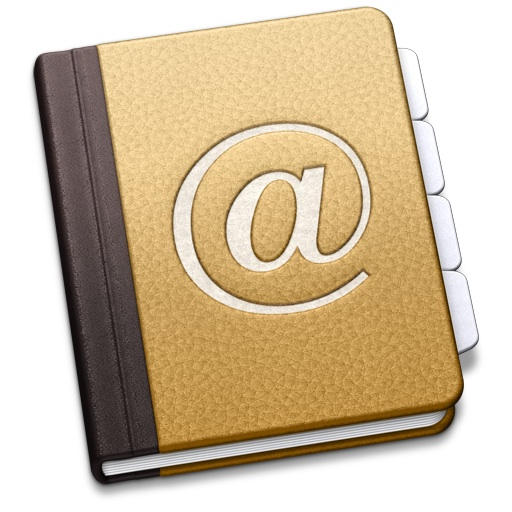 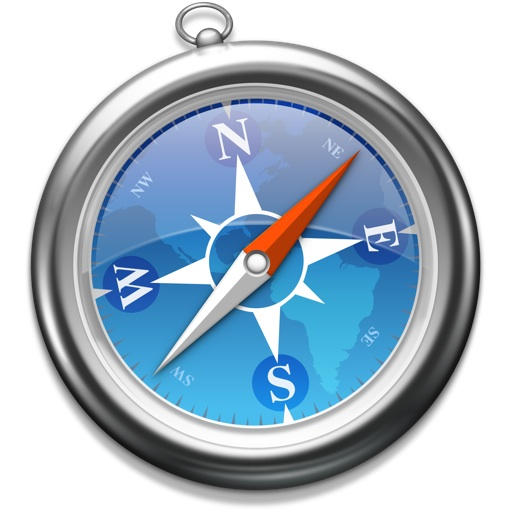 Look at the detail of these two icons. You can almost feel the faux-leather texture of Address Book’s cover; and I like the way Safari includes the minutes of the compass and the American continent in the background. 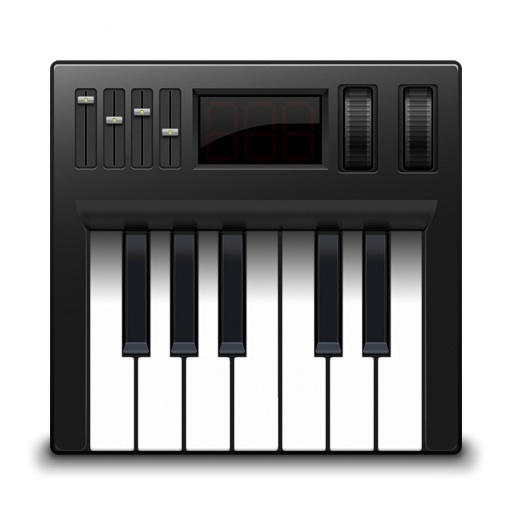 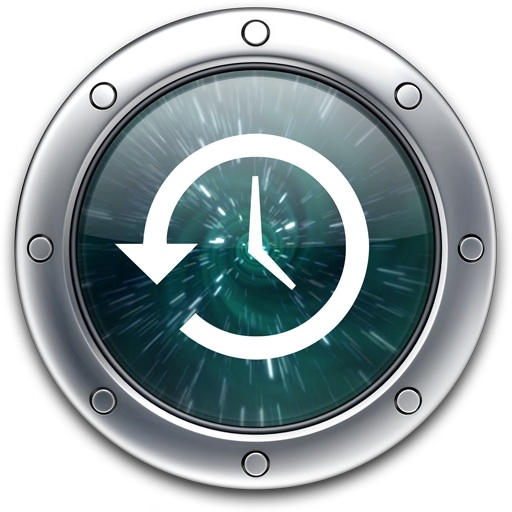 Here are two more nicely detailed icons: look at the LCD screen of the MIDI Setup app — you can see the outline of the LED bars. And dig the Star Wars hyperspace effect in Time Machine. 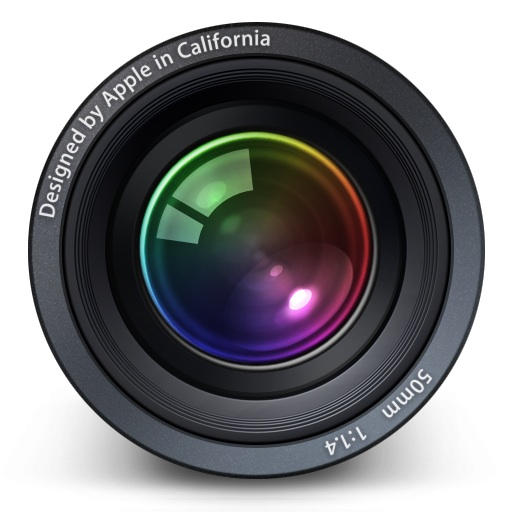 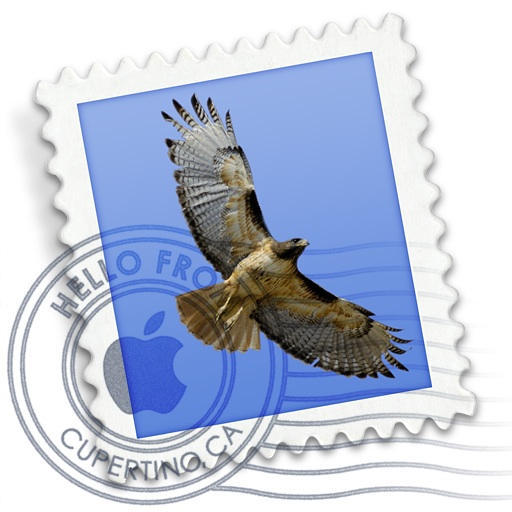 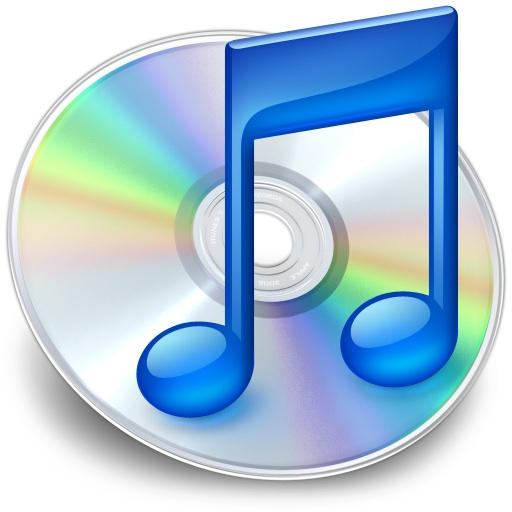 These three icons make rare direct references to Apple. The Aperture icon says “Designed by Apple in California,” the tag line used on many of the company’s products. The Mail app includes a postmark that says, “Hello from Cupertino, CA.” — the location of Apple’s headquarters. And in the iTunes icon, look at the middle of the CD spindle. It says: “iTunes 7” and “Apple 2006.” 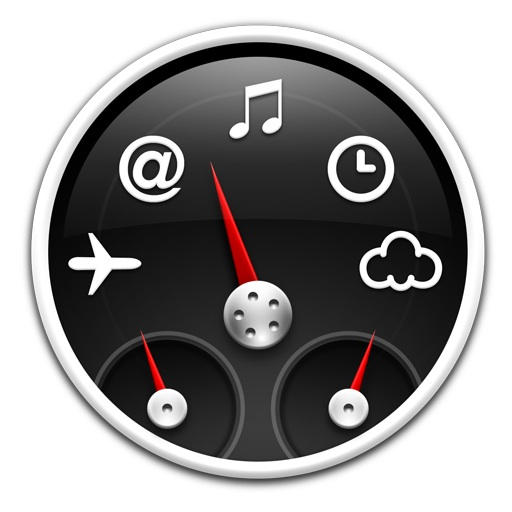 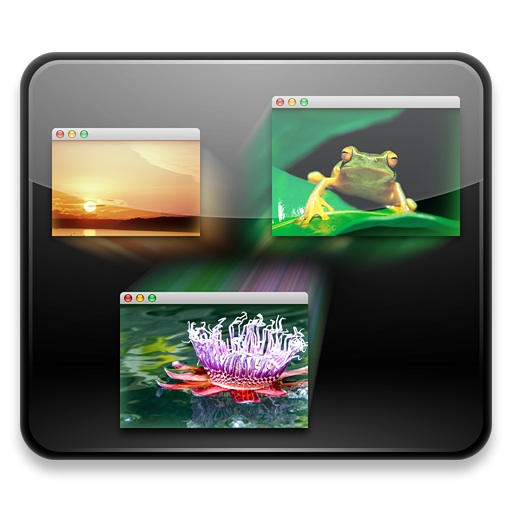 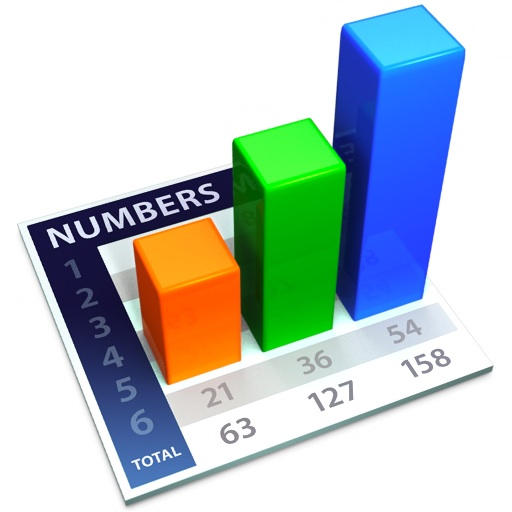 These three icons make good use of reflections and transparency. Look at Numbers icon. See the reflections in the blue and green columns? These are invisible at anything but the largest icon size. Manic Steve Jobsian-attention to detail, or Apple’s fantastic sweating-every-detail? I say the latter.